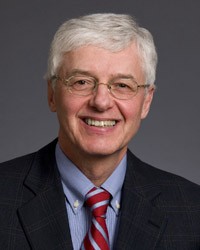 The Honourable Kevin Lynch served as the Vice Chairman of BMO Financial Group from 2010 to 2020. Prior to that, he was a distinguished former public servant with 33 years of service with the Government of Canada, serving as Clerk of the Privy Council, Secretary to the Cabinet, Deputy Minister of Finance, Deputy Minister of Industry, as well as Executive Director for Canada at the International Monetary Fund.

Dr. Lynch is a director of CN Railway and Communitech, Director Emeritus of the Governor General’s Rideau Hall Foundation, as well as a Member of the Bretton Woods Committee.

Dr. Lynch earned his BA from Mount Allison University, a Master’s in Economics from the University of Manchester, and a doctorate in Economics from McMaster University. He was made a Member of the Queen’s Privy Council for Canada in 2009, was appointed an Officer of the Order of Canada in 2011, has received 11 honorary doctorates from Canadian Universities, and was awarded the Queen’s Golden and Diamond Jubilee Medals for public service.