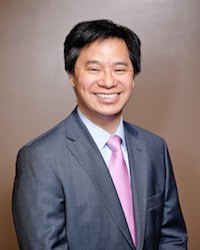 Paul Lee is the founder and a Managing Partner of Vanedge Capital Partners, a Vancouver-based venture capital fund focused on making investments in analytics and analytics infrastructure, hard technologies, and computational biology. The Vanedge team helps entrepreneurs with a combination of deep technical expertise, strong network connections, and cross border operational experience to rapidly scale product development, marketing, and sales. Mr. Lee was the former President of Electronic Arts, Inc. (EA), the global leader in interactive computer and video game software, where he was responsible for worldwide product development.

Mr. Lee has been an active angel investor with successful investments in: Distinctive Software, a games developer that merged with EA in 1991; ALI Technologies, a digital radiology information systems company, sold to McKesson in 2002; ActiveState, a spam-management and open-source software company sold to Sophos in 2003; Blast Radius, a leading strategic interactive marketing agency, sold in 2007 to the WPP Group; and Bycast, an enterprise cloud storage provider, sold to NetApp in 2010. At Vanedge, Mr. Lee was involved with Wurldtech, an industrial company, sold to General Electric; Recon Instruments, a wearables company, sold to Intel; Privacy Analytics, a medical privacy company, sold to IMS Health; and, Playnomics, an analytics company, sold to Unity; among others. Mr. Lee is Chair of D-Wave Systems and the Quantum Gravity Society and a board member or observer of Canalyst, Cogniac, Vendasta, Rideau Hall Foundation, Alberta Innovates, and the Dean’s Advisory Council for UBC’s Sauder School of Business.

Mr. Lee was awarded the Outstanding Young Alumnus Award from UBC in 1996, and the B.C. Technology Industries Association Person of the Year Award in 2002. He received the Commemorative Medal for the Golden Jubilee of Her Majesty Queen Elizabeth Il in 2003 and was recognized as an Honorary Fellow of UBC's Sauder School of Business in 2005. In 2009 he was awarded an honorary master's degree from the Master's of Digital Media Program at Great Northern Way.