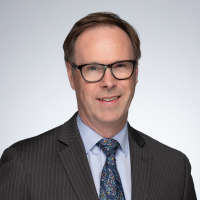 Peter was Chair of the Canada China Business Council from 2003 to 2018 and director of Eagle Creek Renewable Energy Inc. from June 2013 to November 2018. He served on the board of the St. Mary's Hospital Foundation and of the Center for Interuniversity Research and Analysis on Organizations (CIRANO). He was also a member of the Board of Governors of Concordia University from 2000 to 2005 and served as Chair from 2005 to 2012.

He was a member of the advisory board of the School of Business at Memorial University of Newfoundland, a director of the Canadian Association of Broadcasters and chaired the Government Task Force on Digital Radio in 1992.

Peter obtained a Bachelor of Commerce degree from Concordia University and an MBA from the European Institute of Business Administration (INSEAD).