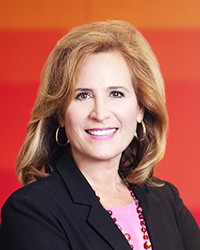 Sandra Pupatello was first elected to the Ontario Legislature in 1995 and was appointed to Cabinet in 2003. She served most of her years in Cabinet as Minister of Industry and Trade, where she led trade delegations in most major markets around the world and provided steady leadership through a uniquely challenging economic climate. Sandra chose to enter the private sector launching her management consulting firm, Canadian International Avenues, after leaving office in 2011. She subsequently worked with PwC Canada as the firm's Strategic Advisor: Industry, Global Markets & Public Sector. Sandra's depth of experience, network of business contacts, global experience, and public profile enabled her to drive growth for the firm and its clients, domestically and on the global stage.

Sandra sits on the boards of Martinrea International Inc., a global auto parts maker, the Asia Pacific Foundation of Canada, and is Chair of the Pearson Centre, a centrist think-tank based in Ottawa. She is Vice-chair of Ontario Global 100, which is instrumental in encouraging trade among Ontario companies. She is also the former Chair and Board member of Hydro One, Canada's largest transmission company.

Sandra's ongoing commitment to community betterment and mentoring women who aspire to lead led to her receiving the Women's Executive Network's (WXN) Top 100 Canada's Most Powerful Women award. She was recently awarded the Business Woman of the Year by the ICCO in Toronto, Canada, and the Innovation and Global Growth Award by the Bank of Montreal, one of Canada's largest banks.