Canada’s largest pension fund hit the jackpot with its 2014 investment in China’s e-commerce giant, Alibaba. This looks to be the first of many ground-breaking investments in Asia. 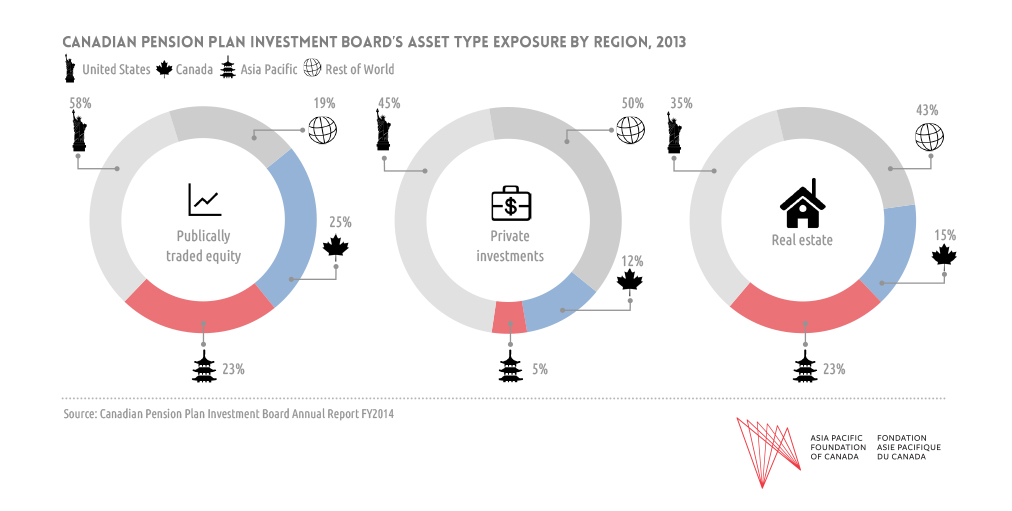 Canadian pension funds are now rapidly expanding their physical presence and investment exposure in Asia. For example, as of 2014, Canada’s largest pension fund has grown its asset exposure in the Asia Pacific region to 14.7% of all their assets.

As the Alibaba investment clearly shows, Asia is the next big opportunity.

Pauline is a Post-Graduate Research Fellow at the Asia Pacific Foundation of Canada.