Journey to the West: The Strategic Importance of China’s Western Frontiers

As China comes of age in the modern global economy, its approach to global diplomacy is evolving as it advocates a greater role for itself in the international order. According to Foreign Affairs, the People’s Republic of China’s grand new geostrategic focus lies in its western frontiers – targeting economic potential in Xinjiang and regions west, in Central and South Asia. This calculated shift to the west redefines China’s geostrategic vision and is part of its ambitious “one belt, one road” initiative, the integral element in China’s ambitious and renewed push to cement its global position.

Xinjiang, China’s lesser-known autonomous region located in the northwest of the country, plays an increasingly significant role in the PRC’s national designs as one of China’s top gas-producing regions and as a critical pathway into Central and South Asia – new markets for energy resources and trade. China National Petroleum Corporation (CNPC) has developed two West-East gas pipelines connecting Xinjiang to Guangdong, Shanghai and Beijing, greatly expanding the upstream potential to supply markets in eastern China. However, in recent years ethnic tensions, riots and civilian attacks by fundamentalists have embroiled the region in a hotbed of social and political unrest. National security concerns in the form of homegrown terrorism are at the forefront of PRC concerns – an unstable western frontier in Xinjiang could translate into disruption of vast economic potential in Xinjiang and western regions beyond.

CPEC (China Pakistan Economic Corridor), a bilateral agreement valued at US$46 billion, made headlines earlier this year when it was officially signed into agreement. This treaty links Kashgar, Xinjiang to Gwadar, Pakistan, and will see China invest significant amounts into energy and transport infrastructures along this route. CPEC’s benefits to China are multifold. The treaty’s blueprint strategically secures an alternative trade route other than the vulnerable, U.S.-controlled Strait of Malacca. A new trade pathway and new entry port advances China’s land and maritime power, allows resources to flow more easily from the Persian Gulf into China, and demarcates a shorter route for Chinese goods to enter world markets.

The close connection between China and Central Asia is another manifestation of China’s go-west strategy, with capital-intensive energy ventures at the heart of these partnerships. State-owned oil and gas producer/supplier CNPC has been staking its claim on Central Asian resources and utilizing the area to diversify its oil import routes. The Central Asia-China Gas Pipeline, starting from Turkmenistan and running through Uzbekistan and Kazakhstan before reaching Xinjiang, is estimated by CNPC to hit 55 million cubic metres by the end of 2015, totalling 20 per cent of China’s annual gas consumption. In 2013 alone, CNPC purchased an 8.33 per cent stake in the world’s most expensive energy project, Kazakhstan’s Kashagan Oilfield, and signed US$30 billion worth of deals with the nation, mainly in the form of energy projects. The newly-launched Asian Infrastructure Investment Bank (AIIB), which will finance development along the “one belt, one road” route, highlights four Central Asian republics (Kazakhstan, Kyrgyzstan, Tajikistan and Uzbekistan) as its founding members, further signifying China’s enduring stake in Central Asia.

Diversification of Canadian energy exports to new markets could be beneficial in various ways. As Chinese capital flows to infrastructure projects linked to the AIIB, Canada’s FDI flows are decreasing, as it lacks the capital needed to develop its own energy infrastructure. The Great White North potentially risks missed economic opportunities in the form of infrastructure and energy projects with the PRC if it does not engage China in a timely, effective and intelligent manner. Opined the CBC’s Patrick Brown in an analysis piece earlier this year: “The latest catchphrase [The Silk Road], describes the extraordinary campaign to recreate and surpass the glory days of the [ancient] Silk Road; they also explain some of the reasons why, in the past two years, Chinese investment in Canada has dropped from billions of dollars a year to next to none, and why no Chinese leader has visited Canada in close to five years.” 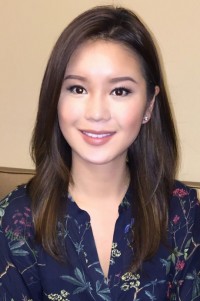 Yvonne conducts research and marketing for The Economist Group's conferences in the Asia-Pacific region. She graduated from the University of Calgary with a bachelor of Political Science.