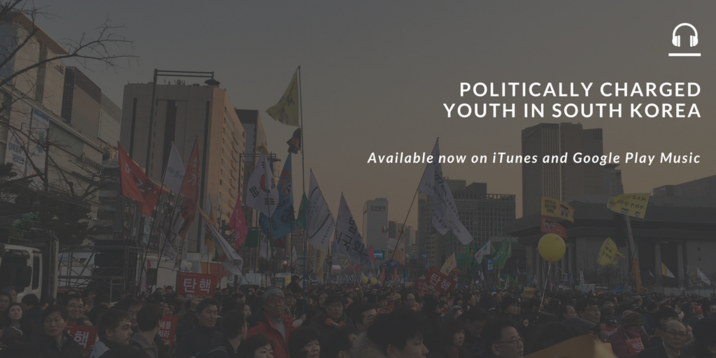 On March 10, 2017, South Korea’s constitutional court announced in a unanimous 8–0 decision the impeachment of then-President Park Geun-hye – marking the season finale of a high-stakes political drama that captured global attention beginning at the end of 2016. But as the world tuned in week after week for the outrageous rumours and stranger-than-fiction revelations that surrounded the President Park, it was South Korea’s youth that truly took centre stage as they stepped out into the social and political limelight of their divided nation.

Welcome to the final instalment of The Youth Element’s 3-part break-out series on political engagement. After exploring activism and social consciousness among millennials in Japan, Taiwan, and Hong Kong, co-hosts Linda, Justin, and a special guest, turn their microphones on South Korea. Join our hosts as they unravel the catalytic role South Korean youth played in the President Park scandal, and why youth continue to be at the centre of the controversy long after Park’s bitter end, and the election of President Moon Jae-in.