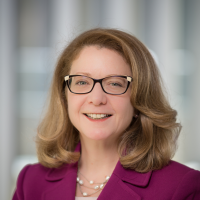 Melissa Kennedy leads Sun Life’s legal, compliance, government relations, and corporate secretary functions, and is the Executive Sponsor of Sustainability. Through proactive partnership and ensuring optimal governance, Melissa and her teams guide the company to deliver on its purpose to help clients achieve lifetime financial security and live healthier lives.

Melissa joined Sun Life in 2014 with a breadth of experience spanning private practice, regulatory, and in-house roles. Prior to joining Sun Life, she was Senior Vice-President, General Counsel and Corporate Affairs, for the Ontario Teachers' Pension Plan. Melissa started her career in private practice, followed by roles as head of the prosecution team at the Ontario Securities Commission and as Vice-President, Associate General Counsel, at CIBC.

A passionate advocate for diversity and inclusion, Melissa is a founding member of Legal Leaders for Diversity and Inclusion, a group of Canadian General Counsel that promotes Diversity, Equity, and Inclusion in the legal community. In 2012, Melissa received the General Counsel of the Year Award and in 2016, The Women's Executive Network recognized her as one of Canada's Most Powerful Women. In 2017, Melissa received the Distinguished Alumnus Award from the University of Toronto and in 2019, Chambers and Partners recognized her as one of Canada’s 15 Most Influential General Counsel. In 2020, she was honoured by The Directors’ Roundtable with World Recognition of Distinguished General Counsel.