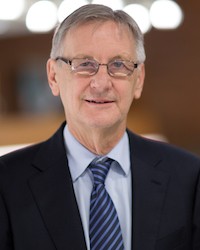 Dan Ciuriak is Director and Principal, Ciuriak Consulting Inc. (Ottawa), which provides analytical and policy analysis services related to international trade, finance, industrial policy, and economic development. He also holds fellowships with the Centre for International Governance Innovation (Waterloo), where his research interests are focussed on the nexus between innovation and trade, and quantifying the economic impact of the digital transformation, and with the C.D. Howe Institute (Toronto), where he focuses on Canadian trade policy issues. Dan has published widely as author and editor, including numerous studies on Canada’s trade relations in the Asia Pacific, and comments frequently in the media.

Previously, Dan was Deputy Chief Economist at the Department of Foreign Affairs and International Trade (DFAIT, now Global Affairs Canada) with responsibility for economic analysis in support of trade negotiations and trade litigation, and served as contributing editor of DFAIT’s Trade Policy Research series. Prior positions with the Government of Canada include serving as deputy to the Chair of the APEC Economic Committee, as Finance Counsellor at Canada's Embassy in Germany, and as Chief of the Financial Institutions section at the Department of Finance.

As an Australian-born Canadian who arrived in the port of Vancouver, British Columbia on the SS Oronsay on June 10, 1960, Dan claims a lifelong connection with the Asia Pacific. He studied at McMaster University, earning a Master’s degree in economics in 1977.