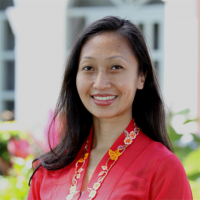 Previously, Ms. Noor was Associate Professor at the Daniel K. Inouye Asia-Pacific Center for Security Studies. Prior to that, she was Director, Foreign Policy and Security Studies at the Institute of Strategic and International Studies Malaysia. While there, she also served as the Secretary of the Council for Security Cooperation in the Asia Pacific, a 21-member Track II regional security network. Between 2017 and 2019, Ms. Noor was a member of the Global Commission on the Stability of Cyberspace. She has also been on the United Nations Office of Disarmament Affairs’ roster of experts and is part of the Christchurch Call Advisory Network.

Elina read law at Oxford University and played on the women’s varsity ice hockey team while there. She obtained an LL.M (Public International Law) from The London School of Economics and Political Science, University of London, graduating with distinction. A recipient of the Perdana (Malaysian Prime Minister’s) Fellowship, she also holds an MA in Security Studies from Georgetown University where she was a Women in International Security Scholar.