The Artificial Divide: Canada’s Role in the East-West Clash Over Machine Intelligence

Just a few years ago, conversations about artificial intelligence (AI) ethics and policy were limited to a very specific community of academics and enthusiasts, and perhaps a marginal few in the circle of avant garde policy-makers. Today, with rapid advancements in the field and a growing awareness of the potential impacts – including disruptions in the labour market and the potential development of autonomous ‘killer robots’ – AI has become a topic of a larger and more urgent discussion. 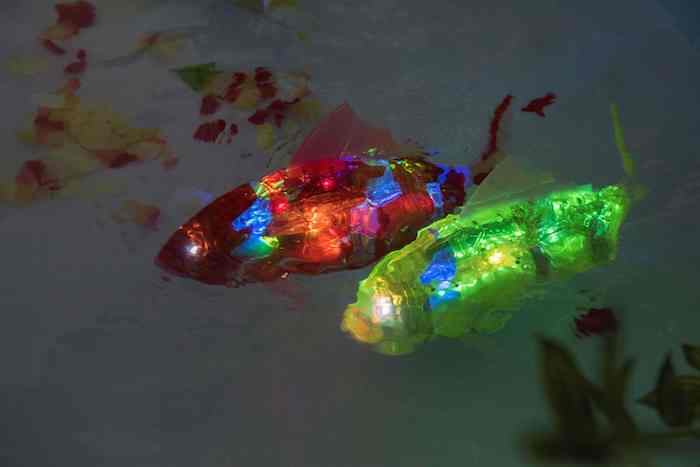 From the perspective of government, the technology cuts across different sectors and raises unprecedented policy questions that require comprehensive, co-ordinated responses. AI –  commonly defined as the capacity of a computer to perform operations analogous to learning and decision-making in humans – has increasingly become an arena for international competitiveness, and governments around the world have begun engaging in earnest.

While an existential clash of cultures may be an exaggerated assessment, a ‘fracture’ along the East-West divide has become increasingly evident and raises concerns about a growing schism between nations in approaching such powerful technology, which permeates borders. East Asian and Western states have demonstrated starkly differing approaches to AI, underscoring existing differences in terms of values and governance. This fracture could further the deterioration of the existing global order.

In the West, discussions about AI ethics and policy have been steeped in a broader debate about the nature of democracy and the future of the liberal order. The European Union has been proactive in promoting a co-ordinated response among its member states, with plans to develop a comprehensive AI strategy in the coming months. A report on AI by the European Group on Ethics in Science and Technologies entitled Ethical Principles and Democratic Prerequisites states that “key decisions on the regulation of AI development and application should be the result of democratic debate and public engagement.” It further states that the “rule of law, access to justice and the right to redress and a fair trial provide the necessary framework for ensuring the observance of human rights standards and potential AI-specific regulations.”

French President Emmanuel Macron, in his interview with Wired magazine on France's newly launched national AI initiative, highlighted the impact of AI on democratic processes, asserting that Europe has a responsibility to implement policies that protect democratic values. “Europe is the place where the DNA of democracy was shaped, and therefore I think Europe has to get to grips with what could become a big challenge for democracies,” he said. 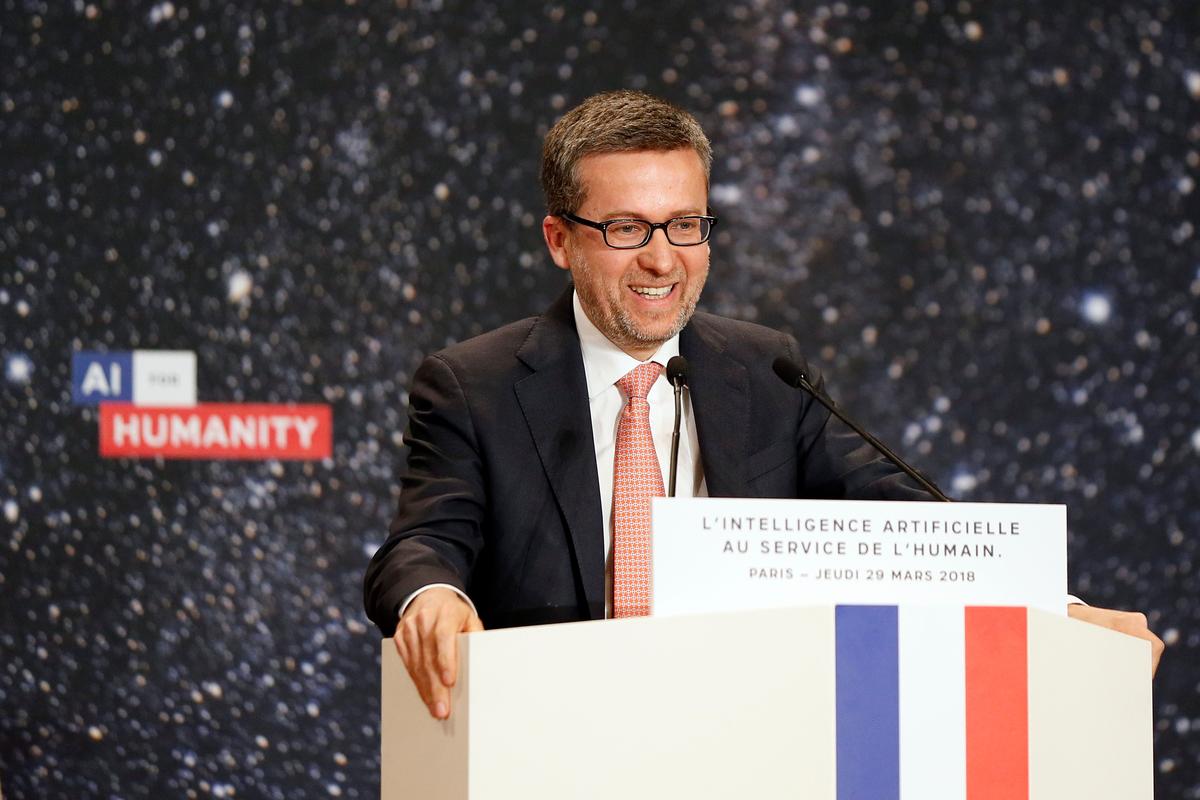 EU Commissioner for Research, Science and Innovation Carlos Moedas delivers a speech during the 'Artificial Intelligence for Humanity' event in Paris on March 29, 2018. The French president subsequently unveiled a plan to make France a "centre of reference" for artificial intelligence research, aimed at drawing homegrown and foreign talent in a field dominated by U.S. and Chinese players. | Photo: Etienne Laurent/AFP/Getty Images

Similarly, discussions on AI in Canada increasingly underscore the threats to democratic and liberal values. Université de Montréal has been running a series of public consultations in developing the Montreal Declaration of Responsible AI. The Declaration lists “democracy” as one of its seven principles, stating that “the development of AI should promote informed participation in public life, co-operation, and democratic debate.” Meanwhile, discussions at the Centre for International Governance Innovation (CIGI), which has been running essays by Canada’s leading experts on AI and data policy, feature democracy quite prominently.

AI governance is a relatively new topic, limited mostly to wealthier, Western states with AI research and development (R&D) and deployment capabilities. As such, while conversations on AI governance have started to proliferate, they primarily arise in Western-dominated settings: the OECD recently launched the Going Digital project, in which AI ethics and governance feature prominently, and the G7 will host a conference in Canada in the fall of 2018 to discuss a common vision for AI technology. However, the problem with these current initiatives is that they exclude China, a global AI player, and the particularities of East Asian states generally may be lost in these predominantly Western fora.

China, Japan, and South Korea all feature strong AI R&D industries, buttressed by co-ordinated government science and technology policies and highly-educated workforces. Coupled with the projected economic growth in the region, East Asia’s AI industries stand to emerge as much more relevant and influential players on the international stage.

China, along with the U.S., is expected to hold a ‘duopoly’ on AI. With the availability of massive capital and big data capacity, along with the support of the central government that views AI as a key strategic sector for development and global influence, China is already shaping up to be an ‘AI superpower.’ According to its Next Generation Artificial Intelligence Development Plan, China is positioning itself to become the world leader in AI R&D by 2030. However, the application of AI for military technology and civilian surveillance à la the popular TV series Black Mirror has raised concerns in the West, and possibly nudged conversations towards the twin topics of democracy and liberalism. 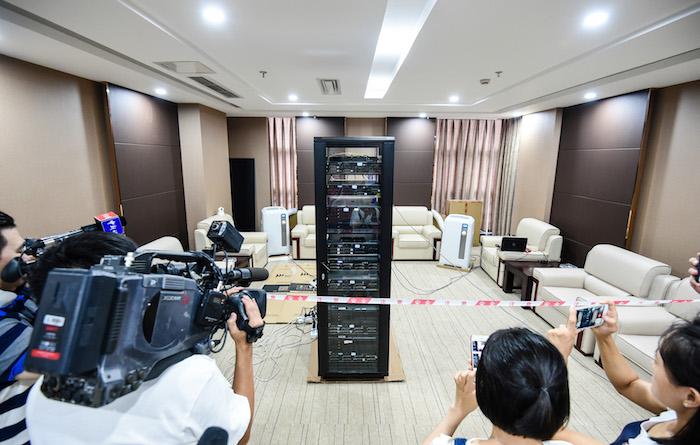 Media film artificial intelligence machine AI-MATHS in Chengdu, in China's southwest Sichuan province on June 7, 2017. The AI machine took the math portion of China's annual university entrance exam, finishing it much faster than young students, but with a grade no better than the average human. | Photo: STR/AFP/Getty Images

While not as uncompromising as China, the debates and policy initiatives in South Korea and Japan suggest that both Asian democracies are taking approaches that diverge from their Western peers when it comes to AI. Both governments have launched comprehensive roadmaps for AI development and deployment that cover a wide range of sectors – from R&D to welfare reform – but unlike in the Western discourse, the keyword “democracy” is missing. The Japanese Society for Artificial Intelligence’s Ethical Guidelines, for instance, does not mention anything about AI’s intersection with governance.

This divergence from the Western discourse may be explained by differences in social and political culture, or by historically-formed policy-making processes. East Asian states are, for instance, generally able to implement more centralized, co-ordinated policies due to the existence of strong bureaucracies that emerged alongside the developmental state model that prioritizes economic growth. Regardless of the underlying drivers of these divergent policy environments, it is increasingly clear that states with strong AI capabilities do not necessarily share similar views on its development, deployment and ongoing governance, which without proactive measures may have far-reaching implications for the prospects of a shared future.

In this context, Canada has a positive role to play in bringing together East and West.

Canada’s strengths in AI R&D and its reputation as a responsible, multilateral player on the international stage only bolster its credibility. While the U.S. is perceived as a ‘rival’ to China, and the EU increasingly presents itself as the global headmaster of a euro-centric interpretation of liberal, democratic values, Canada, with its historic role as a ‘trusted mediator’ between all parties, may be in the perfect position to facilitate dialogues between the competing paradigms. More specifically, while Canada is part of the Western bloc, it also has historical credibility as a reasonable middle power.

As government-to-government discussions on this key technology remain insulated within the Western circle, Canada, as it did during the Cold War, is in a position to engage with East Asian states to shape a truly global norm on responsible, accountable use of this disruptive technology – and exercise leadership in mitigating the risk to an increasingly precarious global order.