Artisanal and small scale gold mining (ASGM) represents 20 per cent of global gold production. Although it can be devastating to environments and the health of many, it also has the potential to improve the lives of some of the world’s poorest people, including many in Asia.

Indonesia’s Gold Rush began almost 30 years ago when the longtime military ruler, Suharto, was replaced by a government that has not been rigorously implementing regulations. Today, ASGM in Indonesia produces US$5 billion in gold a year, accounting for about seven per cent of total gold production. There are as many as 300,000 artisanal gold miners working at 1,000 informal sites across the country. Often these miners are either displaced agricultural workers or fishermen who have very few options in terms of alternative livelihoods. ASGM fulfils a need in these rural communities for income-generating opportunities, but at a major expense.

ASGM miners dig deep mine shafts in rural areas that are uncontrolled. They dredge rivers, destroy forests, and poison the environment. The children of the mining communities exhibit life-altering signs and symptoms of mercury poisoning, having been exposed to it in their food, water and air since even before their birth. Although the practice of using mercury to extract gold was banned by the Indonesian government in 2014, nearly all artisanal miners used mercury to extract their gold. In the process, miners released hundreds of tonnes of mercury into the water, soil, and air, often in poor, remote areas, contaminating food and wildlife.

Since it is unregulated and informal, artisanal and small scale gold miners are vulnerable to extortion by corrupt police and soldiers who control access to mining areas and demand payments. Anecdotal evidence suggest that some have been forced to give up as much as half of their earnings. Rural mining communities already face risks to their health and safety, but the miners’ illegal status makes them vulnerable to extortion. In Indonesia the police and military take a significant share; instead of enforcing the law against mercury use, officials accept bribes and walk away. Operating outside the law means the miners pay no taxes. However, if ASGM were made legal in Indonesia the government could collect taxes and in turn teach the miners methods that do not use mercury, and pay for health care, mercury cleanup, and land rehabilitation. Many in Indonesia believe that legalizing the small-scale miners is the only way to end their mercury use.

The process of extracting the gold in ASGM involves direct mercury contamination to water and air, but this is not just an Indonesian problem. The use of mercury to extract gold is a process found in almost every developing country, including many other parts of Asia. This air and water pollution spreads throughout the globe. ASGM is the single largest contributor to mercury pollution worldwide. Without proper technical and institutional support, ASGM will remain in a highly vulnerable state burdened with constant threats to their economic, health, and environmental security.

A Sector of Promise

Although there are many widespread problems with ASGM, through various levels of support the ASGM sector can be improved and its potential harnessed. For example, Global Affairs Canada is financing projects to help miners obtain better technology and to employ better environmental and social practices. This equipment and accompanying training decreases and ultimately eliminates the use of mercury, and often increases the gold yield for miners.

The Artisanal Gold Council (AGC), based in Victoria British Columbia, works with industry stakeholders to drive rural development in many developing countries. Part of AGC’s focus is to train miners to adopt more responsible, environmentally friendly methods of mining and gold processing. By focusing on chemical-free methodologies that forego the use of mercury and other toxic chemicals, the miners are able to work in a safer and healthier environment, and responsibly produce gold, generating positive, long-term benefits to their health, economy and environment.

Currently the AGC is working in Indonesia with a local partner, Yayasan Tambuhak Sinta. The project covers the four provinces of Central and South Kalimantan, North Sulawesi and Java, and has three main components: technical training, policy support and market development for sustainability. Community engagements have started in Central Kalimantan and two mercury-free facilities are expected to be set up in late 2016. Once the facilities are established, miners will be able to work in safer environments, get a higher yield of gold, and sell their gold for fair market value — all the while decreasing and ultimately eliminating their use of mercury in compliance with the world’s new global environmental treaty on mercury, the UN’s 2013 Minamata Convention.

The Future of ASGM

ASGM, if properly regulated, has the capacity to lift people out of poverty, improve health and environmental conditions, and create better economic conditions for entire regions.

The Asian Development Bank reports that the majority of the 28 million poor in Indonesia live in rural areas. These poor populations mainly participate in low productivity employment in the agricultural and services sectors. ASGM supplements these livelihoods and creates jobs in some of the poorest places in Indonesia. Although there are large industrial mines in Indonesia, artisanal mines employ about ten times as many people, typically workers who are not eligible for employment in industrial mining due to a lack of formal education and experience.

Furthermore, small miners’ earnings tend to be spent locally or sent as remittances to other poor communities, supporting sustainable economic growth in local communities. Bringing ASGM into the formal economy through legalization benefits governments in that they reduce illicit financial transactions, collect taxes, and often see a subsequent reduction in crime in these regions. ASGM is recognized by the world’s major development organizations such as the UN, World Bank, and Global Environment Facility to have the potential to be a major driver for rural development, improving lives in large, rural areas.

Dr. Linda McGrew is a business consultant who specializes in Asia, environmental sustainability, small and medium enterprise innovation, and greening supply chains. For more information about developments in this sector visit www.artisanalgold.org or follow @artisanal_gold on Twitter and Artisanal Gold Council on Facebook. 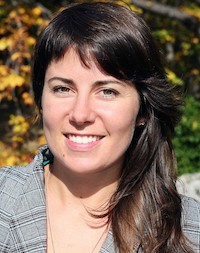