Aaron Cho is a fifth-year co-op student at the University of British Columbia’s Sauder School of Business, focusing his studies on finance and human resources. He is the recipient of an Asia Pacific Foundation of Canada ‘Asia Connect’ bursary to help support his participation in a six-month internship with Adidas in Hong Kong, where he worked on the human resources business partner team.

Let’s start with some top highlights from your internship. What was the most memorable or rewarding thing you did?

I was invited by the VP of Human Resources to give a presentation on diversity and inclusion in the workplace. It gave me the opportunity to combine two topics I care about a lot: diversity and data. I took a look at the organizational data related to diversity and was able to uncover insightful trends and changes. I then presented this to the senior leadership team, and the feedback I got was great. At the end, they all clapped, and I don’t think they usually clap at those meetings. It surprised me how receptive and committed the leadership team was to bettering diversity within the company, and I felt like I was truly able to make a positive impact.

And how did your experience working for a large multinational in Asia help you grow professionally?

I was definitely put outside of my comfort zone and as a result, learned how to become much more flexible, independent and adaptable.

These are good skills to have. Can you give an example?

Definitely. Based on my education in Canada, brainstorming is something that we start to learn very young and feels like second nature. At Sauder we do this all the time; we all go to the whiteboard and start writing ideas down!

In Hong Kong, I remember one specific instance at work when I was trying to pitch a new idea to my manager, and suggested that we gather our colleagues and start brainstorming. What he said was, “We don’t do brainstorming here.” This kind of took me by surprise, and I was thinking, ‘But then how do you come up with new ideas?’

When he explained it to me, though, it made much more sense. He said it’s not that they don’t value new ideas and creativity, but that they also value efficiency and want to be careful of how they use people’s time. So instead, he suggested that I send an email ahead of time and ask team members to come up with new ideas before the meeting. Once I got a chance to see this in action, I was surprised by how well it worked!

We’ve heard that Hong Kong is a place for workaholics. Was that your impression?

It depends on what kind of company you work for. I’ve definitely heard about people in Hong Kong putting in 12-hour days, six or seven days a week. But I was at Adidas, which a sportswear company that believes in work-life balance. My hours were pretty comparable to what I’ve worked in Canada. I was pleasantly surprised by that.

Overall, though, the pace of life in Hong Kong took some time to adjust to. Everything there is faster – people walk faster, the traffic is faster, you get served at McDonald’s faster. I found it stimulating, but at times also kind of exhausting. I was lucky in that it really was quite easy to get away from the hustle and bustle of the large city.

And how did you do that?

There’s so much to do in Hong Kong. Of course, it’s a great place for eating out and has a great food and social scene. It also has a great nightlife!

Plus, many people don’t realize this, but about 75 per cent of Hong Kong is uninhabited. It has a lot of mountains and forests for hiking. It also has good beaches that are maybe 15 minutes from the city. In that sense, it’s not that different from living in Vancouver.

And Hong Kong is also a great jump off point for cheap travel to so many places in Southeast Asia, like Bangkok, Chiang Mai, Hanoi, Kuala Lumpur, Siam Reap, Singapore, and Bali. Macao and other parts of Southern China are also only a short ferry or train ride away!

You had some connections to Hong Kong before your internship, is that right?

Yes, in fact part of my desire to go to Hong Kong was to reconnect with my heritage. I was a few generations removed from Hong Kong on my dad’s side, and my mom moved here when she was relatively young. I had started feeling like I was losing touch with my heritage.

So while I was there I got to meet and spend time with a lot of my extended family. It gave me insights into my own family’s habits. For example, when I was growing up, my mom always made sure I finished eating all of my food. I didn’t get it at the time because I thought, ‘Our cupboards and refrigerator are always full. Why do the last few grains of rice matter?’ It wasn’t until I was in Hong Kong that I saw that putting food on the table was a struggle for many of the people there. It was only then that I really understood why my mom was so conscious about not wasting food.

That might be another aspect of Hong Kong that people here in Canada don’t think about, since they might see it as a rich and free-wheeling city.

Right. It’s one of the largest financial hubs in the world, a gateway into Asia, and a very international city. But it’s also incredibly capitalistic with really stark income disparities, which obviously means the city has plenty of poor people.

I noticed that if you go into a shop wearing Gucci or Prada or some other brand name, you’ll get immediate service. But if you’re dressed more casually, you often won’t get attended to at all. This really brought out my ‘Canadian-ness,’ especially my belief that everyone should get equal treatment no matter what.

It sounds like you got a lot, both professionally and personally, from this experience. What would you say to a Canadian student who is also thinking about —

— doing an internship or study abroad in Asia?

I’d say, ‘Do it.’ If you think, ‘Oh, this is not for me,’ take a moment and ask yourself, ‘Why not? Why isn’t it for me? Where is the apprehension coming from?’ I’m a strong believer that to grow as a person, you need to push your boundaries and step outside of your comfort zone.’ 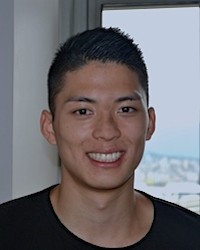 Aaron is a fifth-year co-op student at the University of British Columbia’s Sauder School of Business, focusing his studies on finance and human resources.