Hannah Shin was a student at the University of Victoria, where she studied Anthropology. She also has a degree in microbiology from the University of Manitoba. From October 2016 to March 2017, she did an internship with Network Activities Group (NAG), a Myanmar-based NGO that works with communities impacted by Cyclone Nargis (2008). Hannah was part of the Community – Led Coastal Management in the Gulf of Mottama Project (CLCMGoMP). She conducted her own research project on indigenous fishing knowledge and customary practices. Her internship was arranged through the University of Victoria’s Centre for Asia Pacific Initiatives (CAPI).

Describe for us what you did for your internship.

The organization I worked for helps empower communities by linking civil societies with their government through community-driven projects. At first, I did field trips to project villages, and then after a couple of months, I started my own research project, which focused on small-scale fishing in communities around the Gulf of Mottama in Myanmar. I was grateful to get a lot of help from my local colleagues, but also had to learn to be my own critic and my own teacher, especially once I was in the field and had to reconcile what the project looked like on paper with what it looked like in practice. I started doing site tours, focus group discussions and in-depth interviews with community members.

What did you find most challenging, professionally or emotionally, about the job?

Communication in professional settings was a big challenge. The language barrier was partly to blame, but also the fact that communication in Myanmar is structured much differently than it is in Canada. For example, in Canada I was accustomed to having people respond to my emails instantaneously. 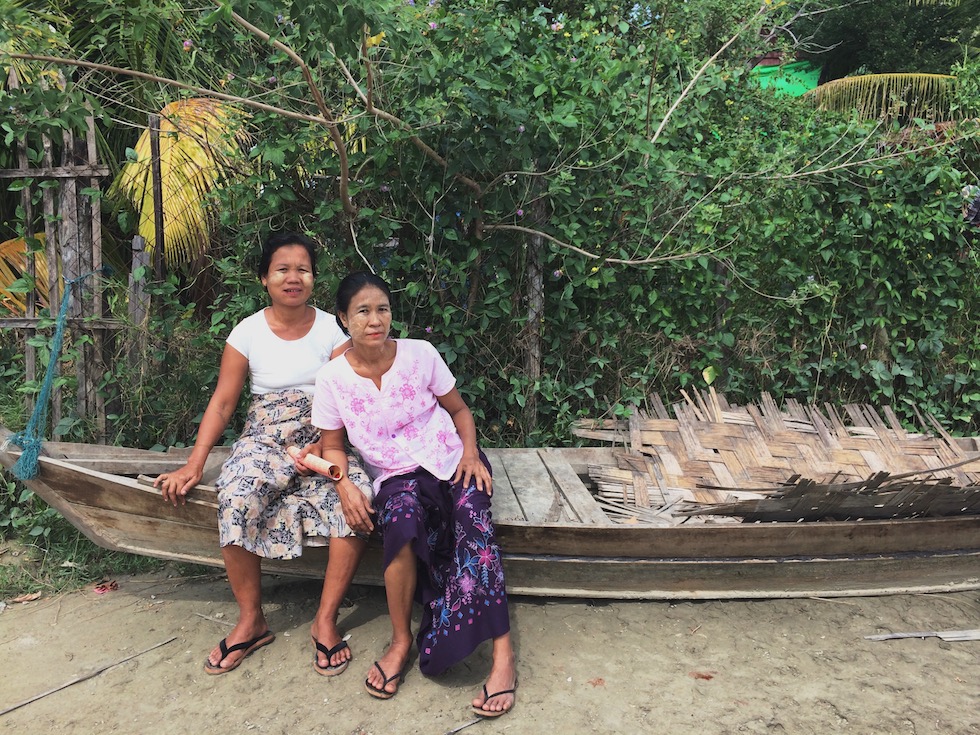 In Myanmar it was not that way at all. My colleagues and supervisors did not respond to my emails because they preferred to communicate by phone. I did not realize my supervisor preferred talking on the phone until the last two months of my internship. While I agree talking on the phone is a faster way to communicate, the downside for me was that I worried I was missing important parts of what he was saying. Phone calls also lack documentation.

What was the best thing about living in Myanmar? And what was something you found difficult to adjust to?

The best thing was the people I met along the way. Even though Myanmar is still a developing country it is also the most generous place I’ve ever encountered. From what I observed, it seemed most people genuinely want to help each other rather than compete or turn away from something that is not their problem. That includes the people I met out in the field; it’s like they were all in the same boat and cared about each other.

One thing I found difficult to adjust to was the local concept of space and time. I quickly learned there is no such thing as personal space. This made me uncomfortable at first, but I gradually came to appreciate the closeness and intimacy. 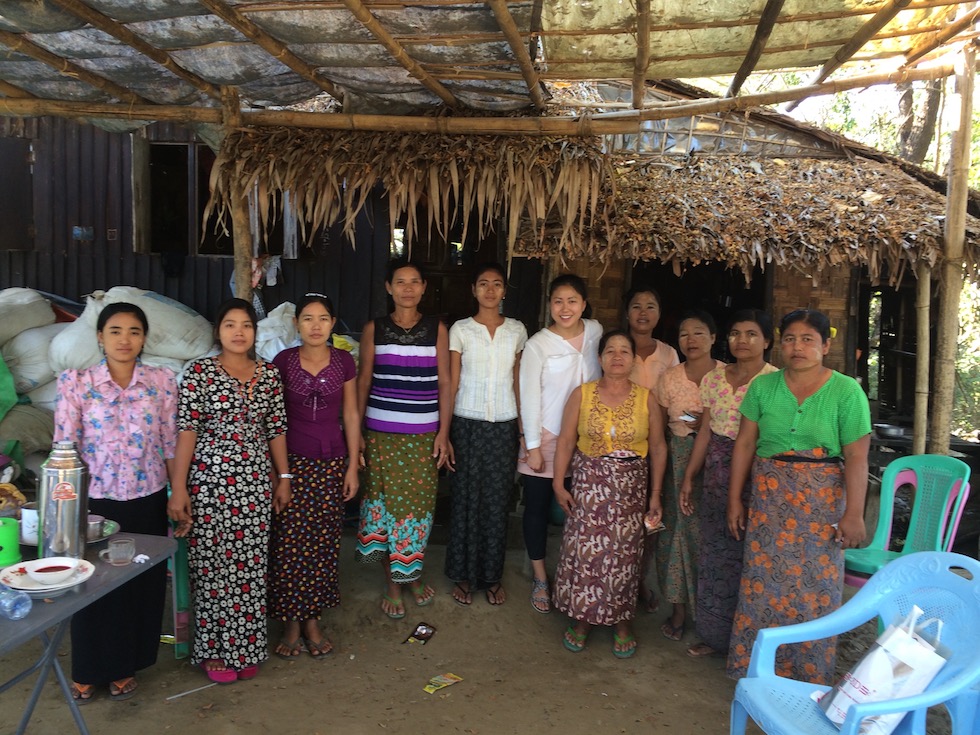 I also found my concept of time was very different from that of many people in Myanmar. For most of my life, I have been told to work hard and fast because time is money. Because of that, I think I’ve often ended up missing an important part of the process or not enjoying it. When I was in Myanmar, I had to ask myself, “why am I rushing?” I realized I have been so programmed to do things in certain amounts of time that sometimes I lose sight of what’s important.

“Soft skills” is something we hear a lot about—things like flexibility, teamwork, responsibilities, communication, etc. Can you give us an example of something you did in your internship that strengthened your soft skills?

Something I have never been  particularly good at is finding the balance between feeling in control and rolling with the punches. The old me always wanted things to be well planned out and structured, but my time in Myanmar helped me become more fluid and adaptable.

What was one the most memorable aspects of your internship?

My Myanmar colleagues and I took a project-related trip to the Bago Region, which involved some of the most physically challenging travel I have ever done. We started with a four-hour ride in a bus that smelled of dry fish and shrimp and what I’ll call “that musty bus smell.” For the next leg, we road on the back of a flatbed of truck with built-in benches, wearing facemasks the whole time because of all the dust in the air (it was dry season at the time). 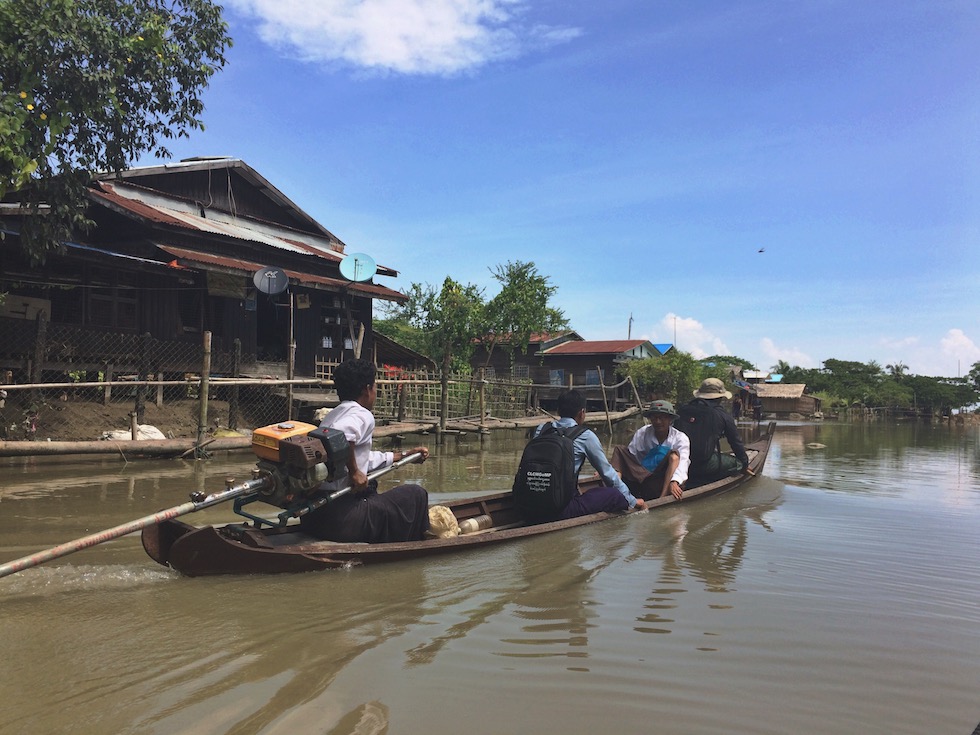 The paths we were traveling on were not actually roads, but dried up canals and rivers. They were so narrow and bumpy we had to take motorbikes for the last leg. Even on motorbikes, it felt unimaginably difficult because the road was basically made of dirt and sand. The three of us went through this ordeal together and triumphing over the many unforeseen challenges was a real bonding experience.

Where are you thinking of going into for your career? How do you think your internship experience will help you with that?

During my internship I fell in love with fieldwork, especially connecting with local communities and listening to their stories. Although I was doing research on fishing practices, my conversations with people were broad ranging. I learned much about the state of their health services; for example, some remote areas did not even have their own clinic or certified midwife.

With my training in both anthropology and microbiology, along with this first-hand experience in Myanmar, things slid into place for me towards the end of my internship. I’m now planning the next phase of my career, which will be a Master’s degree in public health, with a focus on global health.