Damien Ma is Fellow at the Paulson Institute, where he focuses on investment and policy programs. He is the co-author of the book In Line Behind a Billion People: How Scarcity Will Define China’s Ascent in the Next Decade and currently serves as an adjunct lecturer at the Kellogg School of Management at Northwestern University.

Q: China’s 13th Five-year Plan is going to be finalized in March 2016. What are some of the major drivers of energy policy in China and major energy-related developments that we can expect the Plan to contain?

Damien Ma: China’s current economic growth model dictates and determines its energy policy. So, to understand where Chinese energy policy is going we have to understand where China is headed in terms of its macro-economy. There are major reforms underway to transition the economy from the current industrial driven growth model to one driven by domestic consumption and services. As the economy makes this shift, energy consumption and energy intensity should, in principle, go down, reducing associated greenhouse gas emissions as well. In the 13th Five-year Plan, we should see more importance placed on integrating energy policy into the country’s broader economic restructuring. We can expect a 13th Five-year Plan that is much “greener” than its predecessors with a huge environmental component tied directly to Chinese economic reforms.

Q: Beijing smog and COP 21 in Paris have drawn attention to coal use in China. How is China attempting to reduce coal usage for power generation and what are the challenges to achieving this?

Damien Ma: Severe air pollution in Beijing in December 2015 made big news. Heavy smog, often dubbed ‘airpocalypse,’ led to the declaration of a red alert in the capital. This is a huge problem for the Chinese public and leadership. It is not the image the Chinese capital wants to project to the rest of the world.

Coal currently accounts for roughly 68 per cent of total primary energy consumption in China and is a major contributor to air pollution. The Chinese government hopes to reduce this to around 60 per cent over the next five-to-seven years. This will be challenging however, especially given that the a recent revision in government statistics show that the total coal consumption in China is actually 17 per cent more than was originally reported in the last few years. However, such a revision signals that the Chinese are trying to be more transparent with their energy statistics, as it was an internally determined revision driven by the Chinese government’s recognition of problems with its figures. Another potential silver lining is that the discovery of additional coal consumption in previous years could also imply somewhat earlier peaking of coal usage. With the broad decline in heavy industry due to the recent economic slowdown, the possibility remains that China could hit peak coal before 2020.

Due to the widespread nature of coal consumption in China, the main strategy for replacing coal is an ‘all of the above approach.’ All alternate sources of energy need to be explored and all such sources from nuclear to renewables to large and small hydro will need to be ramped up. Unfortunately, renewables make up only a small percentage of the Chinese energy mix, and hence there still needs to be base load power, such as nuclear or hydro, to meet energy demand, at least in the near future. Other challenges are the slowdown in the broader economy and the huge drop in fossil fuel prices. This is a bad signal for further development of relatively more expensive renewable energy sources such as solar and wind, which will be less competitive on cost if the current environment persists.

Q: What is the political and environmental significance of the two China-U.S. climate deals, which laid out emission reduction targets and opportunities for collaboration between the two countries in advance of COP21 in Paris last December?  Also, the U.S. and China have agreed to collaborate more closely on clean tech development. How has this collaboration progressed so far? 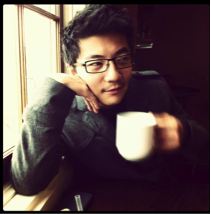 Damien Ma: That’s a great question. I think they - the U.S. and China - clearly have converged quite a bit more on climate change negotiations at the UN level than we’ve seen at any time in the past five or six years, especially since the acrimonious relations at the Copenhagen climate summit in 2009. I think there are alignments of domestic politics in the respective countries behind this move. China, due to air pollution concerns, is taking steps to address emissions and is using air pollution as a way to rally more domestic constituencies behind adopting more aggressive climate change policies. I think China doesn’t want to be cast as the villain again on such an important global stage, a decision that has come straight down from the very top.

It is very important for these two big emitters to take a leadership position in tackling global climate change. China, the U.S. and India together make up about 40 per cent of the world’s GHG emissions. So I think it’s very heartening to see the current atmosphere of collaboration between China and the U.S., but at the end of the day, what happened in Paris isn’t sufficient. It’s still up to the individual countries to implement their sides of the bargain independently. It will be interesting to see what happens in the next few years, especially with an election coming up in the U.S. At least in China, President Xi Jinping and his administration will stay through to 2022, which bodes well for more continuity. The two countries have established a bilateral climate change working group for high-level decision makers to meet annually to discuss this issue and come up with annual deliverables.

In terms of clean tech collaboration, the U.S. and China have three important collaborative initiatives called CERCs - Clean Energy Research Centers - run by the various Department of Energy labs and the appropriate Chinese partners. The CERCs have developed a pretty innovative and novel way of developing joint IP, so that both sides can benefit if something were to be commercialized.

Q: What aspect of Chinese energy policy do you think is the least understood in North America?

Damien Ma: In general, there needs to be better understanding about how diverse and decentralized in practice China really is. Although there is a highly visible and powerful central government, “federalism Chinese-style” exists as well. It is a huge continent-sized country made up of diverse, regionally-based economies, so what works in Beijing might not work in Guangzhou. Some provinces in China are leading the way in innovation and doing important work at the subnational level. These are country-sized provinces, with populations of 90 million, so getting them onboard can drive bottom-up change.

Another thing to remember is that the Chinese like to experiment and pilot before nationalizing any major policy. So to understand the future of Chinese policy, it is important to look at sub-federal policy developments.

This interview was conducted by APF Canada staffers Heather Kincaide and Pallavi Roy.

Heather is Program Manager, Energy and the Environment, at the Asia Pacific Foundation of Canada