Of Dashed Lines and Diplomacy

Is the July 12 decision of the UN Convention on the Law of the Sea (UNCLOS) arbitration tribunal in The Hague the end or the beginning? China may not be able to maintain its “nine-dash line” approach to its territory in the South China Sea. But, apart from sabre rattling on all sides, will this in the long term be viewed as the end, or as one Chinese scholar put it, “the beginning of Act II”?

Experts agree that China is bound by the UNLCOS decision, but there is no mechanism for enforcement, and the Tribunal did not rule on questions of sovereignty. And in the end, with regard to the Spratlys in particular, if an “island” is designated as a “rock,” thereby with no Exclusive Economic Zone, do we care whose rock it is?

China will no doubt turn up the volume of rhetoric, and its rejection of the Tribunal decision was widely anticipated. The question now is whether China, the United States and ASEAN nations will be able to come to some form of agreement on a modus operandi that will not only guarantee freedom of navigation, but also allow for resource development and fisheries. Indeed, the diplomatic dance that will ensue will test all stakeholders’ commitment to a “peaceful resolution.” China has demonstrated that it is able to put a fence around its military muscle-flexing and continue trade and investment relations. Its hosting of the G 20 Summit in early September, plus the potential to engage with the new administration in the Philippines, would seem to encourage a more measured response. But hardliners in Beijing will likely be calling for China to deploy military aircraft or impose the same kind of aircraft identification requirement that it imposed in the East China Sea in 2013. And China continues to view U.S. “rebalancing” in Asia as a threat, despite military co-operation in some fields.

Does this have any significance for Canada?

First, any escalation of tensions surrounding the South China Sea could have an impact on Canada’s growing trade and investment in Asia, not to mention the environmental degradation of island building.  As a Pacific nation, Canada should be willing to shoulder more of the burden to avoid a costly miscalculation that could lead to conflict and further environmental damage.

At a very timely conference hosted on July 12 by the Center for Strategic and International Studies (CSIS) on the South China Sea, a representative of the Government of Vietnam stated that, “law is the weapon of the small country” in dealing with a big country.

Canada has a reputation of respect for international law and, unlike the U.S., has ratified UNCLOS. This is an opportunity for Canada to support its partners in Asia, but also to engage China to promote further economic integration, confidence-building on security for all stakeholders, and on climate change mitigation — the latter being a real problem for fragile reefs in the South China Sea.

Ultimately, Canada could also contribute to capacity-building for its partners in Asia in such areas as maritime domain awareness and law enforcement, fisheries and the environment. 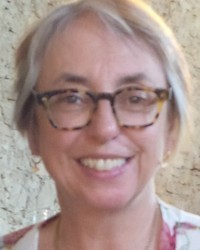 Canadian Tech Companies and the China Marketplace Seeking a New Way: Canada in the Post-Pandemic Era There Can Only be Losers in the Looming U.S.-China Trade War Read more >