South Korean President Moon Jae-in and Canadian Prime Minister Justin Trudeau were two of only three recipients of the 2017 Global Citizen Award, a program that recognizes and celebrates individuals who have contributed to “strengthening the transatlantic relationship,” and hosted by U.S. think-tank, the Atlantic Council. President Moon was recognized for his “life-long dedication to the advocacy of human rights and democracy… and his efforts to defuse tensions with North Korea and contribute to regional stability.” The Atlantic Council highlighted Prime Minister Trudeau’s efforts on the economy, climate change, reconciliation with Indigenous communities, and feminism. The occasion highlights the similarities between the two leaders, illuminates the positions of the two countries on the world stage, and points to opportunities for mutual co-operation in the future.

Canada and South Korea have maintained a strong bilateral relationship since the mid-20th century, co-operating closely on issues ranging from trade to multilateral governance. It should also be noted that Canada has been collaborating closely with South Korea in multilateral efforts, such as the G20 and the APEC forum, as like-minded allies. In terms of trade, the two countries signed a free trade agreement (FTA) in 2014 (Canada’s only FTA in Asia), and South Korea is the 7th largest trading partner for Canada. Last year (2016), Canada exported C$4.3 billion worth of merchandise to South Korea.

However, there remains more work to be done in the services sector. Considering that both countries are developed economies and the amount of merchandise exchanged, trade in services is significantly low. For instance, the amount of South Korean service imports from Canada (C$858 million in 2016) falls behind that of China, Hong Kong, Australia, Japan, and Singapore. This is a concrete example of an area in which the two countries could collaborate more closely with each other.

“Because it’s 2015,” responded Prime Minister Trudeau when the press asked him about a gender-balanced cabinet. Prime Minister Trudeau has won the hearts of many Canadians by positioning himself as a leader empathetic to the concerns of a much more diverse electorate. He has also wooed international audiences with his progressive social agenda, buttressed by savvy photo-ops and social media usage. 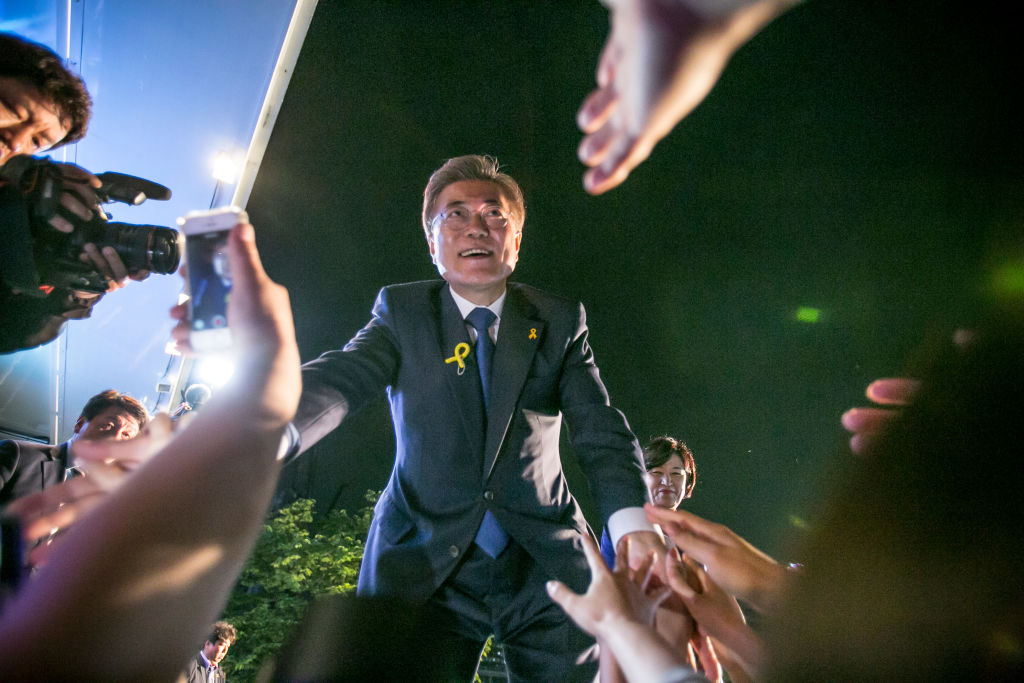 President Moon, a democracy activist and a human rights lawyer, shares this similar image of an empathetic leader with a progressive agenda. Riding on the wave of the so-called ‘candlelight movement,’ which deposed President Park, President Moon was elected with much enthusiasm and high expectations – the South Korean equivalent of Trudeau’s “Sunny Ways” politics. During the last four months, President Moon has made an effort to present himself as a more ‘accessible’ leader, addressing on a more personal level issues such as air pollution, temporary employment, and care for Alzheimer’s patients. Shortly after his move to the Blue House, he made it into the headlines when he adopted a rescue dog as the ‘First Dog,’ or “Tory” – who instantly became an object of adoration on social media.

Of course, there are legitimate critiques of both leaders for the perceived gaps between rhetoric and substantial actions (see reports by Oxfam that tracked the Liberal government’s action on women’s rights, and coverage of President Moon’s comments on homosexuality, for instance). Regardless, both men have positioned themselves as leaders of progressive agendas, domestically and internationally.

As such, the two leaders share similarities in their style of leadership and their interest in human rights and social justice. Prime Minister Trudeau is one of the first world leaders that President Moon called after his victory in the May 9th election. During this phone call, Moon praised Trudeau’s Canada as “an exemplar of a country that champions human rights and liberalism” and said that he looked forward to “enhancing the value of both countries as South Korea embraces [Prime Minister Trudeau’s] ideals.” 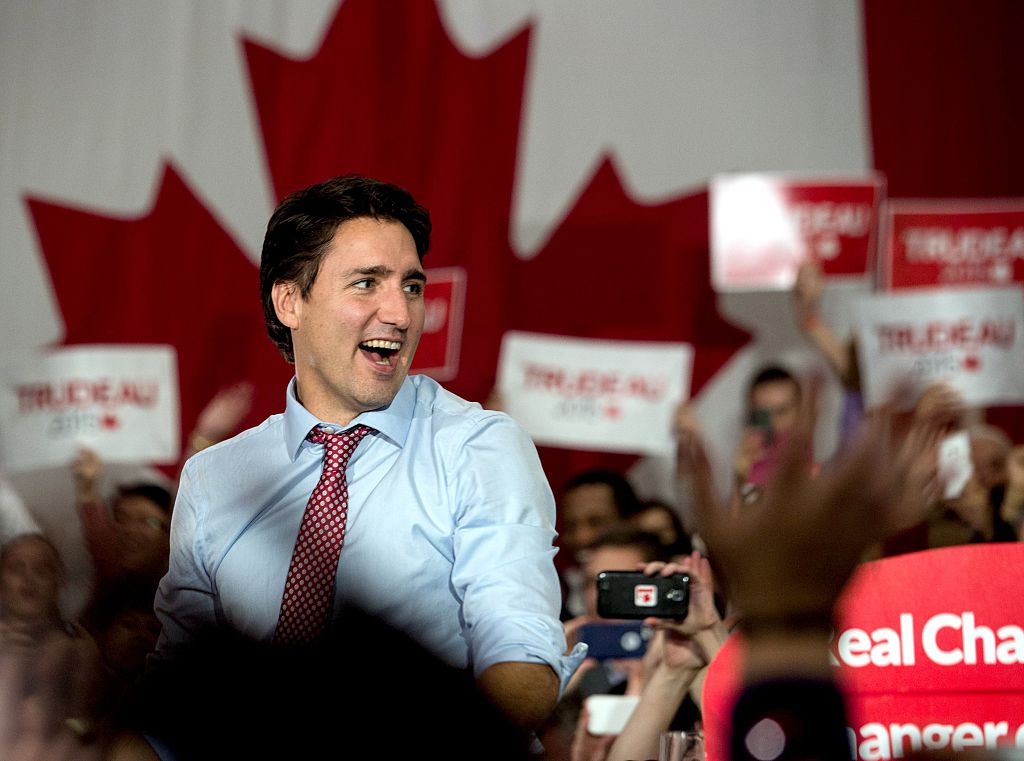 Beyond the personal affinity between the two leaders, however, there are political commonalities that point to the need for further, and stronger co-operation between Canada and South Korea. As part of the American alliance, both countries are heavily reliant on the United States, albeit to different degrees and in different aspects. For instance, Canada’s economy is heavily dependent on the U.S., the recipient of 76.7% of Canadian exports. In the case of South Korea, its security vis-à-vis Pyongyang depends on the U.S. military, a dependency that extends far beyond the 35,000 soldiers stationed on the Korean peninsula.

The recent election of President Donald Trump has put the two countries in rather precarious positions. In relation to the U.S., both leaders face renegotiations of existing free trade agreements, a mismatch of agendas on issues like climate change, and the general difficulty of dealing with an unpredictable president.

In this context, the shared spotlight of recognition in New York presents a glimpse of new opportunities for co-operation between Moon and Trudeau. Both Canada and South Korea are identified as “Middle Powers” by academics – and within that context, we can glimpse potential ‘wiggle room’ for the two countries to collaborate and further international order while maintaining that delicate relationship with the U.S.

A somewhat amorphous term, middle power broadly refers to a state that plays the ‘mediator’ in global governance, pursuing an internationalist agenda and mainly working through multilateral means. For instance, Canada’s leadership in tackling climate change – and its tactful engagement on the matter with the U.S. through sub-national governments (i.e. state and municipal levels) instead of the U.S. federal government that disagrees with Prime Minister Trudeau’s agenda (dubbed the ‘Donut Strategy’) – demonstrates innovative ways in which a middle power can positively contribute to global governance in the era of Trump.

Given the personal affinity between Prime Minister Trudeau and President Moon, and the current state of global affairs, the idea of closer collaboration between these two like-minded middle powers may not be far-fetched.

It may be an odd time to write a piece about idealistic leaders and international co-operation, just a few days after the so-called “leader of the Free World” essentially threatened war on one of the members of the United Nations at its General Assembly.

Notwithstanding localized friction points for both middle-power politicians, and the blurry line between image and substance, there are commonalities and opportunities worth noting in the relationship between Prime Minister Trudeau and President Moon. In this context, it is not that difficult to ponder a new and impactful synergy between the ‘Moon’ and ‘Sunny Ways.’