As we edge closer to a new year, the APF Canada research team has put together a key list of stories to watch in Canada-Asia relations and current events in Asia. From Canada's new RMB hub, to the imminent Paris climate conference, to leadership tests in Asia’s largest democracies, here’s what we’ll be watching in 2015:

Establishing a Renminbi Hub in Canada

Canada is to become the first trading hub in the Americas to trade in China’s currency, the Renminbi (RMB). The hub, which is expected to strengthen Canada’s position internationally, will help Canadian businesses trade directly from the Canadian dollar into the Chinese yuan. This will help businesses save costs associated with foreign exchange trading as well as currency hedging.

The operators of a number of proposed LNG projects in Canada are aiming to reach final investment decisions (FID) in the next year. One of the better known projects includes Petronas’ Pacific Northwest LNG project which intends to have a decision by mid-December 2014.  As the construction of large LNG plants generally takes four years or more, even if final investment decisions are made within the next year, plants will not be operational until the end of the decade.

The Trans Pacific Partnership (TPP), a multilateral trade agreement being negotiated by Canada and 11 other countries, represents a new standard for Asia Pacific economic integration, if it comes to fruition. “If” is the key word, as the negotiators have failed to meet deadlines for a 2014 completion date and now must look to 2015 as the new target for finalizing the deal.

One reason for the current hold up is Japan’s reticence to open up its protective agriculture sector, an issue Canada will closely observe given its own position on supply management of the poultry and dairy industries. However, this is a small manifestation of a larger issue—are members willing to commit to domestic reform in order to achieve unprecedented access to each other’s economies?

With other regional agreements being negotiated such as the Regional Comprehensive Economic Partnership, TPP negotiators are balancing the desire to maximize liberalization without making the deal untenable due to individual members’ domestic political constraints. If implemented, the TPP will not only be a win for Canada in gaining greater access to markets in Asia, but will also solidify a new precedent for 21st century trade agreements.

Small and medium-sized enterprises (SMEs) represent over 99% of all Canadian firms. According to Industry Canada, of the SMEs exporting to foreign markets, 9.5% export to China and 11.6% to other Asian markets, while 89.3% export to the US. This, however, could be starting to change as recent trade missions have shown a growing number of Canadian SMEs achieving success in the Asia Pacific region. Over the next five years, the federal government aims to double the number of SMEs exporting to foreign markets other than the US. This will provide strong impetus to help Canada’s SMEs make greater inroads in Asia.

This November, the Premiers of BC, Alberta, and Saskatchewan sought to address transportation bottlenecks in Western Canada by calling on the federal government to invest over C$1 billion in infrastructure projects in their provinces to promote exports to the Asia Pacific region.

Recent trade missions (e.g. BC and Saskatchewan to India; Ontario, Quebec, and PEI to China; and Manitoba companies to South Korea) attest to the importance our provincial governments place on Asia as a driver of economic growth.  From 2000 to 2013, Saskatchewan’s exports to Asia grew 182% from $2.4 billion to $6.7 billion, while Ontario’s Asia exports grew from $3.3 billion to $10.5 billion over the same period, an increase of 318%. Data for other provinces indicate similar trends.

Building the domestic infrastructure to enable Canada to take advantage of current and future demand in Asia – the long Asia Pacific Gateway – is important.  Given growing international competition to access market opportunities in Asia, 2015 will be critical time to see what budget commitments federal and provincial governments place towards the development these infrastructure projects.

Gearing Up for Climate Negotiations in Paris

In December 2015, countries will meet in Paris to negotiate the follow-up to the Kyoto Protocol. The recent US-China climate deal in November, in which the two countries agreed to adopt emissions targets, has heightened the anticipation for a binding international agreement.

In the months leading up to the conference starting with the COP20 meeting in Lima, Peru this December, the world will be carefully tracking climate policy developments in Asia, as the continent accounts for nearly half of global GHG emissions, with China and India among the world’s largest emitters. China’s position is especially important as Beijing influences both the position of the US and G77.

The Asia Pacific has one of the world’s fastest growing regions of internet users accounting for approximately 45 percent of the 3 billion users globally by the end of 2014 (ITU). In particular, mobile cellular subscriptions are rising rapidly with 3.6 billion coming from the Asia Pacific region.  A growing middle class in Asia with greater access to the internet is driving a boom in the e-commerce industry. 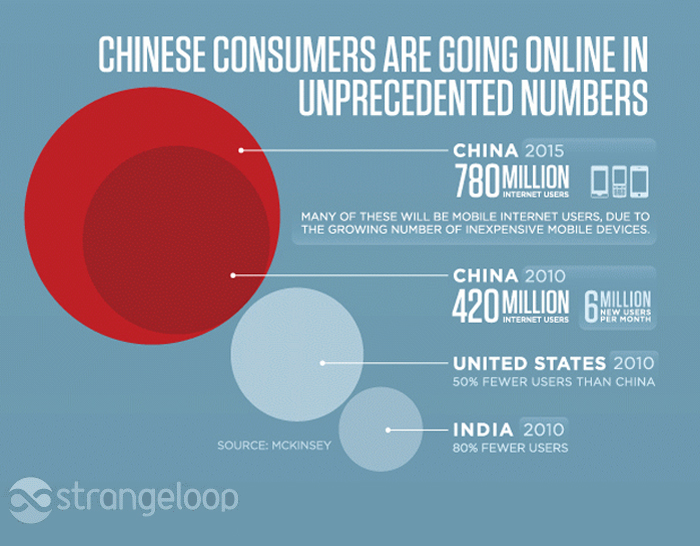 This year, China’s e-commerce giant, Alibaba, delivered the largest initial public offering (IPO) in the world valued at $25 billion. The e-commerce market is expected to double to US$854 billion in the Asia Pacific by 2018.

There is still a young and sizeable population in Asia with potentially different social and cultural norms on internet governance and cyber security still to be connected online. In the coming year, governments in the region will need to confront the challenges of spurring innovation and growth through technological advances of e-commerce, while further developing norms and rules to respond to growing cyber security threats.

Following the Fukushima Daiichi nuclear disaster in March 2011, Japan began shutting down its nuclear reactors for maintenance and evaluation, resulting in a spike in fossil fuel imports. The country has now been without nuclear power since September 2013. However, the Nuclear Regulation Authority has granted permission for two nuclear reactors to restart and more approvals are expected. While nuclear restarts will reduce Japan’s reliance on fossil fuels, they could also reduce a market opportunity for prospective LNG exporters, such as Canada.

Asia’s two most populous democracies – India and Indonesia – elected new governments in 2014. As India’s Prime Minister Narendra Modi and Indonesia’s President Joko Widodo (aka Jokowi) settle into their jobs, 2015 will reveal the governance ambitions and capabilities of each new leader.

In both countries, reform efforts have already begun: Modi has started to pare away some of the most restrictive aspects of India’s labour laws, while Jokowi has lowered fuel subsides, easing a significant fiscal burden but sparking popular anger. With the honeymoon period over, the new leaders will need to reach out in 2015 to ensure the continued success of their reform agendas, Modi to the powerful state governments, and Jokowi to his rivals in the legislature.

The Challenges of Integrating  ASEAN

The Association of Southeast Asian Nations (ASEAN) is slated to establish the ASEAN Economic Community (AEC) in 2015. With the target date pushed back from January 1 to December 31, the AEC continues to face several hurdles in realizing its vision. Effective completion will depend on achieving four key pillars:

With ASEAN’s emphasis on consensus, whether the AEC is realized will be an important question for 2015.