India is expected to grow an additional 190 million people by 2030, bringing its population to 1.5 billion. [1] Its pace of urbanization is accelerating not just in primary cities, but in secondary and tertiary cities as well. As India struggles with unprecedented demands on its urban infrastructure, Prime Minister Modi is redefining how India’s cities are being built. His ambitious Smart Cities Mission (SCM) will overhaul existing urbanization strategies and will upgrade the technology standards for 100 cities over the next 20 years. This comes in the context of Modi’s grand effort to industrialize and modernize India’s manufacturing sector, complementing his Make in India and Digital India initiatives. To get a sense of the scale this mega-project aspires to, watch this video. Given the infrastructure deficiencies that exist and the kind of transformation India wants to see, the Smart City Mission is a big ticket agenda.

Earlier this month, Prime Minister Modi announced the third round of cities selected for SCM redevelopment. The newly chosen 27 cities brings the list of currently identified jurisdictions to 60, with the remaining 40 cities to be announced before 2018. Funding for these mega-projects will come partially from the Indian federal and state governments, while much of the heavy lifting is expected to be leveraged through private and multilateral financing. This plan is fundamentally transformative and will bring urban redevelopment, planned greenfield expansion, and enormous investment in municipal service provisioning. While the term ‘Smart Cities’ is ambiguous and highly context-specific, it generally refers to a system of integrated public services that are connected by technology, optimizing basic service delivery through intelligent, tech-focused design.

Each municipality in India wanting to compete for SCM funding is required to submit a master plan for the competition, outlining the local priorities and visions of the city based on public consultation. These improvements range from pressing issues, such as wastewater treatment and affordable housing, to public realm enhancements, such as bicycle networks and waterfront park space.

The scale and aspirations of the SCM make it one of the world’s largest urban planning initiatives of our time, creating a massive opportunity for private lenders, infrastructure companies, and institutional partnerships.

Each smart city will establish a Special Purpose Vehicle (SPV), or government-organized committee made up of local and state government representatives created to oversee the planning, financing, and implementation of each city’s masterplan. They serve as the primary point of contact for managing investment, co-ordinating the procurement process, and are ultimately responsible for project delivery. The logic of this structure is to create political accountability, as municipal and state representatives are (according to the principle of subsidiarity) more capable of understanding local concerns, making the SPVs more responsive than if they were governed from the federal level.

The Smart Cities Mission is as expensive as it is ambitious and, while the central and state Indian governments are matching funding to the tune of US$18.7 billion (48,000 rupee crores*), the SPVs are highly reliant on public-private partnerships (P3s), foreign investment, and multilateral loan assistance to fill budget gaps. Currently the Government of India has a stated target to secure 40 per cent of project funding from the private sector, yet reports from Deloitte indicate that this could end up being as high as 80 per cent. According to SCM guidelines, the execution of the projects will be completed through “joint ventures, subsidiaries, public-private partnership (PPP), turnkey contracts, etc.” The importance of partnerships is explicit throughout the SPV guidelines, giving the private sector a prominent role in SCM projects.

To this effect, the Indian government has made several policy reforms to further secure P3 support and encourage foreign direct investment in urban infrastructure. Most notably the liberalizing of trade barriers around FDI, an easing of minimal investment capital requirements, streamlining transfers of right-of-way easements,  and exempting road construction equipment from import duties. As a further attempt to attract financing, private sector companies and financial institutions can hold up to 50 per cent equity in the SPV, provided that the state and local governments are majority shareholders.

While SPVs are still being established and the bidding process for tenders is still nascent, competition for contracts is growing. For instance, the UK government aims to reach a 10 per cent UK ownership of the SCM market, with other countries clamouring to secure their positions. Even smaller players, such as the Belgians, are vying to partner with an Indian SCM city.

Of the cities chosen for initial funding (and some still competing for funding), many have been publically supported by foreign governments. In theory, these foreign governments will primarily offer technical support. Yet contracts are going to those companies whose public officials (such as the Germans, Americans, French, and Chinese) have taken the initiative and signed Memoranda of Understanding (MoU) with India early on, demonstrating their commitment to the Smart Cities Mission. So far over 30 foreign governments have pledged their support through MoU agreements. 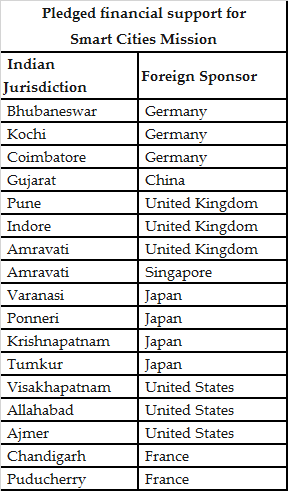 Early and active engagement in these arrangements at the initial planning stage is critical. As the French have demonstrated, a high-profile visit from a head of state can lead to windfall contracts being signed in their favour. President François Hollande’s visit to India precipitated a MoU that solidified the roles of nine French companies in India’s infrastructure sector earlier this year. Japan’s Prime Minister Shinzo Abe oversaw the signing of a MoU following Prime Minister Modi’s visit to Japan. The US Trade and Development Agency was able to arrange for AECOM, IBM, and KPMG’s involvement in the urban planning and strategic development of the city of Visakhapatnam. Even Sweden’s Prime Minister has ensured that the Swedes are well poised for bid tendering. Last year, Sweden and India launched a Joint Working Group on Sustainable Urban Development, focusing on digital land management, solid waste, and urban transport, with the Swedes expressing interest in focusing on one or more cities for development under the SMC.

These international arrangements are good news, not just for the city that may require technical assistance for their ambitious urban upgrades, but for the foreign government, which can use this relationship to deepen economic ties, arrange for institutional collaboration, and exchange urban planning best practices.

India is one of the fastest growing markets in the world and demands for urban services will only increase as its population and expectations for a standard of living grow. With Prime Minister Trudeau’s acceptance of PM Modi’s invitation to visit India, his possible trip next year could be an opportune time to solidify and expand Canada’s role in the Smart Cities Mission. 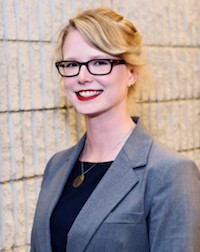 Nadine Oliver is a Junior Research Fellow with the Asia Pacific Foundation of Canada. She is a recent graduate of the Masters of Urban Planning program at the University of Toronto, with a specialization in economic policy.