The 2019 Asia Business Leaders Advisory Council (ABLAC 2019) meeting is the Asia Pacific Foundation of Canada’s signature high-level business conference comprising senior corporate and government representatives with a mission to identify and articulate opportunities for improved Canada-Asia business engagement. This year’s conference in Hong Kong SAR was the first time that ABLAC was held in Asia, and the need for greater Asia competencies among young people and millennials in Canada to further engage in Asia was highlighted as a cross-cutting theme throughout the event. Namely, international trade and taking advantage of free trade agreements (FTAs), post-secondary education (including internships and exchanges), people-to-people ties, and branding both of Canada in Asia and Asia in Canada, were identified as key targets for improvement.

Throughout ABLAC 2019, Asia competence, or Asia-related skills and knowledge, was identified as a necessary area to develop among Canadians, particularly millennials and young adults, because they will soon be Canada’s economic drivers. Asia competence is an important foundational step that will allow Canadians to take advantage of opportunities within the changing global economy and include: intercultural communication and understanding, regional knowledge and Canadian historical context, the ability to speak Asian languages, and the entrepreneurial spirit necessary to take advantage of new opportunities.

Canada has a wealth of resources to build out 'Asia competence'

Fortunately, Canada has a wealth of resources with which to build Asia competence. First, Canada has large Asian diaspora communities and a multicultural foundation to help build and develop people-to-people ties. Cities like Montreal, Toronto, Vancouver, and others have large, educated, and well-established Asian-Canadian populations that ABLAC members noted can function as links between the West and the East.

Second, ABLAC members underscored the fact that Canada has a strong brand in Asia that signifies peace, welcoming, and respect for diverse cultures and peoples. Case in point, Canada has numerous FTAs and is the only country to be in the OECD, G7, G20, and APEC. The combination of a strong Canadian brand in Asia as well as the numerous multilateral trade agreements, such as the newly ratified Comprehensive and Progressive Agreement for Trans-Pacific Partnership (CPTPP), allows Canada to serve as a welcoming stepping stone to bridge Asia with other countries in the West and on the international stage more broadly.

Third, Canada has long-standing educational links with Asia. ABLAC members noted that students throughout Asia – including India, China, Pakistan, and Korea, among others – seek their international education in multicultural Canada, making our education system second-to-none among international students. ABLAC members also highlighted, however, that too few Canadian students are pursuing degrees, university-sponsored internships, or academic exchanges in Asia. Globalization is creating new opportunities in Asia and knowledge-sharing will be critical. But for young Canadians to take advantage, they need to know about the opportunities available to them and how to better prepare for an Asian-centred global economy.

Finally, throughout ABLAC 2019 it was consistently noted that Asia competence remains one of the most important skill sets to continue developing in Canada, particularly among millennials and young adults. ABLAC members agreed that by having a multicultural population, several Asian diaspora groups, and a rich history of international engagement, Canada should be able to effectively develop Asia competence – particularly within the context of the newly-ratified CPTPP.

Defining - and delivering on - a national Asia strategy for Canadian youth

Challenges remain, however, in developing Asia competence in Canada. Currently, Canada lacks a national strategy and an updated education curriculum with a focus on the new economic landscape and intercultural proficiency may be an important step in the right direction. Moreover, millennials in Canada need to understand the importance and benefits that will accrue in developing Asia competence, and governments and universities need to be more effective in disseminating information on key programs such as international internships and exchanges.

Young adults and millennials can benefit from a renewed national strategy focused on Asia competence that will equip them for the future global economy; Canada’s growth and success depends upon it. 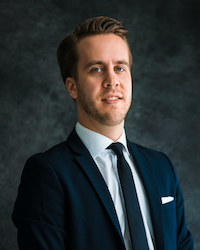