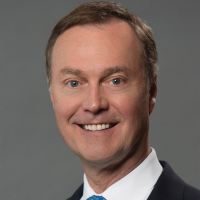 Don Lindsay is President and Chief Executive Officer of Teck Resources Limited. He is currently Chair of the Business Council of Canada and a Director of Manulife Financial Corporation. He recently completed a three-year term as Chair of the International Council on Mining and Metals, and was previously Chair of the Board of Governors for Mining and Metals at the World Economic Forum. He also serves on the Board of Directors for BC Children’s Hospital Foundation, Alpine Canada, York House School, and is an Honorary Governor of the Royal Ontario Museum. Prior to joining Teck, Mr. Lindsay was President of CIBC World Markets Inc., led the bank’s Investment and Corporate Banking Division, the Asia Pacific Region, and was founder of CIBC’s Global Mining Group. He is a graduate of Queen’s University (B.Sc., Hons.) and Harvard Business School (MBA).