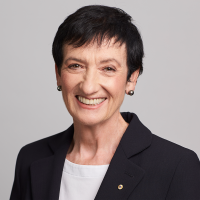 Jennifer is an Adjunct Professor at the City Futures Research Centre of the University of NSW and also serves as a member of the UNSW Council. She is the inaugural Chair of the Board of Studio Schools of Australia, a patron of Mental Health Australia, the Co-Patron of Pride in Diversity, and a patron of the Pinnacle Foundation.

In 2018, Jennifer was made an Officer (AO) in the General Division of the Order of Australia.
She has a Bachelor of Arts (Honours) from the University of New South Wales and in 2017 received an Honorary Degree (Doctor of Letters) from her alma mater. She was a Chevening Scholar at the London School of Economics.