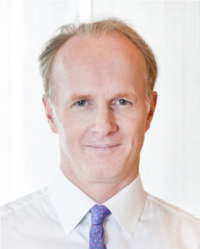 Prior to joining CPP Investments, Mr. Machin had a 20-year career at Goldman Sachs where he was most recently Vice Chairman of Asia ex-Japan. Based in Asia for more than 20 years, among other roles, Mr. Machin ran the Investment Banking Division of Goldman Sachs in Asia ex-Japan for six years. He was a member of Goldman Sachs’ Asia Management Committee and the Firmwide Capital Committee. Before that, he qualified as a medical doctor in 1990 and in 1991, after practicing medicine in the U.K., he joined Goldman Sachs in London in European Corporate Finance.

Mr. Machin holds a BA in Physiological Sciences from Oriel College, Oxford University, and a BM BChir from Downing College, Cambridge University. He currently serves as Chairperson of the Board of Directors of FCLT Global and in 2020 he joined the Advisory Board of the 30% Club of Canada. He was named both a Catalyst Honours Champion for 2020, which recognizes those making workplaces equitable and inclusive for women, and one of Canada’s Top 10 CEOs by Glassdoor in its 2018 Employee Choice Awards.