After Hawaii, It's Time to Dust Off that VCR

It's Nov. 20, 1983. Across North America, children are up past their bedtimes with their parents, glued to the TV set. Of an estimated 100 million television viewers — 10 times the number of people who tuned in for The Voice's season 1 finale — most stay up past the "main event" to watch former secretaries of the U.S. government debate nuclear policy with astronomer Carl Sagan. ABC and other networks open temporary psychological counselling hotlines to assist viewers in distress. What was this bizarre moment in television history? None other than the screening of Nicholas Meyer's made-for-TV nuclear-disaster-film, The Day After, still the single-most-viewed TV movie in history.

It would be reassuring to think that the foreign ministers of the world, as they met in Vancouver this week to discuss North Korea's nuclear weapons program, had images like those from the film in mind as potent reminders of the consequences of failure in nuclear diplomacy. With its scenes of cities, panicked crowds, and children being incinerated in a flash of blinding light, The Day After makes for difficult watching, even 35 years after its initial broadcast. It is a brutal, intimate, and unflinching depiction of ordinary people caught up in the onset of a nuclear war and its eventual, horrific aftermath. 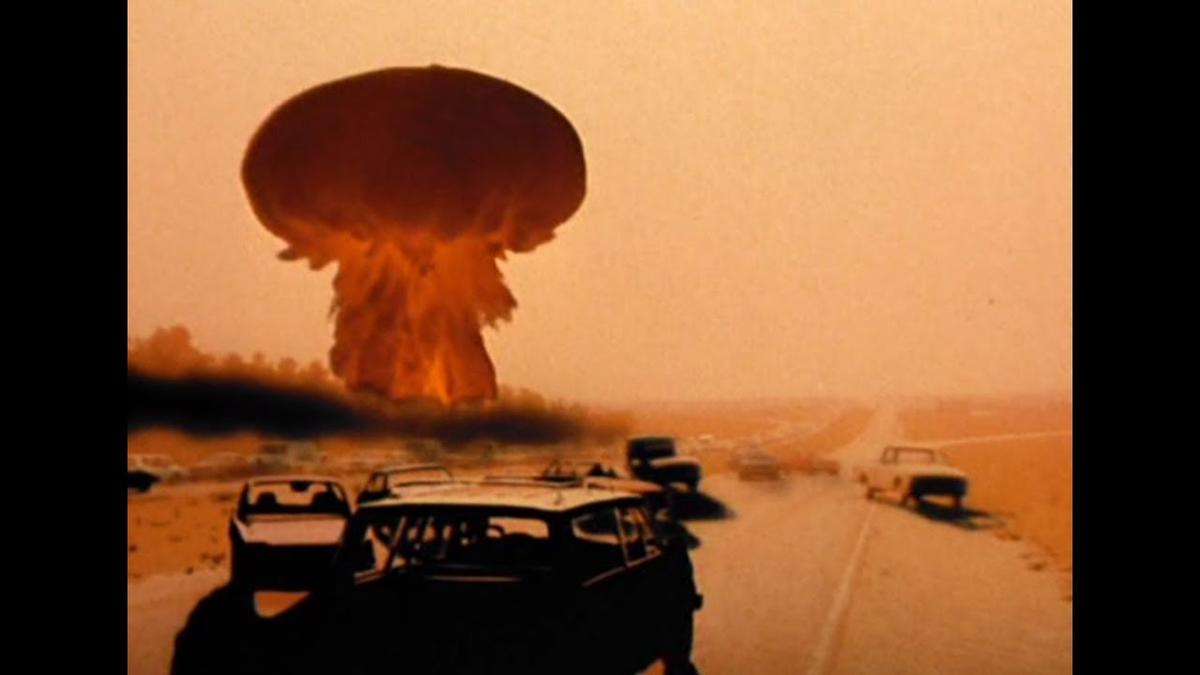 A promotional still from the 1983 made-for-TV movie, The Day After. | Image courtesy ABC Circle Films

In an early scene, Helen Oakes and her husband lie in bed watching news of escalating tensions in Western Europe. Helen reassures her husband, Russell, that the crisis will blow over, just like the Cuban Missile Crisis did: "It didn't happen. It's not going to happen now," she says. Russell replies: "Nah. People are crazy, but not that crazy." What is so eerie about these TV-movie exchanges is that they could have been directly clipped from our lives circa 2018.

When U.S. President Donald Trump talks about "fire and fury," "total destruction," or his "much bigger" nuclear button, what choice do we have but to say to each other, "He's crazy, but not that crazy", and go on with our lives? These reassurances, now as then, are based more on the desire to soothe the people we care about than any special insight.

After recent false alarms in Hawaii and Japan sent panicked residents and visitors scrambling for cover from imagined missiles, it is hard not to recount those scenes in The Day After when the onset of a nuclear war became undeniable: some drive frantically to try and escape, others hold their families close and wait to die. These scenes bear a striking resemblance to accounts of the panic in Hawaii. And yet, these parts of the movie were written from the imagination — throughout the Cold War, there was no moment where the American public was given an irrefutable indication that the bombs were on their way. Twice in the past week, once in Hawaii and then in Japan, we seemed to have moved beyond the familiar reassurances of Act One and into the terror of Act Two. And now we are left, perhaps more disturbingly, to consider just how easily false alarms like these could lead to a real nuclear exchange.

As a young Canadian, here is how I see our present situation: We have reached a moment where the risk of a nuclear exchange is the realest it has been in recent memory. But, unlike older generations, we are culturally ill-equipped to attach a real, human cost to the spectre of a nuclear exchange. Unlike our parents, most young Canadians haven't seen The Day After. In fact, it seems like anyone who lived through 1983 lived through a time where nuclear anxiety positively oozed out of popular culture. Nena's "99 Luftballons" — the cheery tune about a deadly nuclear mistake — topped international charts. Bruce Cockburn's "Lovers In a Dangerous Time" — although less commercially successful — described the tension between the optimism of young lovers and the ever-present danger of annihilation. Frankly, it is hard for me to even imagine a No. 1 single in 2018 dealing with the ongoing threat of nuclear war. This neglect has taken a toll on the prospects for peace.

Take, for instance, the study by Stanford University last August that found that 60 per cent of Americans would approve the use of nuclear weapons killing as many as two million Iranian civilians to prevent the deaths of 20,000 U.S. soldiers in a hypothetical invasion. To some degree, the 2016 U.S. Presidential Election itself can be seen as a referendum on the irresponsible use of nuclear weapons. Just as Donald Trump promised not to "rule anything out" where the use of nukes against ISIS was concerned, Hillary Clinton and Barack Obama argued that Trump could not be trusted with the launch codes, a case he seemed dedicated to helping them make. Perhaps we should contemplate an uncomfortable possibility: Trump's message of flippancy about the use of nuclear weapons was more popular than Obama and Clinton's solemn reality-check.

In today's geopolitical and cultural context, Netflix, Hulu, and traditional television networks all have a role to play in de-escalating the present crisis on the Korean peninsula. The role is simple: screen The Day After all over again. Bring the true face of nuclear Armageddon back into the homes of North Americans complacently accustomed to peace. Let us have a clear, mental image of the reality we are contemplating when we discuss military "options" in North Korea. Perhaps, when we all think more about the real meaning of war, we will find an appetite for peace that will see us through this current crisis. We will either face war in our thoughts and imaginations, or we will face it in our lives. The time to decide is now.

This piece was first published in The Vancouver Sun on January 18, 2018