Around the world, national responses to the COVID-19 pandemic have been likened to reactions that might be expected in full-blown war scenarios. Many countries have announced fiscal policy measures to support their health systems and their economies. Governments are ensuring households, individuals, and businesses are given the necessary monetary and credit support to survive and sail through this unprecedented global turbulence.

Australia’s agriculture and fisheries industries contribute substantially to the country’s economy, with the bulk of exports going to Asia. Some of the high-value products dominating exports include rock lobster, premium tuna, abalone, wool, beef, veal, and dairy. China is Australia’s largest agricultural export market and about half of Australia’s seafood production is exported to Japan, China, Vietnam, and Hong Kong. Such dependence brought about an unprecedented drop in exports of fresh produce when the pandemic started to hit China in January. The cancellation of large-scale Lunar New Year events in China and the consequent reduction in demand was disastrous not just for Australia but for Canada as well. Canada’s Atlantic lobster exporters faced a similar decline in exports in February.

As China and other Asian markets slowly emerge from their lockdowns and return to normal life, the Australian government has recognized as an opportune time to support exporters of fresh produce with an exclusive air freight mechanism that will help get their products into these markets while facilitating the import of essential medical supplies on return flights. In a joint media release on April 1, ministers of trade, transportation, agriculture, and fisheries announced a C$110-million injection into this program to help agricultural and fisheries exporters secure freight access.

Products eligible under this mechanism include seafood, premium red meat, dairy, and premium horticulture products that are not deemed essential domestically. To head the co-ordination of this initiative, a former managing director of leading Australian supply chain companies Toll Holdings and Linfox has been appointed as the International Freight Coordinator-General to work out operational aspects such as departure points, arrival points, freight mix, product eligibility, etc.

The government has called on agriculture and fisheries industries this month to express their interest in using the new mechanism and has received more than 500 enquiries. The first success story will see bi-weekly flights delivering premium seafood to Taiwan. The near-term success of this mechanism in facilitating the movement of essential fresh produce and medical supplies across trade routes is a space to watch as Australia tries to rescue its disrupted industries and restore essential exports. Ensuring trade continuity also underscores Australia’s commitment made at the G20 virtual summit for trade and investment ministers held on March 30, where trade ministers agreed to co-operate to keep medical supplies, agricultural products, and other essentials flowing to help mitigate the impacts of COVID-19.

Canada’s support for its farmers and fishers

Canada’s COVID-19 economic response plan, announced on March 18, is providing support to businesses and industries, including fisheries and agriculture. On March 23, Prime Minister Justin Trudeau announced measures to support farmers and agri-food businesses. These include increasing credit availability to farmers, producers, agribusinesses, and food processors through Farm Credit Canada, increasing the maximum allowable employment duration for temporary workers, deferring nearly C$173 million in loans for another six months for eligible farmers, and ensuring the continued movement of agri-food products across the Canada-U.S. border. Additionally, more than C$10 billion in support is being provided to small and medium-sized businesses through the Business Development Bank of Canada and Export Development Canada.

More than C$10 billion in support is being provided to small and medium-sized businesses through the Business Development Bank of Canada and Export Development Canada.The agriculture and fisheries industries in Canada are highly export-oriented. More than 90 per cent of Canadian farmers rely on exports. In 2019, the U.S, China, and Japan were the top three countries for Canadian agriculture, fisheries, and forestry exports. In Canada’s Economic Strategy Tables report, an ambitious target of C$85 billion in exports by 2025 was benchmarked for agri-food and seafood industries. This target was based on a 3.5 per cent annual growth rate. With the global economic fallout from the pandemic, these export targets for 2025 may face a significant challenge.

Australia’s international freight assistance mechanism for its farmers and fishers is a strategic measure to restore these industries’ exports. Still in its trial phase and yet to be road-tested, this initiative may not be future-proof, but for Canada, which is also highly dependent on exports, similar mechanisms could help trigger creative measures to uplift the declining export curve at home. 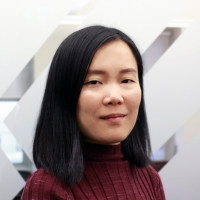 Stephanie Lee is APF Canada's Program Manager, Networks and Partnerships. She has direct experience working with think-tanks and international organizations in Asia including the Food and Agriculture Organization of the United Nations. Stephanie studied a Master of International Forestry at the University British Columbia, and a Master of Public Systems Management and Bachelor of Science in Geography (Hons.) in India.