After taking a fairly lax approach at the beginning of the COVID-19 outbreak between January and March, the Cambodian government faced a heightened crisis in early April with the number of infections growing rapidly both regionally and globally. A series of strict measures to curb the virus were quickly adopted, including the cancellation of Khmer New Year celebrations throughout the country and the restriction of domestic travel for a week (April 10-16). These measures were unprecedented for Cambodia, especially during New Year celebrations (April 14-16) when hundreds of thousands of Cambodians traditionally make the journey home to visit their families in the countryside or embark on a holiday.

Soon after, on April 30, Cambodia’s Law on National Administration in the State of Emergency (also known as the ‘state of emergency’ law) was passed. This law, which is in force but has yet to be invoked, provides the government with “extraordinary powers” in times of national emergency. But given Cambodia’s track record on democracy and human rights in recent years, concerns have been raised over the government’s use of the pandemic as an opportunity to weaken and restrict civil and political liberties, affecting political parties, civil society organization, and the media.

Creating a roadmap to declare a state of emergency

The drafting of the ‘state of emergency’ law actually began in late-March when Cambodia was beginning to struggle with a rapid increase in the number of COVID-19 cases and facing a potential spread of the virus during the upcoming Khmer New Year celebrations. The approval of the bill was fast-tracked in April through Cambodia’s legislative bodies – the Council of Ministers, the National Assembly, the Senate and the Constitutional Council of Cambodia – before being granted final approval from the King, or in this case, by Acting Head of State, Say Chhum, the President of the Senate. (King Norodom Sihanomi was out of the country, receiving a medical check-up in Beijing at the time.)

The law ostensibly assists authorities in governing the nation during a time of emergency. It is based on Article 22 of the Constitution, which stipulates a state of emergency can be declared when the country is faced with dangers caused by war or foreign invasion, public health emergencies, tumultuous chaos threatening national security and public order, and severe disasters.

Concerns over the rights and freedoms of Cambodians

Cambodia has been facing growing criticism for a deteriorating human rights situation following the 2018 national election in which Prime Minister Hun Sen and the ruling Cambodian People’s Party (CPP) secured all 125 National Assembly seats. Human Rights Watch has condemned an increasingly restrictive environment for political opponents, civil society organizations, and the media. The UN Special Rapporteur on human rights in Cambodia, Rhona Smith, expressed concerns over the recently-enacted law and highlighted that the broad language surrounding it to justify the protection of national security and public order could “potentially be used to infringe on the right to privacy and unnecessarily restrict freedoms of expression, association, and peaceful assembly.”

Both Amnesty International and Human Rights Watch have expressed similar concerns, arguing that the vague and broad language of Article 5 of the Constitution in outlining the restrictive measures could be subjected to misinterpretation or misapplication. Rather than addressing public health concerns, critics argue, the law in fact compromises fundamental human rights in Cambodia and was enacted in the absence of any consultation with human rights defenders or civil society members more generally.

Critics argue, the law in fact compromises fundamental human rights in Cambodia and was enacted in the absence of any consultation.In response to these criticisms, the Cambodian government contends that similar ‘state of emergency’ laws also exist in many other countries, particularly Western countries, granting emergency powers to their executive branches. The government’s Cambodian Human Rights Committee spokesperson Chin Malin further emphasized that the International Covenant on Civil and Political Rights and the Universal Declaration of Human Rights allows governments to restrict the rights and freedoms of citizens in a state of emergency. These restrictions must be determined within the context of the applicable law, approved through due process, and must be in the interest public interest. The Cambodian government claims its state of emergency law meets these criteria, adding that the government-proposed measures will be monitored and reviewed by the National Assembly and the Senate.

During a press conference on April 7, weeks prior to the law coming into force, Prime Minister Hun Sen defended the bill, arguing that only if the government’s directions to prevent the spread of the virus are not respected by the population and the situation was to worsen, would he actually invoke the state of emergency law. Now that it has been enacted, a state of emergency can be declared as part of Cambodia’s on-going response to COVID-19, giving the government “extraordinary powers” to ensure public safety and national security. The prime minister, however, has stressed that the likelihood of the law being invoked is “0.1 percent.”

State of emergency laws similar to Cambodia’s indeed exist around the world, giving governments “extraordinary powers” to respond to national emergencies. At home, Canada’s Emergencies Act of 1985, if invoked, could provide the federal government with similar powers to respond to an “urgent and critical situation of a temporary nature.” Although briefly considered as a procedural step, the government decided against it given the provincial and territorial governments’ ability to manage the pandemic in their respective jurisdictions.

But how the Cambodian government intends to utilize its new law remains to be seen. Although Prime Minister Hun Sen has stressed the government is unlikely to invoke the law anytime soon, Canada should pay close attention to its usage if invoked. While the limited scope of Canada’s bilateral relationship with Cambodia also limits channels of engagement, Ottawa could play a role here as a middle power invested in the region and the mitigation of this global outbreak. Encouraging Cambodia to abide by its commitment to observe the principles of a multi-party democratic state and ensure that voices from its civil society are heard, could be a good place to start. 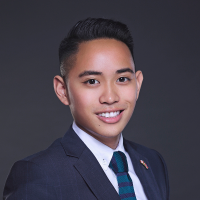 Darren Touch is a policy commentator and analyst on Cambodian and Southeast Asian affairs. With a background in public policy, Darren has extensive knowledge and experience in governance and evidence-based, people-focused public policy development in the public, private, and non-governmental sectors. He is a Schwarzman Scholar completing a Master of Management Science, Global Affairs at Tsinghua University, Beijing, and a graduate of the Master of Public Policy and Global Affairs (MPPGA) from the University of British Columbia.