A recent complaint against Canadian Tire has once again highlighted the poverty-level wages paid to workers at Bangladeshi textiles and ready-made garments (RMG) supplier companies hired by Canadian companies. The issue underscores the power imbalance between the companies and the suppliers — made worse by the lax standards companies apply when dealing with the suppliers. As Canada positions itself as a country promoting responsible business conduct abroad, it is imperative to hold Canadian companies accountable.

On November 22, two North American trade unions accused Canadian clothing and footwear retailer Mark's and its parent company, Canadian Tire, of contravening international human rights standards by failing to ensure a living wage for garment workers in their supplier factories in Bangladesh. The two unions filed a complaint with the Canadian Ombudsperson for Responsible Enterprise (CORE), seeking a probe into what they labelled a “human rights abuse.”

Textiles and apparel dominate Bangladesh’s trade ties with Canada, constituting over 90 per cent of the country’s product exports to Canada. Major Canadian brands such as Hudson’s Bay, Mark’s, and lululemon source many of their products from Bangladeshi suppliers. Yet a darker side of this lucrative relationship remains overlooked. Research shows that since the Rana Plaza disaster in 2013 – which left 1,132 dead – there was a 13 per cent decline in the amount of money paid by companies to supplier factories. As a result, the Bangladeshi suppliers operate at thin margins and pay poverty-level wages to their roughly four million workers. And despite a 2019 revision to the minimum monthly wage, from C$74 (5,300 Bangladeshi takas) to C$145 (11,165 Bangladeshi takas), several studies indicate that this amount falls well short of a living wage. A living wage is generally defined as the money a person needs to cover their costs of living, and varies by location and community. The living wage for a worker in a Bangladeshi city, according to a benchmark mentioned in the complaint, should be at least in the monthly range of C$288-449 (21,966 to 34,236 Bangladeshi takas). 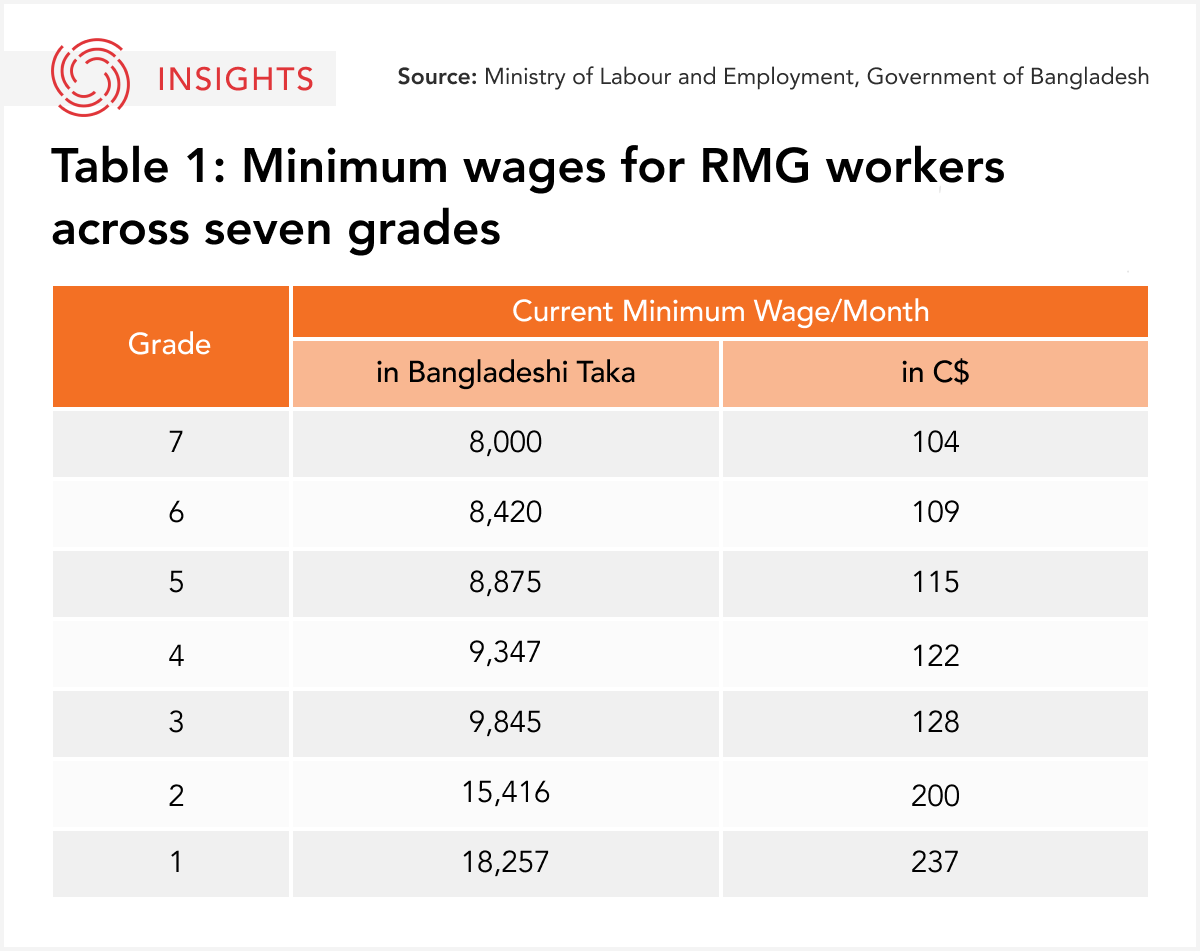 Workers in these supplier factories do not have the right to unionize. The Global Rights Index, prepared by International Trade Union Confederation (ITUC), the world’s largest trade union federation, lists Bangladesh among the top 10 worst countries for workers. The index mentions that workers in Bangladesh suffer from regressive laws, and that they face numerous obstacles in forming a union. The index also notes that strikes by workers are typically brutally suppressed. It quotes the country’s Export Processing Zones Labour Act (ELA) 2019, which states that workers in export processing zones cannot unionize or organize protests. The research report “Not Even the Bare Minimum” by United Steelworkers Humanity Fund, a charitable organization advocating for workers’ rights worldwide, states that none of the Bangladeshi supplier companies for Canadian companies have unions to protect workers’ rights. Meanwhile, Bangladesh’s lower minimum wages in the RMG sector, compared to competitors like China, Vietnam, and Cambodia, continue to attract price-sensitive foreign buyers. 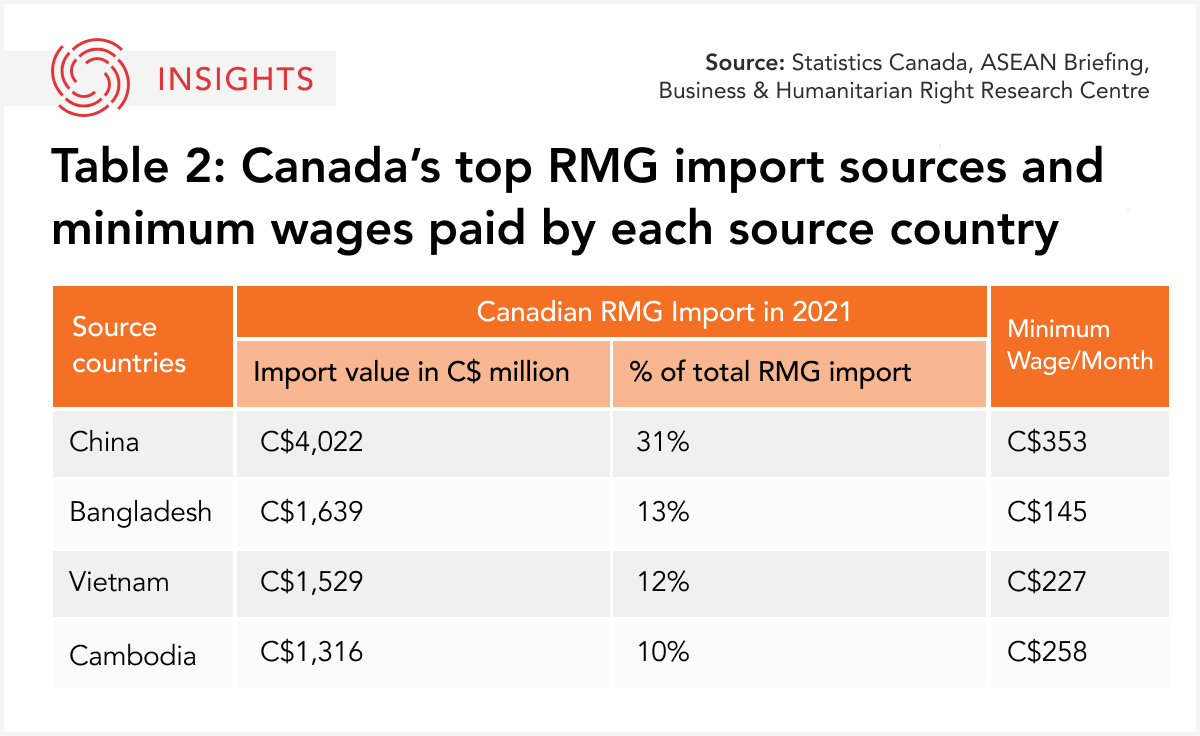