Illegal trawling and overfishing continue to plague the Pakistani port city of Gwadar, triggering new waves of mass protests by residents. The protests highlight the excessive Pakistani security presence in  Balochistan, which is geographically Pakistan’s largest province, but economically the poorest. The demonstrations also underscore the plight of the local ethnic Baloch people and their increasing dissatisfaction with China-Pakistan Economic Corridor (CPEC) projects that, according to locals, bring them little benefit. Ahead of next year’s general elections, Pakistan faces a unique push and pull between the need to address its economic crisis amid rising debt and the need to listen to urgent public demands.

Gwadar is home to some 90,000 residents and has been the centre of an almost month-long protest against non-local fisherfolk overfishing in the port city’s waters and over the government’s inability to preserve the basic living conditions and safeguard the fishing rights of local fisherfolk. A Baloch cleric led the demonstrations, which included fisherfolk, labourers, and young students who threatened to block CPEC projects, a flagship of China’s Belt and Road Initiative, if the government failed to meet their demands. The protesters demanded the provision of basic facilities for locals such as water, power, better education, and an end to unnecessary military checkpoints in the region.

At the heart of the protests is the disaffection felt by Balochistan residents towards the Pakistani civilian-military administration. Decades of resource extractions by the elitist civilian-military Pakistani government, coupled with the excessive presence of military forces in the geographically ‘inhospitable' province, have left the ethnic Balochs dispossessed and disgruntled. Adding to the residents’ precarious position is the displacement caused by the CPEC projects, which have been underway since 2013 and are worth around C$87 billion (14.527 trillion Pakistani rupees). According to researchers, the CPEC projects in Gwadar hold a strategic value for China. The projects, once completed, will allow China access to the Indian Ocean, creating an alternative route for shipments headed to China via the Strait of Hormuz. 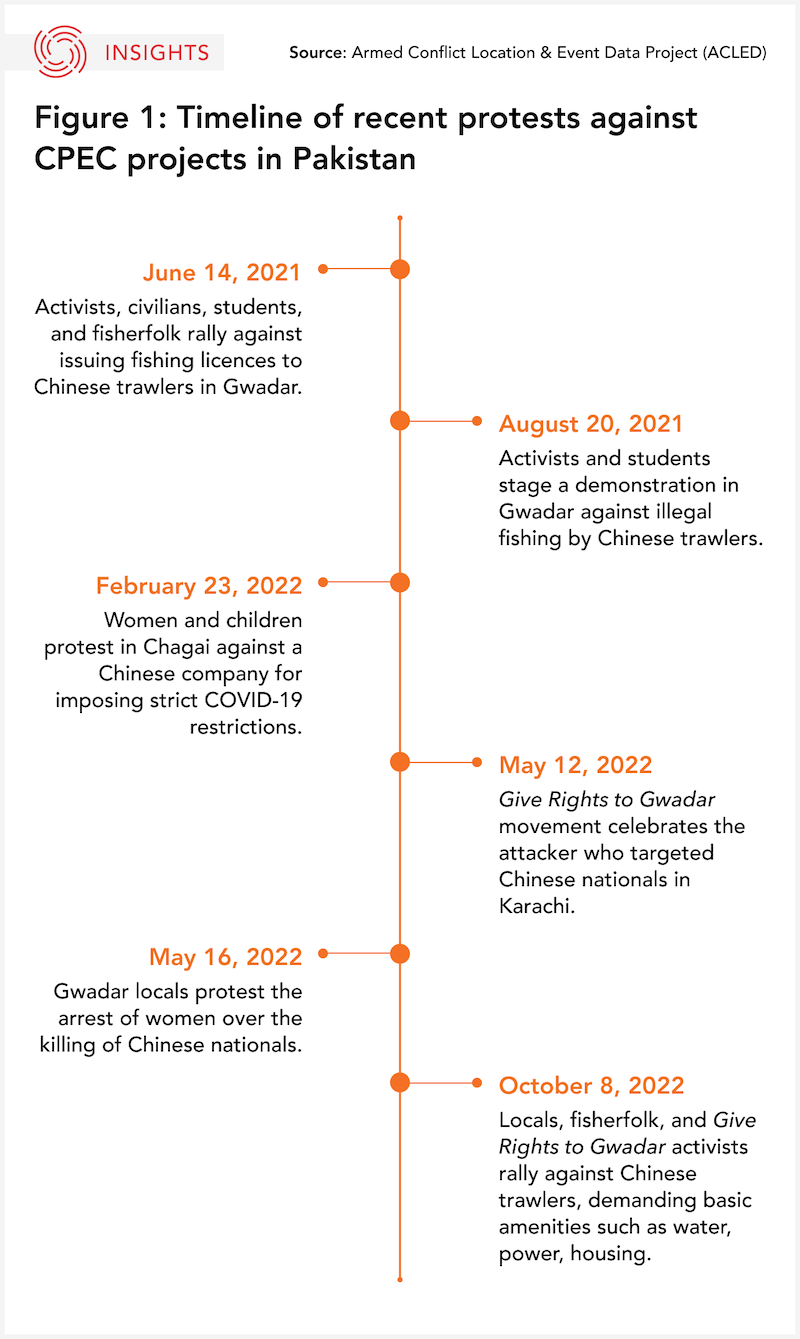 In a city where the majority of the population depends on the fishing industry, the federal government’s scheme to award fishing rights to Chinese trawlers has raised public concerns and led to visible dissatisfaction with CPEC projects, irrespective of their potential to generate job opportunities. Illegal trawling has been an issue in the region since the 1960s, and in 2021, the Balochistan provincial government banned illegal fishing/trawling within 12 nautical miles of Gwadar’s shores. However, local fisherfolk continue to face competition from the neighbouring province of Sindh and international vessels, including Chinese vessels. This, when combined with the fact that 91 per cent of the revenue generated from operations at the Gwadar port will go to a Chinese state-owned company, has led to multiple peaceful protests against the Pakistani state and China (Figure 1), as well as violent attacks that have killed more than 20 Chinese workers since 2015. In response, Pakistan enhanced security in the province by stationing around 15,000 security personnel around Chinese workers. Balochistan has also been home to separatist movements since Pakistan’s independence in 1947, and Baloch separatist groups routinely carry out attacks on Pakistani security forces (Figure 2). 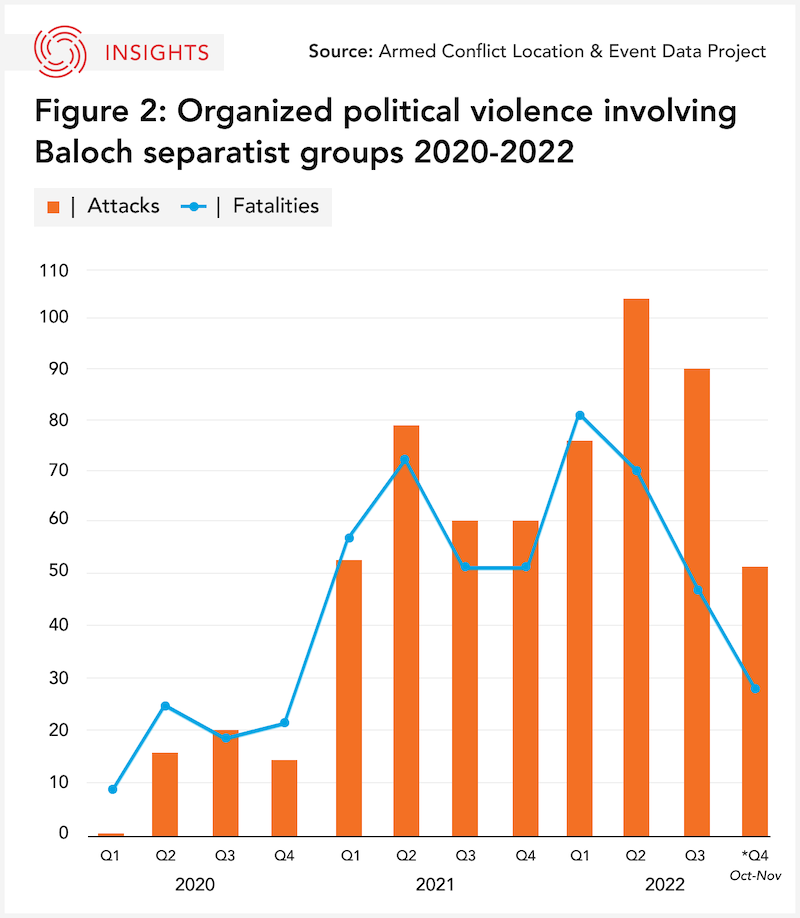