The CPTPP Tracker: Assessing Canada's First Year of Participation in the Comprehensive and Progressive Agreement for Trans-Pacific Partnership

The future of the global economy is in the Asia Pacific. The region is home to many of the world's fastest-growing economies and is already responsible for 46 per cent of global GDP and 34 per cent of global exports. But with trade liberalization under attack and protectionism on the rise, free trade agreements with Asian powerhouses become even more important, particularly for trading nations like Canada.

To support Canada's engagement in Asia, APF Canada has developed the Trade Tracker, an instrument dedicated to providing performance assessments of the main FTAs that Canada is a part of in the Asia Pacific. The Trade Tracker monitors, analyzes, and forecasts trends and opportunities in Canada's international trade and investment relations with its partner countries. It also identifies markets and sectors where Canadian exports of goods and services have been the most successful in taking advantage of the elimination of trade barriers facilitated by FTAs.

APF Canada’s 2019 CPTPP Tracker presents an early assessment of the first year of implementation of the Comprehensive and Progressive Agreement for Trans-Pacific Partnership, which entered into force on December 30, 2018 in the context of an already-protracted trade war between the United States and China that has compromised Canadian trade expansion. In the context of this current geopolitical climate, the CPTPP Tracker shows early gains and losses in trade expansion and the opportunities created for Canadian businesses. 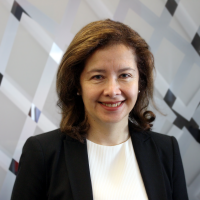 Grace Jaramillo is an APF Canada Expert Consultant on Trade and Global Value Chains and former Program Manager, Business Asia, at the Foundation.