International aid organizations raised the alarm this week about a humanitarian situation that has been a top priority for Canadian foreign policy: the 925,000 Rohingya refugees taking shelter in eastern Bangladesh. The conditions there are ripe for the rapid spread of COVID-19; preventing “an enormous loss of life” will require the government in Dhaka to restore internet access and telecommunications networks in the refugee campus so that aid organizations can get accurate information on how the residents can protect themselves.

The international community badly needs Dhaka’s help, not just to avoid a health catastrophe in the camps, but also to continue hosting the Rohingya until they are safe to return to Myanmar. As such, foreign governments are likely to remain silent on some disturbing trends that suggest a retreat of democracy and increase in intolerance of views critical of Bangladesh’s ruling Awami League party.

On March 25, Bangladesh’s law minister announced that the jail sentence for former Prime Minister Khaleda Zia will be suspended for six months so that the 74-year-old can receive medical treatment for arthritis and respiratory ailments. The last time Zia’s case attracted much media attention was during Bangladesh’s December 2018 general election. Not only was she conspicuously absent due to her imprisonment earlier that year, but her once-powerful Bangladesh National Party (BNP) severely under-performed, winning only five of 300 parliamentary seats. In contrast, the incumbent Awami League (AL) came away with an astounding 288 seats.

Some attributed the AL’s success to the fact that it has made real improvements in people’s lives, not least of all because of an impressive streak of economic growth. The more pessimistic observers, however, worried that the AL’s commanding win was at least partly due to its consolidation of control over the machinery of government, and that trends toward anti-democratic practices would continue, especially human rights violations and curbs on media freedoms. Will the AL’s ability to deliver the economic goods mean that citizens will be willing to look the other way if democratic institutions are further eroded and intolerance of dissent becomes increasingly violent? What stake, if any, does the international community have in the health of Bangladeshi democracy?

Promises of a ‘golden Bengal’

During Bangladesh’s 2018 general election campaign, the AL emphasized the idea of a “sonar bangla,” or “golden Bengal” – a future of development with economic growth, poverty reduction, and job creation. They weren’t bluffing: in 2019, Bangladesh was the fastest-growing economy in Asia. Furthermore, in a recent public opinion survey, a large majority of Bangladeshis was optimistic that economic growth would continue into the next year. (This survey was conducted before the spread of the COVID-19 virus.)

The AL’s grip on power has been aided not just by its economic performance, but also by the fact that there is no real functional opposition. Although Khaleda Zia will be released from jail, the government has said it will keep tabs on her and prevent her from leaving the country. Zia’s son, also part of the BNP’s power structure, is in exile in London, England. In any case, the BNP has not managed to produce a platform that appeals to Bangladeshi voters and is grappling with internal divisions over its relationship with a most controversial alliance member, the Islamist Jamaat-i-Islami. Although the BNP was once a formidable political party, its seeming ineffectiveness makes its resurgence unlikely, at least in the near term.

Although democratic values are embedded in Bangladesh’s constitution, there are other signs that democratic culture is in retreat and tolerance of criticism is in decline. For example, on March 13, Amnesty International called for an investigation into the disappearance of journalist Shafiqul Islam Kajol. Kajol went missing after an AL legislator filed defamation charges against him under the country’s Digital Security Act. In October 2019, one of the AL’s student wings killed university student Abrar Fahad over a Facebook post critical of Bangladesh’s water-sharing agreement with India. This sparked protests over the diminishing of democratic space on university campuses and threats to the freedom to express political dissent, especially towards the ruling party.

Another sign of democratic decline is that voter turnout in recent local elections has been lower than usual – ranging from 40 per cent for local council elections to a mere 27 per cent for the Dhaka city election. The latter was also a site of violent skirmishes between AL and BNP supporters. In addition, the AL was suspected of voter obstruction, ballot stuffing, and partisan control of the polling stations. It would not be surprising if these two things were connected; in other words, low voter turnout may reflect not only wavering confidence in the credibility of elections, but also growing civic apathy toward the electoral process.

Even if there are troubling signs of democratic erosion in Bangladesh, the international community is not likely to press the issue. One reason is economic – the policies implemented by Sheikh Hasina and her AL government have improved living conditions for a country that is the eighth-most populous in the world. A second reason is humanitarian. Bangladesh is hosting nearly 925,000 Rohingya Muslims displaced due to the targeted violence by the military in their native Myanmar. Hasina continues to be of the view that repatriation of the Rohingya should be the ultimate solution, but until then, the international community will need to keep her on side so as not to make the humanitarian situation worse.

Over one third of the world’s population lives under a government that limits press freedoms. That includes Bangladesh. Perhaps full democracy and freedom of speech seem less important when the economic times are good. However, Bangladesh’s citizens are a diverse group, with varied political concerns and backgrounds, including nationalists, minorities, and women’s rights activists. In the current political climate, it is difficult for them to mobilize alternative visions for the country. The temporary release of Khaleda Zia is unlikely to do much to re-claim some of this democratic space. It is an occasion, however, to reflect on how much Bangladesh is falling short of the democratic ideals laid out in that country’s constitution. 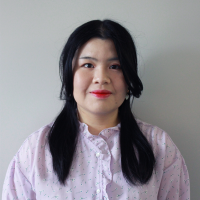