Election Watch Myanmar: Balancing Economic Recovery and Social Reform in the Lead-up to the General Election

Yangon, Myanmar’s largest and most economically consequential city, is more than a month into a COVID-19-induced lockdown. While the government has gradually lifted some of the restrictions, lockdown measures have inflicted serious pain on the city’s poor, especially those who work in the country’s vast informal economy. The government offered one-time food assistance and cash grants equivalent to about C$59, but these hand-outs were insufficient to stave off suffering, and conditions have become dire. It is, to say the least, not what the ruling National League for Democracy (NLD) party was hoping to campaign on as it enters the final week before the general election on November 8.

But despite these economic hardships, the NLD is expected to win by a comfortable margin. Nevertheless, it is worth taking stock of the party’s pre-pandemic economic performance since its historic electoral victory in 2015. This Dispatch, the second in a four-part series, reviews the NLD’s economic accomplishments and challenges over the past five years, as this may provide clues as to what we might expect for an anticipated second NLD-led term.

Although Myanmar’s current economic picture may look grim amid COVID-19 restrictions, it is useful to step back and take stock of how far the country has come in just a decade. From 1962-to-1988, the military government pursued autarkic policies known as The Burmese Way to Socialism. The failures of these policies, combined with stiff international sanctions starting in 1988, after yet another military coup, made the country one of Asia’s poorest. Although the military government began gradually opening the economy beginning in 2010, the legacies of this period are profound – as of 2018, GDP per capita was less than C$1,800 per year, the lowest in Southeast Asia. Moreover, the military, also known as the Tatmadaw, carved out a continuing role in the economy. Not only does it run its own companies, but its members are effectively beyond the reach of its Anti-Corruption Commission. Another legacy of this period is the continued role of the informal economy, which employs an estimated 83 per cent of the country’s workers. The prevalence of this informal economy is one reason Myanmar has one of the world's lowest tax-to-GDP ratios.

Nevertheless, Myanmar has posted strong economic growth rates since 2010, when power transitioned to the military-affiliated Union Solidarity and Development Party (USDP). The USDP’s gradual process of political and economic liberalization was welcomed with an end to most Western sanctions. During this period, the country’s GDP grew at an average rate of more than seven per cent. The NLD government has kept up this pace, making Myanmar the fastest growing economy in Southeast Asia during the past decade.

Myanmar’s human development index (HDI) – a measure of education levels, average life expectancy, and per capita income – has also risen steadily, growing nearly 12 per cent since the start of the decade and 67 per cent since 1990. An important caveat, however, is that such figures mask geographic and ethnic disparities, with many regions outside of the main urban centres not sharing equally in these gains. For example, the rural areas and areas with significant ethnic minority populations often suffer from poverty rates far higher than those of many urban regions, where the ethnic Bamar majority predominate.

Finally, the NLD has made progress in two important infrastructural domains. The National Electrification Project, implemented since 2015, has brought electricity to more than two million people so far, especially in geographically peripheral areas like Chin, Kachin, and Rakhine states, where many of the disaffected ethnic minorities reside. Furthermore, the government has put forward a plan to build more than 30,000 km of roads over the next 20 years. These policies are addressing real needs: as recently as 2017, less than 40 per cent of the population had access to electricity, and only half of the rural population had access to roads. In fact, only 20 per cent of the country’s roads were paved.

There have been some areas, however, where the NLD’s economic policies have fallen short. For example, the pace of the economy's liberalization has been a focal point for many foreign observers, who note that there are continued restrictions on Foreign Direct Investment (FDI) and foreign corporations still face restrictions in accessing certain regions of the country. The NLD’s 2020 election manifesto signals that it plans to continue to take a cautious approach to foreign economic activity, not unlike the approach taken by its USDP predecessors.

Another area expected to continue to hamper Myanmar’s economic potential is the NLD’s lack of attention to resolving the country’s many ethnic conflicts. Some of Myanmar’s most lucrative natural resources, including timber, rubies, and amber, are located in regions with active armed ethnic militias. According to a 2015 report by Global Witness, the world’s most valuable jade is found in Kachin State in the country’s north. The report estimates the sale of this jade earned C$41 billion a year, nearly half of Myanmar’s GDP. Disturbingly, however, the profits flow not to locals but to military elites, drug lords, and ‘crony companies.’

The USDP government did make some progress in peace talks with some of the armed ethnic militias. However, this process stalled in 2014, and the NLD has not paid sustained attention to ethnic reconciliation, choosing to instead focus on its base, the ethnic majority Bamar, and the NLD’s relationship with the military. Unless the party has a sudden change of priorities, the economic benefits of these natural resources will continue to feed corruption and ethnic militias rather than the broader local populations.

Looking ahead to the COVID-19 economy and beyond

As in many other parts of the world, the COVID-19 pandemic has drastically depressed Myanmar’s economic trajectory. Many industries, such as textiles, oil and gas, and tourism, are facing headwinds due to changing global consumer habits and past developments in global energy markets. Moreover, the government has a limited ability to stimulate the economy. Some say this pandemic-induced recession could be the most severe for Myanmar since the Great Depression.

China has been a reliable source of assistance for Myanmar, dating back to when Myanmar was under international sanctions by many Western countries. Both the current and previous Myanmar governments have been reticent about becoming too dependent on China, having to contend with the public’s strong nationalistic sentiments against over-reliance on foreign entities. One has to look no further than a massive hydroelectric dam project, run by a Chinese state-owned enterprise, suspended since 2011 after objections from many sectors of society. However, China is interested in making Myanmar an important part of its Belt and Road Initiative (BRI). This economic lifeline from China might become more essential in a post-COVID world, especially as some Western nations grow wary of Myanmar amid continuing reports of human rights violations and even genocide within the country. But BRI activity in ethnically tense regions could go either way – toward the pacification of these regions or toward inflaming tensions further, especially if projects happen without adequate consultation.

While some of the world’s ruling parties have taken a battering for their approaches to the coronavirus pandemic, the NLD’s electoral prospects are expected to be relatively unaffected due to its reliably strong political base among ethnic Bamar, not to mention the main opposition USDP’s failure to rebrand itself. The downside is that it could mean that the NLD can continue to neglect policies that would improve economic conditions in non-Bamar areas. However, a group of ethnic parties has formed a coalition, looking to strengthen their bargaining power after feeling dissatisfied with the lack of progress towards ethnic reconciliation over the past five years. It remains to be seen whether they can negotiate terms for economic improvements in their respective regions, but signs point to the central government at least being pushed to take meaningful steps toward long-term prosperity for all of the population in its next term.

Just over a week before voting takes place, the NLD announced a plan to create jobs and attract foreign investment, called the Myanmar Economic Recovery and Reform Plan. The devil, as they say, might be in the details as to whether this plan might accomplish both economic development and reconciliation.

The author is grateful for the comments and suggestions provided by Election Watch Myanmar team members Julia Nguyen and Matthew Putman. 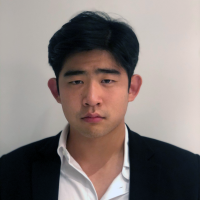 Tae Young Bae is a fifth-year student at the University of B.C., pursuing a combined major in Science and a minor in Asian Area Studies. He is co-director of the Student Election Watch team on APF Canada’s Asia Pacific Youth Council.