Facing a Geopolitical Perfect Storm: What are Canada’s Next Moves?

Our foreign policy discourse in Canada has long been premised on a stable U.S.-led Liberal International Order and focused on marginal moves within that stability. Even in the face of unusual shocks in 2018-2019, the public discourse has been reactive and narrow. The age of a stable Western-dominated order is over. We have entered a period of intense competition for global rules and norms, a battle between connectivity and fragmentation, and a confrontation between old established powers and new rising powers. Canada can play a key role in this critical period, if we take the full measure of current geopolitical shifts and move beyond linear thinking.

The age of a stable Western-dominated order is over.

In historical terms, these are unusual times. We are facing a combination of great disruptions that will likely lead to either a collapse of global institutions or a new reformed global compact. The current ‘perfect storm’ includes five major features.

First, four decades of economic globalization have generated both unprecedented prosperity and great inequalities, along with geographic dislocations, and generational divides. Where globalization was not matched by domestic public policies that helped spread the fruit of globalization through infrastructure, education, health systems, and redistribution, backlash against the whole project ensued. That is what happened in the U.S., the U.K., and to some extent France, Chile, and many other European countries – but not Canada, Germany, or Japan.

Second, the mere shift of a few million voters in battleground states from Obama to Trump in 2016 in response to social dislocations and an ensuing identity crisis has led to the most revolutionary U.S. administration in over a century. All (U.S.-created) global institutions that sustain globalization and the global liberal order have become targets for the Trump administration. The WTO Dispute Settlement Mechanism will cease to function on December 11 due to the U.S. veto on the nomination of new judges. The entire post-1970’s arms control regime is collapsing as the U.S. pulls out from all treaties and institutions. And the U.S.-led trade war against China – but also Japan, Europe, South East Asia, India, and many others – constitutes the biggest unravelling of the post-1944 trading order and a return to the tariff wars of the 1930s (which started with the U.S.-instigated Smoot-Hawley tariff of 1930). The great global effort begun under Woodrow Wilson in 1919 and continued by presidents Roosevelt and Truman to construct a system of global rules, norms, and law that advance peace, security, democracy, and prosperity is under assault from within the heart of the castle. We are slowly returning to a 19th century world of nations and might-is-right.

The most revolutionary U.S. administration in over a century.

Third, we are also living through the greatest power shift in over a century. The share of advanced democracies (OECD countries) in the global economy has dropped, according to the  World Bank, from 81 per cent in 2000 to 60 per cent in 2018 in terms of GDP. The U.S. share dropped from 31 per cent to 24 per cent in those 18 years. Europe and Japan also dropped fast. Of the near 21 per cent gain for emerging countries, the biggest share (12%) went to China (with an increase from 4% to 16% of global GDP). India took nearly two per cent and South East Asia also two per cent, while the rest is shared more widely. Shifts of this magnitude are unusual and disruptive. Voting rights in global institutions are now outdated and out of sync with the current distribution of power. And for doubters, it is important to note that China and India are merely returning to the position they held for 2,000 years as anchors of the global economy (representing 50-to-60% of global GDP from 0 to 1800).

In another great paradox, we are currently focused on the inevitable transpacific decoupling initiated by the Trump administration between the U.S. and China. Yet, much of Asia is living another reality: the recoupling and growth of the entirety of Asia under the massive reconnection of the Silk Road led by China, but also by competitive investments from Japan, Korea, Europe, Southeast Asia, and India. 60 per cent of world growth for the next two decades will come from Asia. And Asia is also getting connected with Europe and a rising Africa, leading to an ascendant Eurasian-African zone representing 80 per cent of world growth. For the first time in 200 years, the world contains many regions and nations affirming their cultural identity, values, and interests. It is a more diverse world than the one we had grown accustomed to in the West. We must learn to listen to new non-Western voices, or returning voices.

This great power shift means that new rules, norms, and institutions will not be negotiated within the cozy club of G7 advanced democracies. That world is over. Already, the top five economies in 2019 are, in order: the U.S., China (nearly 70% the size of the U.S.), Japan, Germany, and India. Gone are the U.K. and France from that short list. Canada is not the sixth or seventh largest economy any longer, but tenth (after Brazil).

The cozy club of G7 advanced democracies? That world is over.

Fourth, with climate change, we are also facing the greatest challenge to life and to our post-Industrial Revolution economic model. Data show that emissions have badly increased over the last few years and that we will pass the key 1.5C threshold (increased average temperature since the start of industrialization) in the early 2030s. We also know that this threshold will unleash weather changes, storms, droughts, fires, and floods unknown to our modern age and will lead to the collapse of countries and to the demise of democratic governance in many more. Essentially, we have two decades to transform our economic models to green economies.

Fifth, we are also living through the start of the Fourth Industrial Revolution, with the rise of the Digital Age and artificial intelligence (AI). Models show that up to 50 per cent of existing jobs could be destroyed within two decades, as new ones get created. If not managed carefully, the AI revolution will lead to further inequality and wealth concentration – and political backlash.

The combination of all of these structural shifts has led to rising misperceptions and misunderstanding among nations, securitization, and geopolitical polarization. Rising nations yearn to cast aside the legacy of Western colonization, while the West is impatient to see progress in democracy and human rights. Yet modern Western-style democratic institutions are hard to set up suddenly in a very different society. We often forget the protracted pathways followed in countries such as France, the U.K., Japan, or Korea. Successful political transitions take time and follow diverse paths; they require peace and space.

The current perfect storm also means that the future world order of 2030 will emerge from strategic interactions among an entirely new cast of global actors. If those interactions are purely adversarial and unable to generate co-operation toward common goods, we could face a very dangerous world indeed.

In the midst of great volatility, every country in the world is currently readjusting its position and foreign policy. Singapore has issued an urgent call to both China and the U.S. to stop their destructive trade war. Thanks to Donald Trump, Sino-Japanese relations have greatly improved over the last three years. French President Macron just issued an urgent call to Europe to stand on its own.

What do these massive shifts mean for Canada? What are Canada’s options?  The stakes are high, make no mistake about it. Several things come to mind: 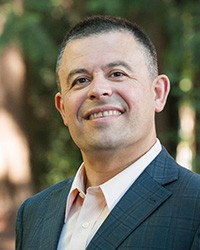 Yves Tiberghien is a Professor of Political Science, Director Emeritus of the Institute of Asian Research, and Co-Director of the Center for Japanese Research at the University of British Columbia in Vancouver, Canada. He is a Distinguished Fellow with the Asia Pacific Foundation of Canada, Chair of Vision20, and Senior Fellow, Global Summitry Project, Munk School, University of Toronto.

Guest Commentary: Multilateralism, to Cure What Ails Us China’s Frontier Lands: An APF Canada Blog Series We Must Wake Up From our Western Dream for China Read more >