The Financial Action Task Force (FATF) has placed Myanmar on its blacklist of jurisdictions for failing to implement its action plan to address its strategic deficiencies in combatting money laundering and terrorist financing. FATF urges its members to practise increased due diligence when dealing with Myanmar-based entities. The increased due diligence and additional reporting requirements could have a disincentivizing effect on foreign companies and institutions still open to investing and working in Myanmar despite the February 2021 military coup. These additional risks could further reduce the volume of money flowing into the country.

The Paris-based FATF is an intergovernmental organization that monitors jurisdictions for vulnerability to money laundering and terrorist financing. FATF also sets and promotes international standards to prevent illegal activities such as organized crime, corruption, and terrorism. The organization works with at-risk jurisdictions to develop action plans to address their strategic deficiencies.

On October 21, FATF placed Myanmar on its blacklist of jurisdictions for having significant strategic deficiencies in combating money laundering and terrorist financing. Myanmar’s failures to implement its action plan by October 2022, and to make significant progress to address the strategic deficiencies identified in a 2018 Mutual Evaluation Report, prompted FATF’s blacklisting. Once a jurisdiction is blacklisted, FATF urges its broad membership of about 200 countries and the international financial sector to recognize the jurisdiction’s deficiencies in preventing illegal activities, and to practise enhanced due diligence in conducting business transactions with the blacklisted jurisdiction. It can even recommend its members to take specific sanctions or countermeasures against the jurisdiction at fault.

The Central Bank of Myanmar (CBM) responded the following day by emphasizing that, despite being placed on FATF’s backlist, Myanmar is not in the same position as the other two blacklisted countries, North Korea and Iran, with no direct actions against Myanmar having been called for yet. CBM also stressed that all countries must implement FATF’s 40 recommendations, and that Myanmar has implemented about half of the recommendations so far and is working towards implementing the remaining recommendations.

Analysts have indicated that the direct impact of FATF’s decision on Myanmar is difficult to anticipate and will depend on how governments and companies around the world react to the additional layers of required scrutiny. This could have a disincentivizing effect on foreign companies and institutions still open to investing in Myanmar despite the military coup that toppled the Aung San Suu Kyi-led civilian government in February 2021. Foreign investments continue to flow into the country, with Yangon and Ayeyarwady receiving 70 per cent of the investments flowing into the country earlier this fiscal year. FATF’s blacklisting could dampen investors’ interest and the total investments moving into the country. 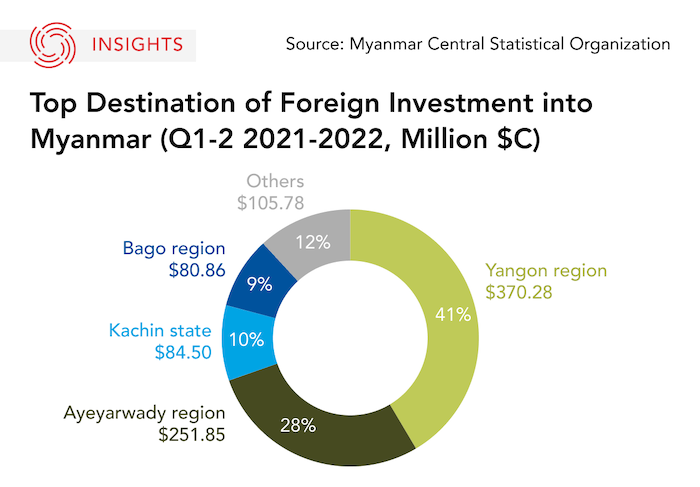 This does not bode well for Myanmar’s economy, which was already struggling from the effects of the COVID-19 pandemic, high inflation, and the imposition of Western sanctions following the 2021 military coup. Many foreign companies have since suspended operations in Myanmar, citing shareholder pressure to react to the worsening human rights situation and a volatile domestic situation. 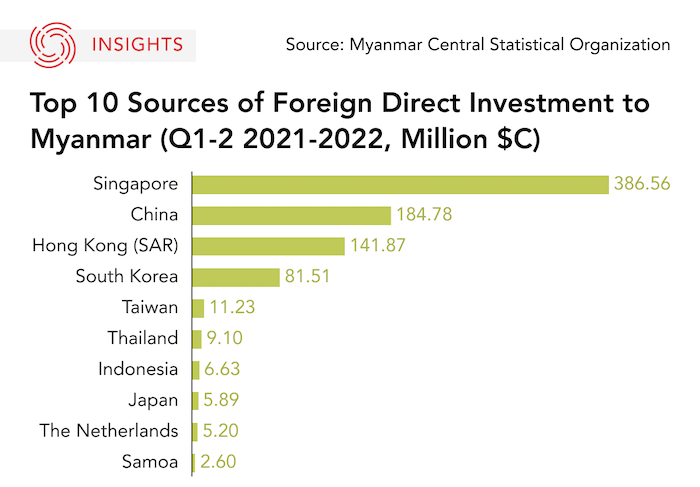