Japan’s Vaccine Hesitancy Has Implications for COVID Control, and the Summer Olympics

Research has shown that vaccination will play a decisive role in the successful control of the COVID-19 pandemic. Japan, however, is clearly lagging behind other high-income countries in its vaccine rollout; indeed, it is experiencing a unique and complex situation with respect to vaccine hesitancy.

Contrary to recent Western “anti-vax” narratives that largely stem from misinformation, Japan’s reluctance towards immunization is fuelled by a lengthy history with vaccine safety incidents.This history propelled the government to adopt a risk-averse strategy mainly to avoid liability from vaccine side effects, resulting in significant damages to the country’s domestic vaccine manufacturing capacity as well as decreased public trust in vaccines. This has put Japan at a disadvantage in its battle against COVID-19, especially as Japan battles through a fourth wave of infections and as the government appears determined to proceed with hosting the Tokyo Olympics this summer.

Vaccine safety in Japan prior to the COVID-19 pandemic

In 1948, the Japanese government passed the Preventive Immunization Law that mandated the general public be vaccinated against infectious diseases. In the following decades, Japan experienced several issues thought to be associated with the combined diphtheria, tetanus, and whole-cell pertussis vaccine (DTwP), notably the deaths of two infants in 1974. In 1993, after reports of unexpectedly high rates of aseptic meningitis following administration of the measles, mumps, and rubella (MMR) vaccine, it was withdrawn after only four years in distribution.

Faced with a public backlash and lawsuits, the Japanese government reversed its immunization policy in 1994 from compulsory to “strongly recommended.”This was the most significant change to Japan’s national immunization law and had significant implications for future vaccine directives and public perception.A study on global trends in vaccine confidence published in The Lancet found low levels of public trust in vaccine effectiveness, importance, and safety in Japan, with fewer than 30 per cent of Japanese respondents expressing confidence in vaccines along with their willingness to have their children vaccinated.

The World Health Organization defines vaccine hesitancy as the delay in acceptance or refusal of vaccines despite availability of vaccine services, influenced by complex sociopolitical and cultural dynamics. Vaccine hesitancy is often described using the three Cs model: Confidence (trust in vaccine safety and effectiveness, the systems through which they are administered, and decision-makers); Complacency (perceived low-risk of acquiring infectious diseases); Convenience (vaccine availability, accessibility, affordability, and personal willingness to pay).

In 2013, the Japanese government further undermined immunization policy when it suspended proactive recommendations for the Human Papilloma Virus (HPV) vaccine after widespread media reports of alleged adverse events. The HPV vaccine, which protects against the virus that causes cervical cancer, had uptake of up to 70 per cent as part of the routine immunization schedule for teenaged girls. Following the withdrawal of the recommendations, HPV uptake plummeted to less than one per cent among those of eligible ages in the ensuing years. A modelling study suggested that this drop will result in thousands of vaccine-preventable deaths from cancer.

Implications for COVID-19 and the upcoming Tokyo Olympics

Many Western countries see herd or community immunity, achieved when population-level immunity is sufficiently high to also protect those who remain vulnerable, as the only way for the COVID-19 crisis to end. To date, Japan has managed to keep its case count and death tolls relatively low, with only 487,545 cases and 9,249 deaths recorded as of April 2021, despite its elderly population. In comparison, Canada, with three times fewer people, has reported over 1 million cases and 23,414 deaths.

Although the Japanese government recently vowed to accelerate its vaccination campaign, Japan does not share the same sense of urgency to vaccinate its citizens to stop community spread as countries that have borne the brunt of the pandemic. However, with the Tokyo Olympics only a few months away, the government is under pressure to quickly expand vaccine coverage. So far, it has fallen short in this respect, with only 7.58 million vaccine doses administered (as of May 19) for a population of 126 million. Eighty per cent of respondents in a poll indicated their disapproval of the country’s sluggish vaccine rollout plan and decision to proceed with the Olympics Games, despite lacklustre vaccine coverage and safety protocols for their athletes and attendees.

Vaccine development is not the focus of Japan’s pharmaceutical industry, despite it being the third largest in the world, with some blaming the government’s previous risk-avoidant policies on immunization. Due to limited domestic manufacturing capacity, Japan currently relies on imported vaccines for COVID-19. However, these imports have been delayed by manufacturing issues, the EU’s export controls, and vaccine equipment shortages.

Additionally, Japan requires a painstaking vaccine approval process involving domestically-run clinical trials. The Pfizer/BioNTech vaccine is not the only candidate to have obtained authorization as of May 2021, when the approval of the Moderna and AstraZeneca vaccines was announced – although there are as yet no plans to use the AstraZeneca vaccine due to concerns about rare blood clot complications. In a quest to gain competitive import advantages, the government signed agreements with suppliers to provide compensation for any potential adverse effects arising from the jabs, a move similarly employed by other countries. In March 2021, Japan pledged to spend 160 billion yen (C$1.8 billion) towards boosting domestic vaccine industry to counter supply issues.

It is unclear yet whether public opinion around vaccination has changed significantly due to the COVID-19 pandemic.  A poll found that sixty-two per cent of Japanese respondents would consider getting the COVID-19 vaccine if it became available, although a separate poll concluded that Japanese have significant concerns over vaccine safety. Strategies to increase public COVID-19 vaccine uptake include a communication campaign undertaken by Japanese physicians to answer questions and counter misinformation using the popular Line messaging platform.

Overall, Japan’s unique position to carry out the Olympic Games has subjected the government to greater public scrutiny and prompted it to be more aggressive with its rollout of the COVID-19 vaccine than it might otherwise have been.

The view from Canada

While Canada’s publicly funded health-care system covers routine immunization for children and adults against communicable diseases, no policy currently exists to mandate vaccination. As such, Canada has seen surges in vaccine-preventable diseases such as measles, most notably an outbreak in British Columbia’s Fraser Valley in 2014 that resulted in more than 400 cases. These surges have been linked to vaccine refusal that is largely attributed to misinformation, such as the since-discredited link between the MMR vaccine and autism.

Likewise, Canada also suffers from a lack of domestic vaccine manufacturing capacity since the sale of Canadian vaccine producers due to a lack of profit.Like Japan, Canada relies on external shipments to fulfil COVID-19 vaccine coverage, which have experienced delays and hampered early stages of vaccine rollout. The federal and provincial governments have since invested hundreds of millions in bolstering domestic production plants to prepare for future pandemics.

In both Canada and Japan, the COVID-19 pandemic has highlighted vaccine-related issues that have been decades in the making. The devastation wrought by COVID-19, in both human and economic terms, has made it clear that neither country can afford to be complacent in the face of the next pandemic. Both governments have taken steps to boost vaccine uptake and domestic manufacturing capacity, although deep-rooted public perceptions of vaccine safety have proven to be challenging to address. Despite being historically risk-averse, Japan has developed novel communication strategies to boost public confidence in vaccines, including making physicians the forefront of vaccine promotion campaigns using technological tools as well as increasing trust with emotional appeals.

Statistics Canada reported that around 77 per cent of Canadians aged 12 and older are somewhat or very willing to get a COVID-19 vaccine. However, there are disparities in the willingness to get vaccinated across diverse population groups. This further highlights the need to establish tailored educational messages that resonate with these communities, an area where Canada can benefit by utilizing creative approaches employed by other countries.

Strategies established to improve vaccination rates must examine the complex interaction of socioeconomic factors that influence vaccine accessibility and acceptance. Canada’s decentralized health-care model emphasizes outreach at the local level, where engagement with community leaders will promote trust and facilitate reliable communication channels. Current changes in both government priorities and public perceptions are promising, and if sustained over time, should enable a vastly improved response in the future. 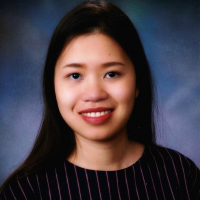 Ly Nguyen is a Global Health Researcher at the Asia Pacific Foundation of Canada, working on the Translating Asia-Pacific COVID-19 Experiences for Canada project. She graduated with a Master of Public Health from the University of Alberta and was previously involved in community-based health research projects in Vietnam. 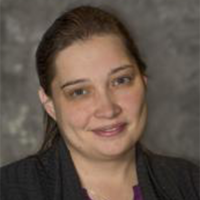 Candice Ruck is a researcher at the Asia Pacific Foundation of Canada. She has an MSc. in Experimental Medicine from the University of B.C. and her previous research has focused on Global Health and Immunology/Infectious Diseases.