Mongolia is particularly vulnerable to the spread of COVID-19, not only because of its weak health-care system, but also because of its close connections to China and South Korea. Both neighbouring countries serve as primary gateways for Mongolian travellers abroad and host thousands of Mongolian students (5,500 in South Korea and 10,000 in China). Mongolians trade daily with Chinese counterparts through 13 ports along a 4,630-km-long land border, while the largest Mongolian diaspora community (some 50,000 people) resides in South Korea. Despite these close connections, so far Mongolia has had only 33 imported cases, including three foreign nationals.

Mongolia began working with the World Health Organization (WHO) on January 10 as the United Nations agency began releasing technical guidance on testing and containing the virus. Following the WHO’s suggestion on January 22 that countries begin considering containment measures, Mongolia immediately activated its inter-agency State Emergency Commission in support of the Ministry of Health as a lead agency against the outbreak. Although Mongolia lacks resources to effectively use tracing apps or large-scale testing, its swift and aggressive conventional containment methods – enforcement of masks in public, cancelling mass gatherings, and compulsory isolations in hospitals – have so far prevented a spreading of the virus. Mongolia’s experience provides useful insights for sparsely-populated, remote communities in Canada’s provincial northern regions, the Northwest Territories, and Nunavut, where local authorities have limited human and material resources to contain and mitigate risks of local outbreaks.

The activation on January 22 of the State Emergency Commission, which is headed by the Deputy Prime Minister and supported by all ministries and agencies, has allowed the government to mobilize the necessary resources to effectively support efforts of the Ministry of Health and the National Centre of Communicable Diseases. To help ensure more resources could be diverted as needed to decreasing the spread of the virus, the State Emergency Commission declared a heightened state of readiness (or Level II) on February 12. This led to the creation of a 24-hour emergency inter-agency headquarters to co-ordinate Mongolia’s nation-wide response. This national emergency system puts health professionals in control of the response, while limiting any political interference, a common challenge in Mongolia’s polarized, populist political environment.

The State Emergency Commission . . . implemented C$75 fines for those not wearing masks in public places.So far, the Mongolian response to the pandemic has relied heavily on conventional measures. First, the government has enforced mask wearing in public places. The use of masks, especially from early November when flu season starts and air pollution worsens, is already familiar to Mongolians. However, from January 25, the capital city of Ulaanbaatar’s authorities demanded all employees at government offices, banks, shops, and markets wear masks. At the same time, public health professionals and community leaders conveyed the importance of mask wearing and hand-washing and worked to increase sanitation at all major urban centres and public places. The State Emergency Commission began promoting on April 13 a month-long campaign – “Let’s Wear Masks” – and implemented C$75 fines for those not wearing masks in public places. The government’s policy of requiring everyone to wear a mask seems to have also been effective in constraining habits like spitting in public and face touching, further reducing the close-contact spread of the virus.

Second, the government cancelled all types of events and closed schools on January 27. The Ministry of Education extended the closure of secondary schools and kindergarten – both were on winter breaks since December 23 – and shifted all post-secondary educational organizations to distance learning. City authorities further prohibited any political, social, cultural, religious, or sporting events. The most significant cancellation was Lunar New Year celebrations – a major event, involving extensive travel and wrestling competitions. This required shutting down public transportation for three days in the capital city and blocking all major roads between the capital and provincial centres from February 21 to March 1.

Popular support notwithstanding, there are two major lingering concerns around Mongolia’s COVID response. For one, the government’s commitment to repatriating citizens from abroad, especially by chartered flights, has raised concerns since the majority of confirmed cases so far have been travellers on these flights. But the Prime Minister has reaffirmed the repatriation initiative – especially for those with medical conditions, the elderly, pregnant, small children, and those ‘stranded’ due to financial difficulties. The other recognized challenge is the rise of domestic violence, mostly exacerbated by unemployment and alcoholism.

Despite enormous differences in terms of government structure, economic capacity, and health-care systems, Mongolia’s response offers some lessons for remote communities in the Canadian North where authorities lack resources such as testing kits skilled medical staff, and ventilators. The urgent, centralized and conventional approaches taken by Mongolia – enforcement of masks in public, cancelling mass gatherings, and compulsory isolations in designated hospitals – could indeed contribute to the prevention of community spread. This more ‘analogue’ approach to battling the pandemic does, however, require very close collaboration and continuous communication between the public and the government. 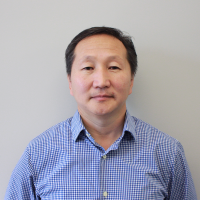 Democracy in the Time of Covid-19: Mongolia’s Parliamentary Election