Municipal elections in a small Japanese town highlight how nuclear energy remains a contentious topic in the country as the central government moves towards expanding its use in response to the global energy shortage. This issue will continue to pose a challenge for Japan’s energy security as public opinion regarding nuclear power remains polarized.

On October 23, voters in Kaminoseki, a small fishing town home to 2,400 people in Yamaguchi Prefecture, elected pro-nuclear candidate Nishi Tetsuo. Nishi argues that a new power plant will help revitalize the town, notably through government subsidies that will increase revenue and create new job opportunities. While plans for the Kaminoseki nuclear power plant have been in motion for decades, construction of the plant was halted in 2011, four days after the devastating nuclear disaster in Fukushima, which led to Japan’s move away from nuclear energy. In Kaminoseki, the issue faded away as the local government focused on other major issues such as its sputtering economy and rapidly declining population. However, amid recently growing energy security concerns, in 2021, the Government of Japan passed the Sixth Strategic Energy Plan, which includes a commitment to “pursue all options,” including nuclear energy. With the push to increase domestic energy production, the anti-nuclear camp in Kaminoseki fielded its first candidate since 2011.

The global energy shortage, Japan’s reliance on energy imports, and delays in meeting international commitments for decarbonization have shifted Japan’s post-Fukushima energy strategy of slowly phasing out nuclear power. In August, as the country faced a worsening energy shortage ahead of the winter months, Prime Minister Kishida Fumio confirmed plans to restart existing nuclear power plants and develop next-generation nuclear reactors by 2025. With the changes in the national nuclear policy, the Kaminoseki election is one instance of a larger public debate on the country’s expansion of nuclear power. 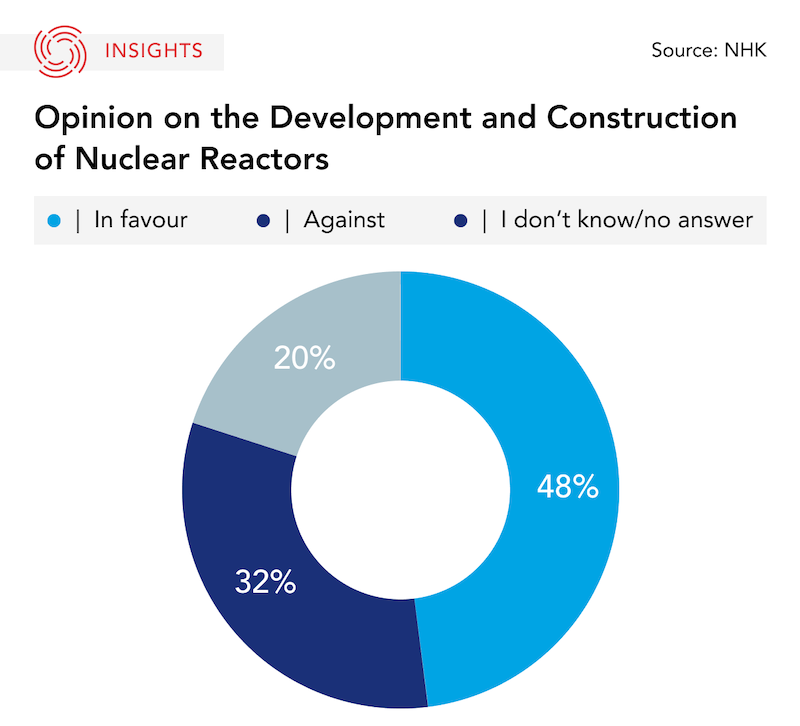