From January 5-to-12 of this year, North Korea’s ruling party, the Worker’s Party of Korea (WPK), held its 8th only ever Congress in the 73 years of existence of the regime. WPK Congresses are becoming a distinct feature of Supreme Leader Kim Jong Un’s rule since inheriting power from his father in 2012. The 7th Congress was held in 2016, but the 6th Congress was presided over by his grandfather, Kim Il Sung, 36 years earlier.

The Congresses are also a rare partial window into the reclusive country's present political, military, and economic state. The view provided by the 8th Congress set in the context of recent history suggests a possible North Korea aid crisis within this year that Canada should prepare for.

Over 5,000 delegates attended, likely the largest number ever. For most of the Congress, delegates were unmasked, reflecting the official line that there were zero cases of COVID-19 in the country. In a released summary of Kim’s nine-hour keynote speech, he both candidly admitted that economic goals set during the 7th Congress had not been met and urged the Party in closing to regard “the people like Heaven” (in contrast to typical North Korean propaganda positing the Kim family as gods). All of this was in line with Kim’s consistent branding as a more populist leader, harking back to his grandfather, and one firmly in control.

A large proportion of Kim’s speech focused on foreign policy, with an aggressive tone towards the U.S., the promise of new missile development, closer ties with China and Russia, and scant mention of South Korea. Overall, it is as if Kim’s three meetings with US President Donald Trump and South Korean President Moon Jae-In never happened, predicting the probable continuation of crippling U.N. and U.S. economic sanctions in response to continued North Korean nuclear weapons development.

Possibly most perplexing to many analysts was an endlessly repeated aspiration on Kim's part to return North Korea to a “self-sufficient, planned, peoples’ economy.” From its inception to the 1990s, the country had a heavily centralized Stalinist economy that was starkly autarkical in theory (and to some extent in reality) even relative to any other communist regime. With the end of the Cold War and the end of the U.S.S.R.’s aid, North Korea’s centrally-planned economy collapsed and up to two million (3-5% of the population) died of starvation between 1994 and 1998.

Since then, the economy has de facto undergone extensive marketization underneath a nominally communist system. Marketization started ‘from below’ by housewives resorting to micro-business to feed their households. Gender roles gave women the responsibility for saving their families from starvation as the government food distribution completely collapsed. Even today, women predominate in running small sidewalk or unofficial market kiosks.

Marketization has also proceeded ‘from above’ with state enterprises that since the late 1990s have had to find their own supply chains and markets. As a result, up to half of ostensibly state-owned enterprises are run as private companies. Kim’s predecessor, his father Kim Jong Il, undertook several draconian steps to curb the trend towards free markets, but failed. At the beginning of his rule, Kim Jong Un took the opposite tack of his father by extensively reforming and loosening regulations to catch up to reality, but for the last few years, these reforms have halted and even reversed, and Kim’s Congress address confirmed this trend.

While estimates vary widely, a consensus can be drawn that North Korea grew steadily at above 1% per year in the first years of Kim’s rule, but has seesawed since 2016 with a net contraction of at least -5%, partly due to aggressive UN sanctions imposed in that year. North Korea’s total foreign trade shrank to US$3.3 billion in 2019, roughly one-third of its annual total foreign trade between 2011 and 2015.

While initially, after Kim’s nomination, relations with Chinese President Xi were the worst of any time in the two country’s history, as soon as US President Trump announced his intention in early March 2018 to meet Kim in June, Xi kicked off the first of five intensive summits over two years with Kim in late March of the same year. For the Chinese leadership, North Korea changed from an unstable neighbour with uncontrolled nuclear ambitions, to a proxy state that had to be kept on the Chinese side in a burgeoning Cold War with the U.S. At that point, China loosened the implementation of sanctions and effectively became North Korea’s only conduit to the global economy. While China had averaged around 70% of North Korea’s total foreign trade throughout most of the last decade, in the last few years, as North Korea’s total trade has plummeted, China’s share has risen to a virtual monopoly of more than 90%.

With the global pandemic, even the link with China has become perilous, as Kim sealed the borders in January 2020. The impact of sanctions, the global pandemic, and the freezing and even reversal of economic reforms suggested by Kim at the 8th Congress have prompted many prognosticators to predict a possible crash of the North Korean economy in 2021 on a scale not seen in decades. Victor Cha, a prominent expert on North Korea, warned in January that the regime may collapse this year due to the sanctions and the pandemic.

This is overstated. The economy collapsed in the 1990s, causing up to 5% of the population to starve to death, and yet the regime survived. Since then, the halting economic reforms and years of incremental growth have created a population geared to survive practically anything thrown at them. Anecdotally, the capitol Pyongyang and some of the secondary cities that I last visited in 2019 are incomparably more vibrant places than the sad and starving Pyongyang I first visited in 1994.

Given its newly heightened strategic importance, it is unlikely China would let the regime collapse. China’s advanced recovery from the pandemic and rebounding economy may, in fact, allow Kim to open the border by the second half of this year.

Nonetheless, while complete collapse is unlikely, North Korea may soon require significant economic aid such as foodstuffs and medicine that clearly falls under the humanitarian exceptions allowed under present sanctions. As the Congress indicates, at present, the regime is pretending everything is under control, with no Covid and a self-reliant economy.

For the first several years of the 1990s’ economic collapse, the North Korean regime similarly denied any reports of disaster. Then, when it decided it would take advantage of whatever foreign aid it could gather, it reversed course and even possibly exaggerated its distress, which nonetheless was real enough. It should not be a surprise if, in 2021, North Korea suddenly does the same.

If this happens, Canada should be ready to respond. Besides the obvious humanitarian impulse of helping millions of ordinary North Koreans, there will be a realpolitik consideration that North Korea could be somewhat pried away from the total external economic grip of China. Kim himself may look at a global plea for help to escape this predicament; after all, his grandfather thrived by playing China off the Soviet Union, gaining economic favours from both.

Canada will seek to work closely with the U.S. on any heightened aid response. However, having taken power in January, the Biden administration is placing its North Korea policy ‘under review’ and may not be as prepared to lead, though in his trip last week to South Korea, U.S. Secretary of State Antony Blinken said that the announcement of a new North Korea policy would be a matter of “weeks,” and not months. Nonetheless, if circumstances unfold with Canada being called to help by South Korea, then we should be prepared to answer their call as one of our closest allies in the world, with whom we fought the Korean War, have a Free Trade Agreement, and is the ancestral home of more than 200,000 Canadians. 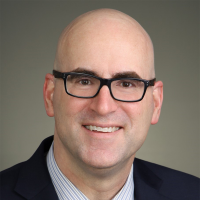 Dr. Brian Gold teaches East Asian history at the University of Alberta, and helps Canadian companies enter Asia Pacific markets. He is an Advisory Board Member of the Pearson Centre for Progressive Policy.

Multilateralism Makes a Comeback: the RCEP, Canada, and China