North Korea Launches Vitriolic Attacks on Half of World’s Countries, Including Canada and Australia

On November 15, amid North Korea’s daily armed protests against security co-operation between South Korea, the U.S., and Japan, the country’s foreign ministry verbally attacked countries, including Canada, that criticized its missile launches, and began firing more missiles on November 17 and 18. Such verbal and military provocations are heightening regional tensions.

North Korea has never been shy in hiding its sharp criticisms of what it calls its ‘main enemy,’ South Korea, the ‘imperialist aggressor,’ the U.S., and the ‘colonial plunderer,’ Japan. However, since June 2021, when North Korean leader Kim Jong Un declared a power-to-power confrontation against South Korea and the U.S., the North has retorted in a more aggressive and offensive tone, while their hostile retaliations have spread further afield. 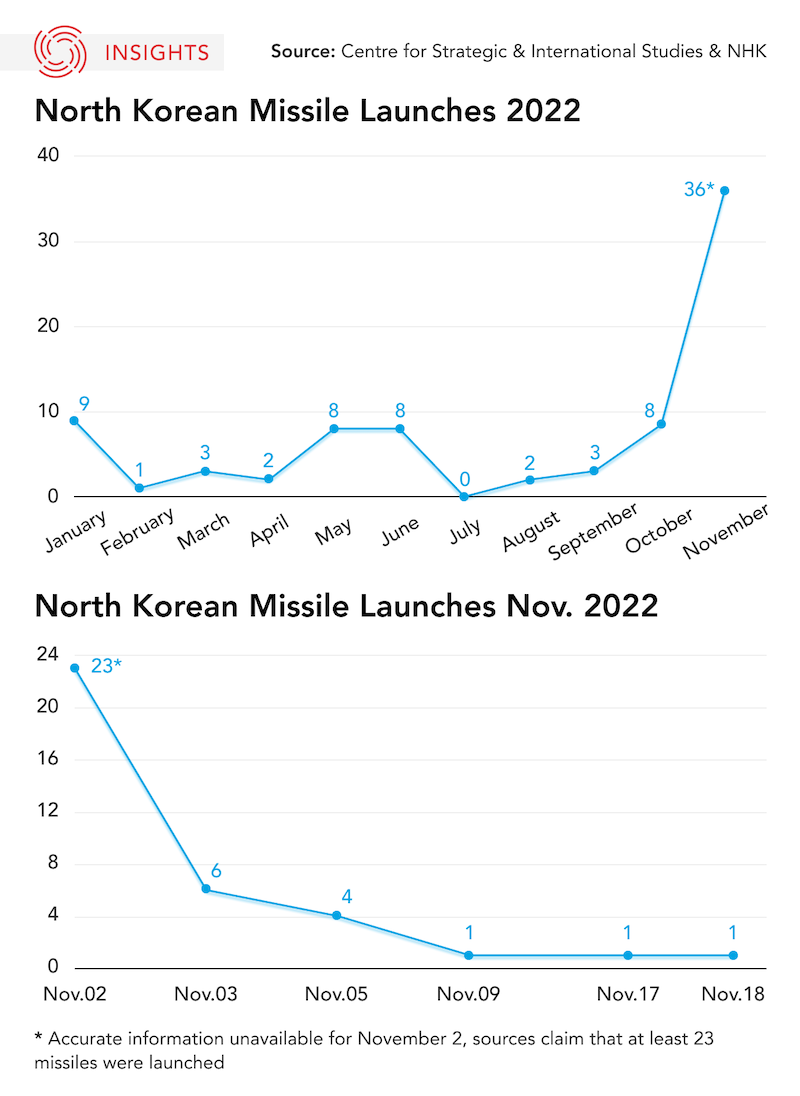 North Korea’s wide-ranging condemnations and verbal attacks ultimately aim to strengthen its regime and internal solidarity. Together with increased missile launches, the biting remarks are also a measure highlighting the ostensible greatness of Kim Jong Un’s regime by demeaning an ‘enemy’ and emphasizing the country’s achievements.