Op-Ed: Blaming China for the Pandemic is Not Productive

There has been no shortage of voices in Canada seeking to point the finger of blame for the current COVID-19 crisis squarely at China – and in truth, China has a lot to answer for. How did the virus get "out of the box" and why were early warnings from people on the ground suppressed? In time, there will be science-based answers regarding the source of the virus, and it may well be that inadequate control of wet markets will be identified as the primary reason.

In the meantime, various conspiracy theories that are doing the rounds – from dubious claims that the virus was deliberately created as a biological weapon, to speculation that it was inadvertently released from a virology lab in Wuhan – are distinctly unhelpful and get us nowhere. China has predictably reacted defensively and even unleashed its young "Wolf Warrior" diplomats to flood social media with equally preposterous theories, although saner heads seem to have prevailed and that counter-productive tactic has been toned down.

But satisfying as playing the blame game may be, it is not a useful way to move forward, either in meeting the challenges of the pandemic or in dealing with Canada-China relations. The bilateral relationship was already at an all-time low well before COVID-19 hit, owing to Canada's arrest of Huawei executive Meng Wanzhou on a U.S. warrant in December 2018 followed by China's retaliatory arrests of Canadians Michael Kovrig and Michael Spavor on alleged national security charges, not to mention various measures taken by Chinese authorities in 2019 to impede the smooth flow of Canadian exports to China. The arrival of COVID-19 from Wuhan placed another strain on this already fraught relationship.

The Justin Trudeau government, unlike the Donald Trump Administration, has resisted blaming China for the pandemic. It did not immediately slam the door on all travel from China and even took the symbolic step (for which it was criticized by some in Canada) of sending medical supplies to China early in the pandemic. (We now know that there was some urgency in sending the supplies as their validity was shortly to expire, and they could be sent in the plane dispatched to China to repatriate Canadians from Wuhan). Canada's more nuanced approach has not gone unnoticed and the Chinese government expressed appreciation for the Canadian gift. Since then, China has been the source of most of the medical supplies imported to protect Canadian health-care workers, either donated by Chinese businesses, individuals and organizations in Canada, or procured through the market.

Even the role of supplier of last resort has opened China to criticism, with reports of substandard equipment being shipped to Canada and elsewhere. Stung by the criticism, China imposed various quality control measures before export permits would be granted, only to be accused of holding up shipments of critical goods through unnecessary red tape. Had China imposed export controls on health equipment, as Trump threatened to do with N95 masks produced by 3M, and as some 60 countries (but not Canada) have done, criticism would have been more understandable.

China is far from blameless for the spread of the virus, but there is plenty of blame to go around. The lack of preparedness of the United States, when it had ample warning of what was to come, is a case in point. Canada no doubt could also have taken additional measures earlier, although our public health response has been pretty good. Rather than criticism, what is needed now is to build international co-operation, including with China, to fight the pandemic and its collateral economic damage. Dialogue on COVID-19 might also just help improve the overall environment for Canada-China relations. Will that help the "two Michaels"? It is difficult to say, but it is hard to see how it could hurt their situation.

Calls to blame or punish China for its role in the pandemic are convenient tools for those in favour of economic decoupling or disengagement with China. However, demonizing China is not productive in achieving Canada’s goals in two key areas: finding an early solution to the COVID-19 virus, and repairing a badly strained Canada-China bilateral relationship.

Hugh Stephens is a Distinguished Fellow at the Asia Pacific Foundation of Canada, an Executive Fellow at the School of Public Policy at the University of Calgary, and former long-time Canadian diplomat including in China, Taiwan, South Korea and Pakistan.

This piece first appeared in The Ottawa Citizen on May 14, 2020. 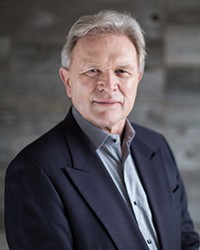 Hugh Stephens has more than 35 years of government and business experience in the Asia Pacific region. He is currently Vice-Chair of the Canadian Committee on Pacific Economic Cooperation (CANCPEC), Executive Fellow at the School of Public Policy at the University of Calgary, Principal of TransPacific Connections, and a Distinguished Fellow with the Asia Pacific Foundation of Canada. In addition, he teaches in the MBA program at Royal Roads University as an Associate Faculty member.

Before returning to Canada in December 2009, Hugh was Senior Vice President (Public Policy) for Asia Pacific for Time Warner for almost a decade, located at the company’s regional headquarters in Hong Kong.

Canada's Indo-Pacific Strategy: Analysis From Our Network The CPTPP Bids of China and Taiwan: Issues and Implications Op-Ed: A Tepid Canadian Response to Taiwan’s Defence of Democracy Read more >