Singapore released its National Artificial Intelligence Strategy on November 19, 2019. The 45-page document articulates Singapore’s plans to use AI to enhance the quality of life for its citizens. Similar to other Asian countries, Singapore is taking a whole-of-nation approach to the development, use, and governance of AI. This approach is enabled by a strong bureaucracy and positive track record of national co-ordination.

Singapore’s National AI Strategy is the equivalent of the Pan-Canadian AI Strategy, which was released in 2017. Comparing Singapore and Canada’s national strategies reveals complementary strengths and areas for collaboration. One of Canada’s comparative advantages is its fundamental R&D, while Singapore is a promising environment for testing and application. By working together, the two countries may reduce adversarialism on the international stage and carve out a bigger role for “middle powers” in the global governance of AI amid increasing U.S.-China competition. The topic of collaborating with Singapore is particularly relevant as the Canadian government is an active participant in the Global Partnership on AI (GPAI),  a G7 initiative spearheaded by Canada and France to inform policy debates and global co-operation on AI.

Singapore has a strong digital infrastructure and a highly-educated population. Combined with the government’s vision of leveraging technologies such as AI to increase its national competitiveness, Singapore is poised to play a significant role in this space. The new strategy seeks to translate these existing strengths into leadership in AI. Singapore’s aim is to become “a leader in developing and deploying scalable, impactful AI solutions in key sectors of high value and relevance to our citizens and businesses” by 2030.

The newly-created National AI office, which is part of Singapore’s Smart Nation Office, is responsible for managing the National AI Strategy. Smart Nation is the whole-of-nation initiative to digitize the country, similar to Japan’s Society 5.0 or South Korea’s  I-Korea 4.0. The new AI strategy is consistent with previous steps that the government has taken to introduce digital technology to Singapore. Importantly, the National AI Strategy brings together existing programs into a single coherent framework, as opposed to creating new initiatives.

The first part of the plan consists of supporting five ‘National AI Projects,’ aiming to deploy AI in five specific sectors: logistics, municipal government services, preventive health care, education, and border clearance operations. The designation of the five sectors provides focus and guidance for the AI industry in Singapore, and prompts a pragmatic approach that facilitates rapid testing and deployment of AI services. 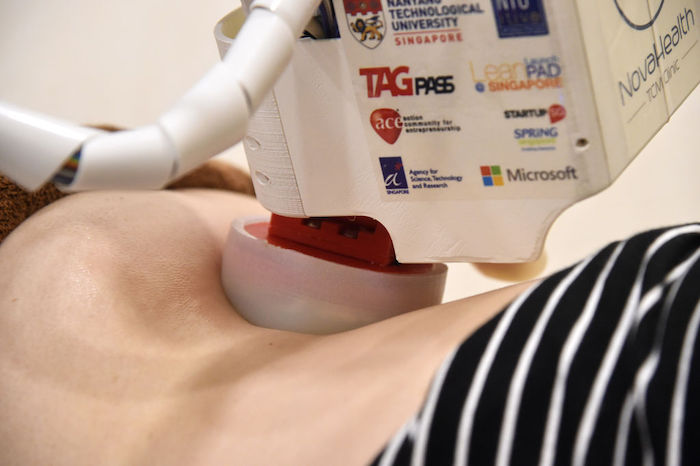 An AI-driven robot masseuse performs a massage on a patient Singapore's NovaHealth traditional chinese medicine clinic. 'Emma' provides Singaporeans high-tech back rubs that its creators say perfectly mimic the human touch. The technology is indicative of the all-of-nation approach to AI that Singapore has adopted. |  Photo: Roslan Rahman / AFP via Getty Images

The second part of the National Strategy involves building an ‘AI ecosystem,’ which will create a favourable environment for AI deployment through sound policies and enhancement of digital literacy among Singapore’s citizens. Leveraging the small size of the country and the strength of its bureaucracy, the government will facilitate collaboration between academia, industry, and policy-makers, tackling issues of AI talent, access to data, public trust, and international co-operation.

While the Pan-Canadian AI Strategy mainly focuses on supporting fundamental R&D and doctoral level talent, Singapore’s National AI Strategy is application-focused and lists more specific action items for the government. The different approaches reflect the pre-existing strengths of each country.

Canada was an early investor in fundamental R&D, and is now home to world-class researchers such as Yoshua Bengio, Geoffrey Hinton, and Richard Sutton. The Pan-Canadian Strategy capitalizes on this strength by funding research in the clusters where these academics are based (Montréal, Toronto, and Edmonton). However, it is challenging to deploy research at scale due to the relatively smaller market for commercialization compared to its neighbour, the U.S. Further, Canada generally favours a more horizontal approach that emphasizes pluralism and democratic processes among different levels of government and stakeholders, relying more on its vibrant civil society and private sector involvement in shaping governance and regulatory landscapes, which may limit whole-of-nation responses to new issues such as AI.

In contrast, Singapore adopts an application-focused approach by leveraging its smaller size and ability to co-ordinate through its strong, top-down bureaucracy. Historically, like its peers in East Asia, Singapore’s government has successfully implemented its socio-economic development agenda through centralized action – a model that is referred to as a ‘developmental state.’ While this model has been criticized for inhibiting innovation, it has been successful in achieving state objectives through whole-of-nation approaches that address everything from R&D to elementary school education.

Singapore and Canada have complementary strengths and a shared vision on AI, which makes them well-positioned to collaborate.

There is great potential in combining Canada’s strength in basic R&D and Singapore’s AI ecosystem that allows agile testing and deployment of AI services. The Pan-Canadian AI Strategy has already enhanced Canada’s basic R&D capacities through a C$125-million investment in research clusters based at Université de Montréal, University of Toronto, and University of Alberta that continue to attract leading scholars. Singapore’s National AI Strategy may facilitate deployment of AI technologies. For example, all of western Singapore will become a test area for autonomous vehicles, and the country’s Monetary Authority adopts a ‘sandbox’ approach that allows FinTech actors to experiment with new products and services.

By collaborating, the two countries also have the potential to reduce the adversarialism surrounding AI, which is now known as the ‘AI race.’ Recent years have seen increased tension between the U.S. and China, and telecommunications networks, technology supply chains, and tech-related tariffs have emerged as key global issues. Differences in values are an underlying factor in the current U.S.-China tensions. For example, liberal values such as human rights and democracy underlie criticism of Beijing’s AI-enabled surveillance systems. As the U.S. and China continue to spar, the gap between East and West may be further accentuated – and Canada and Singapore are well positioned to bridge this gap.

Canada and Singapore are both ‘middle powers’ with positive relations with most countries and reputations for being well-governed. In particular, Canada has strong relations with the West based on shared values, while aspects of Singapore’s model of governance are respected in ASEAN and Asia. By collaborating, Canada and Singapore can demonstrate that there are alternatives to a zero-sum ‘AI race, and spur other ‘middle powers’ to engage with the global governance of AI. Both Canada and Singapore have identified AI as an area of foreign policy where they want to be more present. The last section of Singapore’s National AI Strategy lists its international efforts on AI governance and ethics, such as its partnership with the World Economic Forum Centre for the Fourth Industrial Revolution. Similarly, the GPAI, advanced in 2019 by French president Emmanuel Macron and Canadian prime minister Justin Trudeau, has started to take shape with a series of international negotiations and centres of expertise, including the creation of the Montréal-based international centre in September. 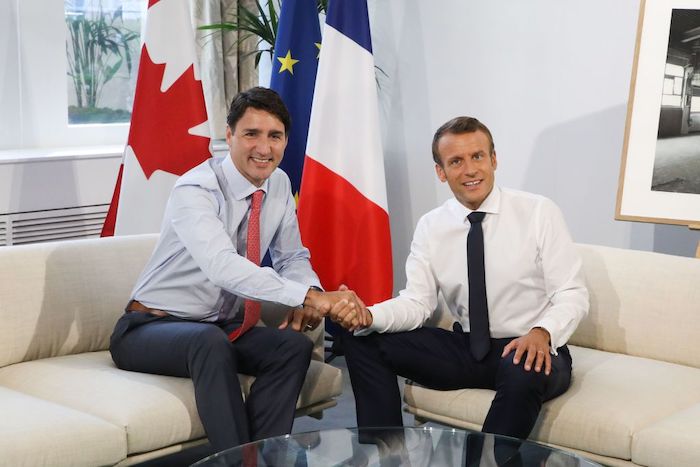 The Government of Canada should seek formal collaboration with the Government of Singapore on AI. Both Canada and Singapore are involved in various bilateral and multilateral efforts related to AI with other national governments, but they do not have a bilateral agreement with each other, and Singapore is not officially involved in Canada’s Global Partnership on AI. Montréal’s Element AI has established an office in Singapore and launched three strategic partnerships in the country. Singapore and Canada have maintained positive diplomatic relations since 1965, and the two countries have active ties, including through the Comprehensive and Progressive Agreement for Trans-Pacific Partnership.

A concrete path forward would be Canada inviting Singapore to join its GPAI initiative. Other government-to-government agreements could involve collaboration on R&D, testing and deployment of AI products, or sharing lessons and best practices for AI governance. The two countries could develop reciprocal visa and exchange programs for investors, entrepreneurs, and skilled workers. These suggestions are just a starting point and further research is needed to turn them into concrete policy initiatives. But a formal government-to-government partnership would be the starting point and foundation of further initiatives.

When it comes to AI, Canada and Singapore have natural, complementary strengths. Further, by collaborating with Singapore, which shares a similar vision as a “middle power,” Canada can contribute to international efforts to govern AI and maintain its middle ground between the U.S. and China. Additionally, a partnership with Singapore would serve as a steppingstone to other opportunities in ASEAN as the region undergoes rapid digitization and economic growth. 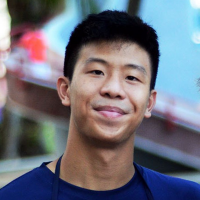 Jia Yuan Loke is a Research Associate at the Centre for AI and Data Governance in Singapore. He writes a newsletter covering AI policy and the wider ecosystem in Singapore. He has a B.A. in Politics and Sociology from the University of Cambridge.