Less than two months after its decisive win, Taiwan’s Democratic Progressive Party (DPP) is already facing questions about the island’s political future, not least of all its relationship with Mainland China. The outbreak of COVID-19, or coronavirus, has thrown into sharp relief some of the practical implications of what a strained relationship with Beijing can look like.

For starters, Taipei and Beijing have been unable to agree on evacuation procedures for affected Taiwanese citizens, including the several hundred who are stranded in Wuhan, the epicentre of the epidemic. Negotiations have been intense, in part due to the Chinese and Taiwanese prioritizing different groups for evacuation. 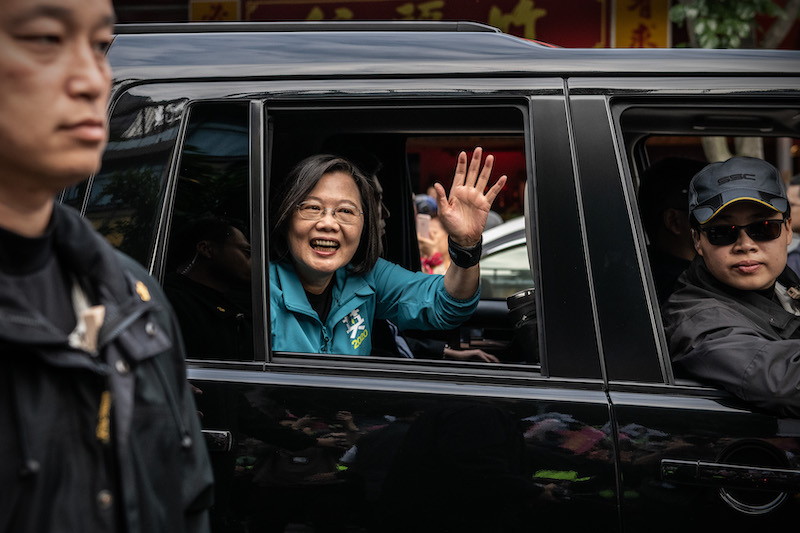 Taiwan's President Tsai Ing-wen waves from a car as she leaves a campaign event ahead of last month's presidential election on January 10, 2020 in Taipei, Taiwan. | Photo: by Carl Court/Getty Images

Finding a way to co-operate more effectively in the coronavirus response is currently the most salient cross-strait issue in Taiwanese President Tsai Ing-wen’s second term. But compounding the matter is Taiwan’s non-member status in the World Health Organization (WHO). China initially blocked Taiwan’s presence as an observer at WHO meetings; in response to international pressure, it has since relented, but only allows Taiwanese officials to observe in a personal capacity. During her re-election campaign, President Tsai had bolstered her support by criticizing Beijing’s meddling in matters related to Taiwan’s international presence. Now that the polls have closed, she faces a reprise of the same situation – a recalcitrant government in Beijing whose co-operation Taiwan needs.

Taiwanese youth between the ages of 20 and 39 were a key voting bloc in this election, constituting nearly seven million of the 19 million eligible voters. Sometimes described as the tianrandu, meaning the “naturally independent,” this generation of voters was born after the end of martial law in 1987 and came of age during the period of Taiwanese democratization. Anti-unification sentiments are most prevalent among Taiwanese youth; a recent survey by Commonwealth Magazine found that half of 20-to-29 year olds want Taiwanese independence if peace with China is possible. Likewise, the same survey reported that 82 per cent of 20-to-29 year olds identified as “Taiwanese” rather than “Chinese” or “both,” while only 55-to-58 per cent of older Taiwanese (aged 40-plus) consider themselves Taiwanese over Chinese.

This strengthening Taiwanese nationalism among the younger generation made their voting bloc a prime target for Tsai and the DPP. She and the party played up issues such as the Hong Kong student protests, warning youth voters about the consequences of closer relations with China. Meanwhile, the more China-friendly Kuomintang (KMT) and its presidential candidate Han Kuo-yu sought to appeal to a sense of economic hopelessness, making a case for the economic benefits of closer cross-strait relations.

In her victory speech, Tsai characterized this election as a decision for freedom and democracy, and many Taiwanese youth have rallied behind this promise. These young voters, who largely support Taiwan’s independence if it can be achieved peacefully, seem to have chosen to reject the KMT’s economic message. Some are happy with Tsai’s promises, but others want to see a stronger push towards independence. This is a generation that has grown up with freedoms they do not wish to lose and is looking for leaders who will ensure that they won’t.

The KMT in the Wilderness

Han Kuo-yu’s 5.5 million-strong showing was far from the KMT’s worst electoral performance. But as observers have noted, not too long ago, the DPP was on a downward trajectory that culminated in a landslide loss to the KMT in the 2018 local elections. A year later, however, the DPP emerged from the general election victorious, securing both the presidency and a majority in the Legislative Yuan.

KMT Chairman Wu Den-yih and eight members of the party’s Central Standing Committee all stepped down not long after the 2020 election. Personnel changes, however, did little to quell discontent from the grassroots as larger questions continue to swirl around the party’s perceived pro-Beijing stance. Hsiao Ching-yan, director of the KMT’s Youth Department, cited the party’s continued embrace of the ‘1992 Consensus’ – a tacit understanding reached in 1992 between the KMT and Beijing on Taiwan’s belonging to China that leaves the definition of “China” purposefully undefined – as the chief reason for its loss. Hsu Chiao-hsin, a Taipei city councilor who stands out for being young in a mostly aging party, repeatedly questioned some party members’ ties with Beijing. In a protest outside the party’s headquarters, a congregation of young KMT members slammed the party for its reluctance to defend Taiwan’s democracy against Chinese provocations.

It is unclear whether the KMT will undertake significant policy reforms demanded by some of its supporters. Will it continue to embrace a pan-Chinese national identity, or will it try to distance itself from Beijing? The question takes centre stage in the current campaign for the new KMT chairman, with candidates disagreeing over whether the party should focus on arguing for Taiwan’s Chinese identity or safeguarding Taiwan’s democracy from Beijing. Whether the KMT goes one way or the other will surely shape the century-old party’s electoral fortunes and affect the future trajectory of Taiwan’s democracy. For now, the clock is ticking on the KMT’s reform agenda. The party continues to bleed support, dropping to a low of 12.5 per cent in a recent poll released by the Taiwanese Public Opinion Foundation.

Founded by Taipei Mayor Ko Wen-je in August of 2019, the Taiwan People’s Party (TPP) has emerged as the third-largest political party after capturing five seats in the Legislative Yuan. The newcomer party is made up of ex-members of both the KMT and the DPP, and appeals to voters seeking a moderate alternative in a polarized two-party system. While its advocacy for a return to evidence-based policy-making is clear, the TPP takes a much vaguer stance on cross-strait relations, closely mirroring its founder, who continues to espouse that “two sides of the Taiwan strait are one family” and that “unification and independence are both non-issues.” 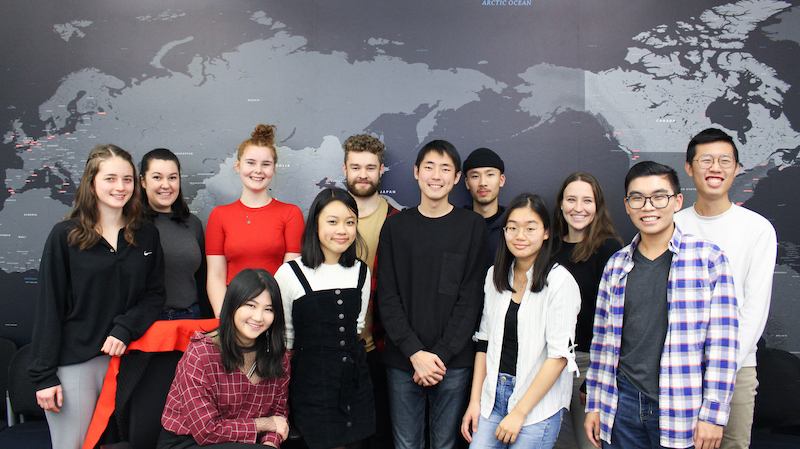 Through the particularities of Taiwan’s voting procedures, the TPP gained five seats in the Legislative Yuan by proportional representation but failed to win in any electoral districts. The party’s ascendance may have been bolstered by a subset of voters who value pragmatism and flexibility in cross-strait relations, but this ascendance is not without pitfalls: the lack of a robust local presence means that the party’s future relies more on Ko’s personal appeal. Challenges to his brand, whether on his reluctance to clarify his position vis-à-vis Beijing or on his numerous personal controversies, cast doubt on his party’s long-term viability.

Looking Ahead: Shifting from Campaigning to Governing

The relationship with its cross-strait neighbour has loomed large in Taiwanese politics since democratization. In this past election, Tsai Ing-wen made preserving Taiwan’s sovereignty her number one issue and secured a convincing victory against the more Beijing-friendly Han Kuo-yu. But campaigning is different from governing. A rocky relationship with Beijing, which continues to threaten the use force in pursuit of unification, can lead to serious consequences. Taiwan’s current exclusion from the WHO amidst a potential COVID-19 pandemic is a case in point. But as Taiwan’s relative success in navigating through the U.S.-China trade war and containing the domestic spread of the coronavirus demonstrates, maintaining some distance from Beijing can also prove beneficial.

Tsai, a moderate who favours the status quo over formal independence, is constitutionally barred from a third term. The next standard-bearer of the DPP may well take a more radical position on the question of unification or independence. Meanwhile, the KMT, in defeat, is in the midst of an identity crisis. And it remains an open question whether the TPP will build upon its success, clarify its stance on Beijing, or give way to other alternatives such as the independence-leaning New Power Party (NPP). While Tsai began her second term with a strong legislative majority, much is up in the air. The problems facing her government have placed it in a state of flux, but the solutions offered by her rivals are equally uncertain.