Who Will Win the Fight for Facts and Freedoms in the Philippines?

At the Atlantic Forum’s 2022 Disinformation and Democracy conference in April, Nobel Peace Prize winner Maria Ressa noted, “. . . when we’re up against lies, we can’t just win because facts are really boring.”

The quote encapsulates the challenge Ressa and Rappler, the Filipino news site she co-founded in 2012, are up against: rampant disinformation, misinformation, and fake news. During the country’s 2016 and 2022 elections, candidates weaponized disinformation to promote their narratives and tarnish those of their opponents. But these disinformation campaigns did not end with the election cycles. Instead, they continue to thrive in a political and legal environment that perpetuates the spread of disinformation and limits the work of groups like Rappler and others to fact-check it.

The Philippines’ Securities and Exchange Commission (S.E.C.) announced in June that it was revoking Rappler’s operating licence, and that the news site would have to close its operations. In early July, it was announced that Ressa had lost her cyber libel case and was facing prison time. These legal cases have been condemned by multiple human rights organizations, which tie them to worsening media freedoms in the Philippines. The S.E.C. decisions are currently under appeal, but as outlined below, through the presidential administration of Rodrigo Duterte (2016-22) and now at the dawn of a new administration under Ferdinand “Bongbong” Marcos, Jr., Rappler’s – and Ressa’s – fate remains perilously in limbo.

SFU Vancouver Speaker Series Event: Join Nobel Peace Prize laureate, SFU Honorary Degree recipient, and renowned journalist Maria Ressa on Tuesday, September 13, 2022 for her presentation on how democracy dies by a thousand cuts. Register for the online and in-person event hosted from the SFU Goldcorp Centre for the Arts (149 West Hastings Street Vancouver, B.C.) with doors at 6 p.m. and the presentation beginning at 7 p.m.

Duterte, disinformation, and the 2016 elections

The use of disinformation in the Philippines was scaled up during the 2016 general elections, especially by the campaign of then-candidate Rodrigo Duterte. His campaign relied on disinformation designed to promote his credentials and personality, as well as his signature campaign issue of cracking down violently on crime and drug use. These narratives were amplified by a combination of trolls and bots that worked to ensure that the disinformation trended across the country’s far-reaching social media.

Journalists began to be targeted and attacked on multiple levels, not only by these same trolls but also by other users that were not formally attached to the Duterte campaign. These attacks included unfounded accusations that the journalists were being paid to criticize Duterte’s campaign. Because Duterte’s campaign, and then his presidency, embraced narratives of violence in combatting crime and drug use, it gave indirect license to citizens and other government agencies like the police force to increase their hostilities against journalists.

Rappler vs. the legal system

As fake news and disinformation became more prevalent in the Philippines, Rappler established a section dedicated to fact-checking other supposed news sources. The site became one of the most critical voices of the Duterte government, often fact-checking his statements and reporting on his bloody ‘War on Drugs.’ Duterte, rather than moderating his actions or statements, went on the offensive, using disinformation to discredit Rappler and its journalists. Below is a summary of the major legal actions taken during this period to stifle Rappler and its efforts to hold the politically powerful accountable.

Duterte launched the first major legal battle against Rappler by claiming in a speech that it was “fully owned by Americans.” If true, it would violate the country’s Constitution, which prohibits foreign entities from owning domestic media outlets. While Rappler denied this claim and provided strong evidence of Filipino ownership, the accusation still set off a chain of investigations that would turn into a years-long legal battle.

This was also the year a second legal battle got underway for Rappler and Ressa, focusing on cyber libel, which falls under the Philippines’ controversial Cybercrime Prevention Act. The Act faced initial pushback over its classification of libel as a cybercrime punishable by up to 12 years in prison, but was ultimately enacted. In this cyber libel case, Filipino businessman Wilfredo Keng filed a suit against Ressa and Reynaldo Santos Jr., an author and senior researcher and writer at Rappler, over an article that alleged that a chief justice of the Supreme Court of the Philippines had taken favours from Keng. The article was published in 2012, approximately four months before the cybercrime Prevention Act was signed into law.

The S.E.C. revoked Rappler’s operating licence based on an investment in the company by the founder of eBay. Returning to the claim Duterte made about foreign ownership, the S.E.C. argued that a prior investment by eBay founder Pierre Omidyar, a French-born Iranian-American, was evidence of foreign ownership. Rappler quickly appealed the decision and argued that the accusation was part of a “continuing wave of harassment.” While the Court of Appeals denied Rappler’s petition, it also informed the S.E.C. that revoking its licence should be a last resort and the news site should be given time to make the required corrections. As a result, the S.E.C.’s decision could not be enforced.

The following year, there was also progress on the cyber libel case, with the country’s cybercrime division recommending cyber libel charges against both Ressa and Santos Jr. This decision was followed closely by the issuing of arrest warrants carried out at Rappler’s headquarters. While Ressa and Santos Jr. were able to post bail and remain free, according to Human Rights Watch, this incident was still “part of a broader campaign by the Duterte administration to harass and silence critics.”

Rappler’s appeal of the S.E.C.’s decision quickly moved to the country’s Court of Appeals, where it would remain until 2022, as it was dealt with through a series of motions, appeals, and investigations. Finally, on June 29, the S.E.C. reaffirmed its initial decision to revoke Rappler’s operating licence and essentially shut down its operations.

However, this decision is not necessarily the final nail in Rappler’s coffin. Following the July decision, Rappler filed with the Court of Appeals and will likely continue to fight until the case reaches the Supreme Court. As the case is under appeal, the S.E.C. cannot enforce its decision, meaning Rappler can continue operating for now. But it and Ressa continue to be the target of multiple other legal actions, including cyber libel complaints, a challenge from the Philippines’ solicitor general, and various tax issues.

Also, in July, the Court of Appeals upheld Ressa and Santos Jr.’s cyber libel convictions, extending the potential jail sentences to six years, eight months, and 20 days. The verdict was widely condemned, with Amal Clooney, one of Ressa’s lawyers, stating that in practice, it appears that Ressa “is considered guilty until proven innocent – and then prevented from proving her innocence.” Ressa and Santos Jr. remain out of prison on bail and continue to fight the conviction in court, but Ressa is also fighting several other cyber libel cases.

The Marcos family and a new era of disinformation

The new president, who was inaugurated on June 30, has not given clear signals yet as to whether he will use the powers of the presidency to go after Ressa and Rappler with the same gusto as his predecessor. But Marcos Jr. and his supporters have shown over decades that they are comfortable deploying disinformation and could continue to make the Philippines a difficult operating environment for fact-checking media. Starting in the early 2000s, when social media was in its infancy with sites like Friendster and Flickr, the politically powerful Marcos family, whose former patriarch, Ferdinand Sr., ruled the Philippines as a dictator for 14 years, was already hard at work at the disinformation game.

The Marcos clan capitalized on the emergence of social media sites to change the narratives surrounding the family’s controversial history, arguing that they had been maligned and targeted by their opponents and critics. The narratives they were changing were related to credible accusations of torture, the illegal acquisition of vast amounts of wealth from the country, and the period of martial law (1972-81).

As social media has matured over the years, the Marcoses and their supporters have maintained their savvy in using it to spread false information about themselves. Volunteers have continued to edit and re-edit the Marcos’ Wikipedia pages to remove negative phrases and add positive narratives. This practice has devolved into what is known as “edit wars” between the pro-Marcos volunteers and individuals removing false content to be in line with the website’s rules and citation requirements.

For Ressa and Rappler, the only certainty right now seems to be more uncertainty. While Rappler can continue to operate for now and Ressa and Santos Jr. remain out of prison, that could change depending on what course the multiple legal battles ultimately take.

According to Reporters Without Borders, the Philippines has long been one of the most dangerous countries for journalists; they have been subjected to threats, lawsuits, gender-based harassment, and in the most extreme cases, murder. There has also been a high rate of impunity for those who commit such acts of violence and harassment. The danger to those who try to take on disinformation can now be added to the list of risks facing journalism professionals.

The case of Rappler is not unique – several other publications based in the Philippines are facing similar legal issues. But if the country’s politically powerful succeed in finally shutting its operations down, it could have a chilling effect on others in the country.

While it is still early days in the Marcos Jr. administration, the family’s proclivity for disinformation seems to be setting it up for a clash with a news site that has shown that when it comes to fact-checking, it does not easily back down from a fight. 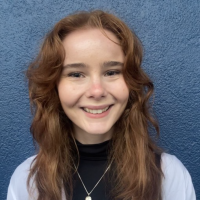 Kelly Grounds is in her final year at Simon Fraser University, completing a Bachelor's of Arts with Honours in Political Science and International Studies. Previously, she completed courses with the NATO Defense College and Transparency International. Kelly is also a research assistant on projects looking at state-sponsored disinformation and the role of international intuitions and will be joining the Canadian Federal Government as a Junior Policy Analysis once she completes her degree. In her spare time, she is working on a project that analyses the state of Canada’s foreign and defence policy, with a focus on international interference, cyber policies, and Arctic security.

Disinformation, Disruption, and the Shifting Media Ecosystem in the 2022 Philippines Election