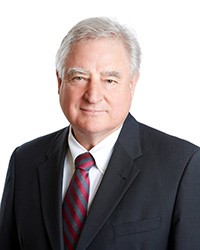 David L. Emerson, P.C., O.B.C. is a Corporate Director and Public Policy Advisor. Nationally, he has held senior positions with the Government of Canada, including: Minister of Foreign Affairs, Minister of Industry and Minister of International Trade with responsibility for the Asia Pacific Gateway Initiative and the 2010 Vancouver Olympics.

Mr. Emerson is currently Board Chair of Maple Leaf Foods, and the Asia Pacific Foundation. He also serves on the Board of Directors of Deloitte Canada. Mr. Emerson is a recipient of the Order of British Columbia, the Peter Lougheed Award of Excellence in Public Policy and was named an Honorary Associate of the Conference Board of Canada.