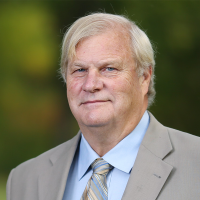 John holds a Bachelor of Arts from Yale University, a Master of Philosophy, Politics and Economics from Oxford University, and a master’s degree in Public Administration from Harvard University’s Kennedy School of Government. He also received a post-graduate diploma in Nice, France, from the Institut Européen des Hautes Études Internationales.

A resident of Ottawa, John also serves as a Director on the Conference Board of Canada, the Alberta Machine Intelligence Institute, Genome Atlantic, the Ontario Energy Board, and COVE Atlantic (Centre for Ocean Ventures and Entrepreneurship) and is a member of the Selection Committee of the Governor General’s Innovation Awards.