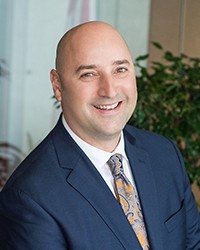 John Montalbano built his career in asset management, first as an equity analyst and then as an institutional portfolio manager at Phillips, Hager & North Investment Management Ltd. (PH&N), where he was appointed President in 2005. In 2008, when the Royal Bank of Canada acquired PH&N, John became CEO of RBC’s newly expanded asset management business, known as RBC Global Asset Management (RBC GAM).

By 2015, when he retired as CEO, RBC GAM had clients in over 40 countries, managing in excess of $370 billion of assets. RBC GAM maintained offices in Canada, the United States, the United Kingdom and Hong Kong, as well as a joint venture headquartered in Beijing, China. As Vice Chairman of RBC Wealth Management, John was focused on business development and special projects for the Royal Bank of Canada. In 2017, John was appointed as a Director of the Canada Pension Plan Investment Board.

John holds a Chartered Financial Analyst designation and a Bachelor of Commerce, with Honours, from the University of British Columbia (UBC). He is a Leslie Wong Fellow of the UBC Portfolio Management Foundation and also holds an Honorary Doctorate of Letters from Emily Carr University.

John’s community contributions include: Trustee of the Killam Trusts, in support of graduate studies at institutions across Canada; member of the Investment Committee, Canada Council for the Arts; Chair of the Vancouver Public Library Capital Campaign and serves as Director for the Boards of Junior Achievement British Columbia, The Vancouver Police Foundation and St. Paul’s Hospital Foundation.