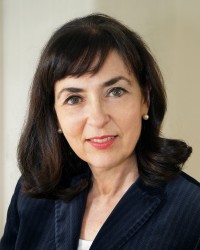 Vice-chair of the Board, Asia Pacific Foundation of Canada

Marie-Lucie Morin served as Executive Director for Canada, Ireland, and the Caribbean at the World Bank from 2010 to 2013. Before joining the World Bank Ms. Morin pursued a 30-year career in the Federal Public Service.

She was appointed National Security Advisor to the Prime Minister and Associate Secretary to the Cabinet (2008 – 2010); previously served as Deputy Minister for International Trade and as Associate Deputy Minister of Foreign Affairs (2003 -2008). During the earlier years of her career with the Department of Foreign Affairs and International Trade, Ms. Morin completed assignments in San Francisco, Jakarta, London, and Moscow. She was appointed Ambassador to the Kingdom of Norway with concurrent accreditation to the Republic of Iceland (1997 – 2001).

Ms. Morin was awarded the Governor General’s 125th Anniversary of the Confederation of Canada Medal, was named Chevalier de la Légion d'honneur in 2012 and became a member of the Order of Canada in 2016.

Ms. Morin serves on Corporate and not-for-profit Boards; she was an advisor to the Canada Transportation Act Review panel which tabled its Report in December 2016. She is a member of the Security Intelligence Review Committee (SIRC).

Ms. Morin, a lawyer, is a graduate of the Université de Sherbrooke. She was admitted to the Quebec Bar in 1980.