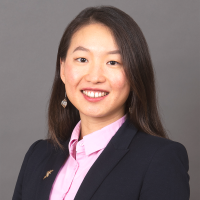 Sharon Zhengyang Sun is the Trade Policy Economist at the Canada West Foundation in Calgary, Alberta. She specializes in research on international trade policy and the Asia Pacific. She has a long-standing research interest in China-Canada commercial relations and China’s free trade agreement behaviours and effectiveness. Her broader interest focuses on the impact of free trade agreements in the Asia Pacific region on trade and trade infrastructure.

Ms. Sun has contributed to opinion pieces and has been interviewed as a subject matter expert by publications such as The Globe and Mail, Hill Times, Global News, Western Producer, and Maritime Magazine. She has also appeared on radio and podcast interviews related to trade and economic relations with China and the Asia Pacific, such as CBC radio, RealAg Radio, and Business in Vancouver. She has made several presentations and roundtable talks to producer associations, business associations, federal, provincial, and smaller community governments.