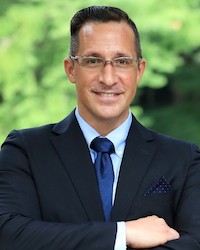 His recent funded research projects are Sino-Japanese Relations in the Wake of the 2012 Territorial Disputes: Investigating changes in Japanese Business’ trade and investment strategy in China. Currently he is conducting a long-term research project entitled Perceptions and drivers of Chinese view on Japanese and US Foreign Policy in the Region funded by the Japan Society for the Promotion of Science (JSPS) and participating in a book project called Chinese International Relations Theory: As Emerging from Practice and Policy.

He has published widely in peer-reviewed international journals such as China Perspectives, East Asia, the Journal of Asian Politics and History, Strategic Analysis, and the International Studies Review on topics related to trade, nationalism, Japanese maritime security policy, and China-Japan relations. He has also published in think-tank and commercial outlets such as the China Economic Quarterly and the World Commerce Review on trade and political risk.