China’s ‘Belt and Road’ Strides into the Arctic, Few Notice

The scene wouldn't have looked out of place in a James Bond film. In the Arctic port of Sabetta, in front of an audience that included the Saudi Arabian energy minister, billionaires, and various Chinese officials, at the push of a button Russian President Vladimir Putin gave the order for liquefied natural gas to begin flowing from the newly-constructed Yamal LNG plant to the newly-constructed gas tanker, Christophe de Margerie. With this ceremony, Russia made another inroad into its vast Yamal peninsula gas reserves, estimated at a quarter of the global total.

Russian President Vladimir Putin takes part in a ceremony starting the loading of the first gas shipment onto the icebreaking tanker 'Christophe de Margerie' from the Yamal LNG plant in the port of Sabetta on the Yamal Peninsula beyond the Arctic circle, some 2,500 km of Moscow, on December 8, 2017.  |  Photo: Alexey Druzhinin/AFP/Getty Images

The opening of the Yamal LNG plant gave Russia its second LNG plant, the Arctic its largest, and China a new source of desperately needed energy. The opening of the Yamal spigot represents the falling into place of another crucial piece of China's global infrastructure strategy, the Belt and Road Initiative (BRI); and, yet it seems somehow, the West missed it.

The Yamal LNG plant is conspicuously absent from many of the formal maps of the Belt and Road Initiative that Western scholars and think-tanks produce. This is puzzling because, as far as infrastructure projects go, Yamal is pretty belt-and-roady. It is an LNG port on Russia's Arctic coast built for the purpose of taking natural gas from underneath Russia's Yamal peninsula, liquefying it, loading it onto icebreaking tankers, and sending it to Asian markets via Russia's Arctic coast in the summer, and via the Barents Sea and Suez Canal in the winter. In short, this is an infrastructural linkage that brings Eurasian energy resources to China, a strong alignment with the overarching objective of BRI. 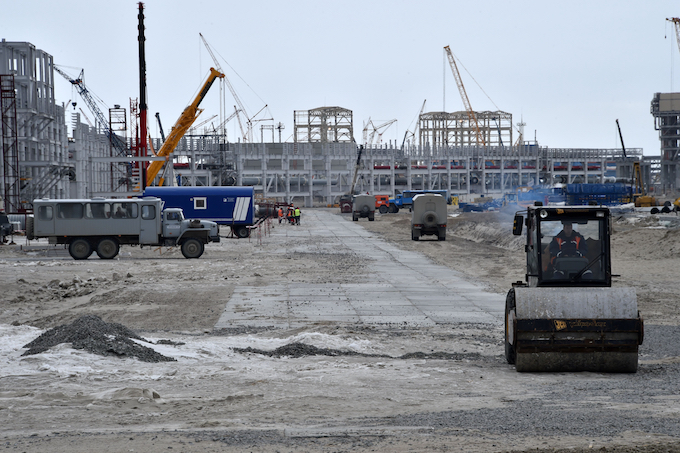 A general view shows the construction site of a gas processing plant at the port of Sabetta in the Kara Sea shore line on the Yamal Peninsula in the Arctic circle, on May 5, 2016. Yamal LNG has a capacity of 16.5 million tonnes per year and is valued at US$27 billion.  |  Photo: Kirill Kudryavtsev/AFP/Getty Images

Beyond the attributes of the project itself, many of the characteristics of Chinese involvement signal that this is a component of BRI. For starters, a mere two days before Xi Jinping announced the Silk Road Economic Belt at Nazarbayev University in 2013, he was in St. Petersburg alongside Vladimir Putin presiding over an agreement between China National Petroleum Corporation (CNPC) and Yamal LNG for the former to buy a 20 per cent stake in the latter. A further 9.9 per cent of the project was purchased by BRI's dedicated policy bank, the Silk Road Fund, in 2015. Fund Chair Jin Qi later cited the Yamal acquisition as an exemplar of the Silk Road Fund's emphasis on "greenfield project development, international mergers and acquisitions, and energy co-operation support," as well as the Fund's emphasis on equity investment.

Other Chinese financial institutions commonly associated with the Belt and Road Initiative (i.e. China Development Bank and Export-Import Bank of China) also extended substantial financing to the project; in keeping with BRI's aim of Renminbi (RMB) internationalization, much of this funding was denominated in RMB. Finally, presidents Xi and Putin signed an agreement in 2014 to relax Russian taxes on Chinese investment in the project in exchange for a guaranteed purchase of three million metric tonnes per year of the plant's output, creating what looks for all intents and purposes like a Yamal Special Economic Zone. 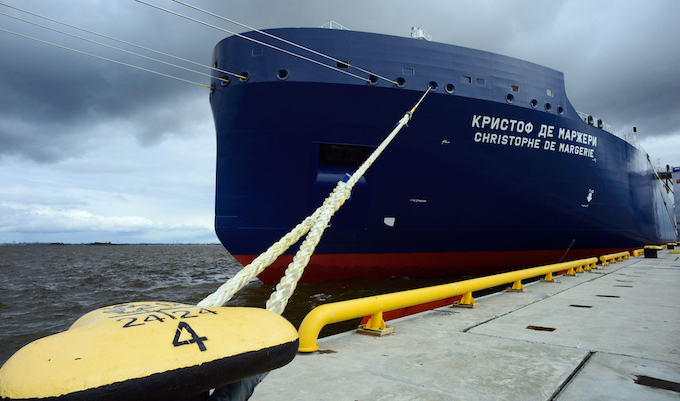 The failure to take notice of the connections between this significant infrastructure development and the Belt and Road Initiative is symptomatic of a broader tendency in much of the West to miss how BRI is already reshaping the Arctic and will continue to do so in the future. For example, an even larger 'Arctic LNG 2' is already under construction nearby. In fact, CNPC and Yamal's parent company, Novatek, have already signed a co-operation agreement to lay out how they will proceed with this project.

Further in the future, Finland and Norway are preparing to position themselves as the final link between Asian cargo coming from the Northern Sea Route and the broader European market via a hypothetical 'Arctic Corridor' rail line between the Arctic Port of Kirkenes and Rovaniemi, Finland. If Norway and Finland proceed with this project, they will probably be devoting substantial energy to pursuing Belt and Road investment. The two countries' transportation authorities are expected to release a joint feasibility study on this project in late February 2018 but in the meantime, the Finns have given us this dramatic video.

Pundits' over-reliance on official, often vague, statements of BRI's intended course may go some way to explaining their 'blindness' to BRI's role in the Arctic. The Northern Sea Route is not one of the six official economic corridors identified by BRI's founding documents, and it has not appeared on any of the official maps of BRI that have been released by Chinese state media. Until this year's Vision for Maritime Co-operation Under the Belt and Road Initiative, there was little official acknowledgement of BRI's Arctic connection, even as the Yamal project approached completion.

BRI's entry into the Arctic compels us to look beyond official statements to the realities on the ground and their connection to an overarching strategy of Eurasian integration. Given that BRI is widely understood to be of a dynamic, fluid, and even loosely-defined nature, analysts should be cautious in assuming anyone even has the map of where this will eventually go, let alone that they would share it with the public. Paying more attention to the overlap between BRI's objectives and Chinese investment, and less to official statements, might prove a fruitful approach to following BRI's future path, and China's global ambitions.