Climate change is expected to affect all parts of the world. Evidence from the National Aeronautics and Space Administration (NASA) shows that global sea levels in the last two decades are rising dramatically as surface temperatures warm oceans and shrink Arctic sea ice and glaciers. The adverse effects of climate change include the depletion of water, food, and land resources, the spread of disease, and the increase of natural hazards, such as floods, fires, heat waves, and droughts. Studies forecast that the increase in adverse conditions could force 25 million to 1 billion to become climate migrants by 2050, with most forecasts settling on 200 million people. This number is the current estimate of all international migrants worldwide. 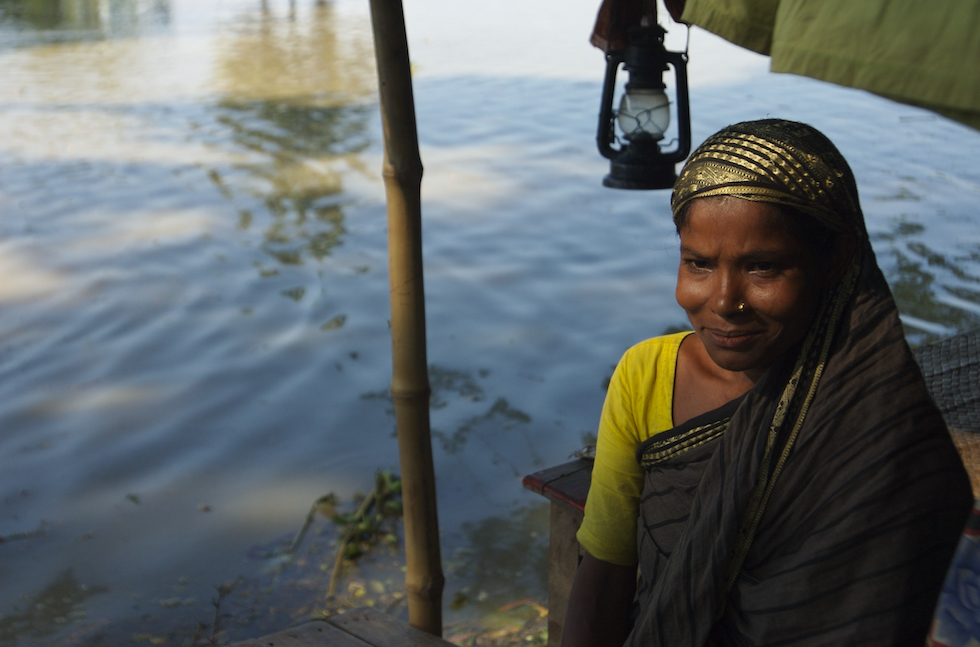 A flood victim sits on her bed beside rising floodwater along the Dhaka-Aricha Highway, Bangladesh's road connection to India, outside Manikganj in 2007. Flooding that year left more than 50 per cent of the country underwater and displaced upwards of six million people. | Photo: David Greedy/Getty Images

Bangladesh will be one of the countries hardest hit by climate change. In the future, a mass migration of Bangladeshi climate may be headed for India, the largest neighbouring country. They may not find it easy to enter India. Already, local tensions are increasing in India between current Bangladeshi migrants and Indian locals. As the number of climate migrants from Bangladesh grows, there is potential for now-local tensions to escalate into a major issue between the two countries.

Owing to the scarcity of land and other non-renewable resources in Bangladesh, as well as a lack of economic opportunities and social mobility, a number of Bangladeshi choose to move to India. Climate change will only worsen this situation. Eleven per cent of Bangladesh’s land is projected to be lost due to rising sea levels by 2050. More than 15 million migrants from the South Asian country may be displaced as a result of increased cyclones, droughts, and lack of fresh water for agriculture. Bangladeshis who live near the water or who farm for a living will be the most affected. 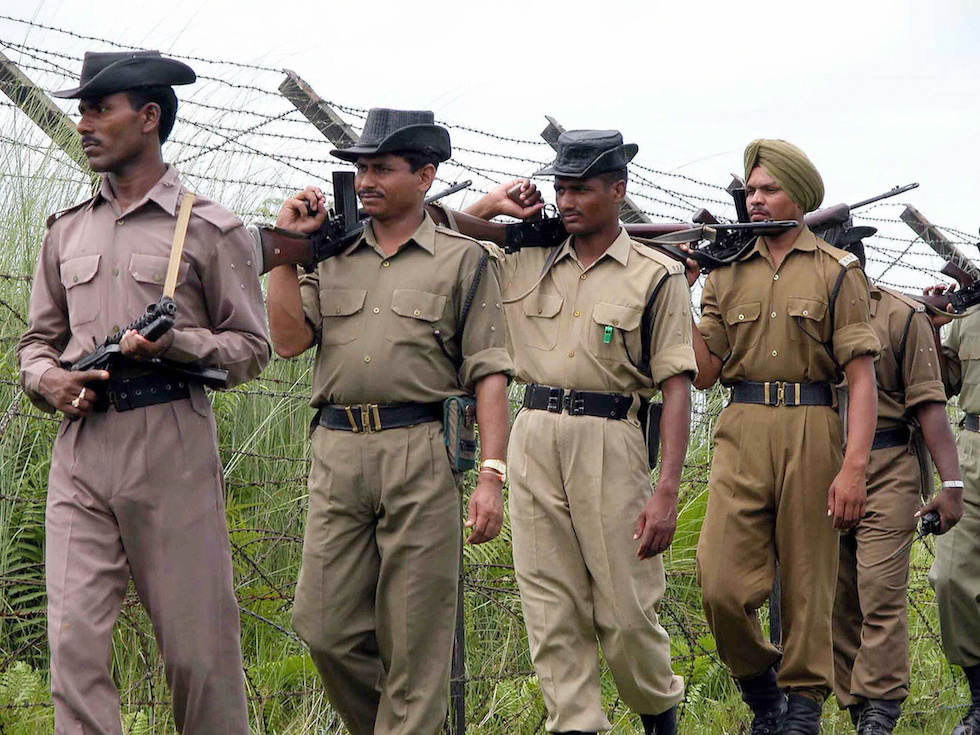 Indian Border Security Force soldiers patrol along the fenced India-Bangladesh international border in Satrasal, India, some 300 kms southwest of Guwahati, capital of India's northeastern state of Assam. The fencing of the border began in earnest in 2005 in a move to help curb smuggling and illegal migration. | Photo: STR/AFP/Getty Images

Tensions have also grown between Bangladeshi and local Indian communities. The large number of Bangladeshi migrants, particularly in border states, have changed the demographic makeup and way of life of India’s northeastern states. The most well-known case is from the Indian state of Assam, which long provided asylum to Bangladeshi migrants, documented or undocumented. However, tensions are brewing between Bangladeshi and Assam-born Indians. The increasing number of Bangladeshi moving across the border to Assam is threatening the land, resources, rights, and identity of the state, especially the ethnic Bodo group. Growing tensions between the two groups led to violence against Bengali-speaking Muslim villages, retaliations, and riots. In recent elections in Assam, proposals for Bangladeshi deportation were at the centre of the political debate.

With the already high tensions between Bangladeshi and local Indian communities, and the Indian government’s security approach towards undocumented migrants, a sudden influx of Bangladeshi climate-induced migrants will not be warmly welcomed.

Looking to Canada for Solutions

Being so far away from Bangladesh, is there any way for Canada to lend a helping hand to climate migrants, such as ones in Bangladesh? Canada has recently shown interest in climate migration. One of its related projects studies how environmental factors overseas influence international migration, specifically to Canada. One of the studies from this project looks specifically at Bangladeshi migration and found that 70 per cent of Bangladeshi migrated to Canada because of environmental reasons. Once the project is finished, researchers are hoping to help climate migrants successfully integrate into Canadian society by providing solutions to policy makers and increasing local awareness on climate migration. Looking at how this research unfolds may provide insight to countries affected by climate migration, such as Bangladesh and India.

Although every country, region, and city has its own characteristics and therefore cannot be generalized, it is important for more research to be done on climate migration, especially in countries that are the most affected, like Bangladesh and India. Up until now, not even a definition or categorization of “climate migrant” has been officially recognized. More research and discussion on climate-induced migrants will provide solutions on how to deal with the situation, rather than putting it on the back burner. In the end, climate change affects everyone, migrant or not.